We all know the huge video game and console giant that is Nintendo. Present right from the start of the gaming boom in the late 1980’s until present day, they are one of the most respected names in console gaming. From Super Mario to Gameboys, SNES’s and current models like the Switch, they have always been at the forefront of the video game industry.
What you might not know however is just what a bizarre and chequered history they had as a company before getting into gaming. Around since the late 1800’s, they had pretty much tried everything you can think of (and lots more beside!) to become successful until selling consoles to the public. Here are ten of the weirdest things the made and sold before video games.

The 1960’s was a particularly strange time for the Japanese games giant. In a bid to cash in on the permissive sexual nature of the period, they branched out into love hotels and making nude cards of women. These frankly deranged ideas were from young gun Hiroshi Yamauchi who had recently taken over the company from his grandfather. Wanting to drag Nintendo into the modern times, he fired all the old directors so he could bring in his own farcical ideas. The nude cards were his first brainchild before he settled on Nintendo running so-called ‘love hotels’. These places offered pay by the hour rooms for guests to rent and take their lovers or prostitutes to for sex.

You may have heard of the Yakuza before – they are the major organised crime syndicate in Japan and control lots of the country. Famous for tattoos and extreme violence, they are not to be messed with. This only makes it even more strange that Nintendo and the Yakuza had links from the very start. For a long time, Nintendo made a lot of their money from making playing cards that the Yakuza brought to use in their illegal casinos. Many believe that Nintendo knew exactly who were buying their cards and did not worry about it at all!

As noted above, Nintendo have tried to hit the bigtime in a whole range of industries and kids’ toys was another one. This was a big idea that got them into trouble though! The companies bosses thought it a good idea to come up with their own version of LEGO building blocks, called ‘N & S Blocks’. The problem was that they were pretty much identical to LEGO pieces apart from the connector shape on the bricks base. When you add in similar packaging and marketing that mainly focused on LEGO being rubbish and you had a recipe for disaster. LEGO sued them hard over it and the poor quality of their bricks meant they didn’t sell anyway!

Many of the crazy ideas Nintendo tried came in the time that Yamauchi was in charge of the business. To be fair, a lot of it was based on the need to move beyond merely selling playing cards to make money as he saw this would not last forever. Some of the things he threw money at though did not work out! Instant rice was one such idea. Convinced that he could sell this product the same as instant noodles, he invested in this sector in a major way. The trouble is that no-one wanted Nintendo’s instant rice, so it lost big amounts of cash.

To be fair, this idea at least made some money for Nintendo before it fell apart which is more than can be said for most of the ventures on this list. To diversify from merely selling playing cards, they decided to open up their own taxi firm called Daiya. All went well for a few months and the profits were rolling in – that was until the drivers actually wanted paying a proper wage. It turns out that the only reason Nintendo were making money on cab rides was because they were paying drivers so badly. Once the drivers pushed for and got a fair wage, it soon went under.

This is Nintendo’s very own version of a similar machine that is seen in dive bars and amusement arcades the world over. In a way, it is a natural but less overtly sexual follow-on to the love hotels or nude cards they had been trying to push. Come 1968 though, this was the next big idea from them and it actually worked! The machine had two handles which you and your other half held as the machine whirred away. When done, it would show how much in love you were, mainly from monitoring your heart rates. This machine sold well for Nintendo abroad and was one idea that worked for them, pre video games. 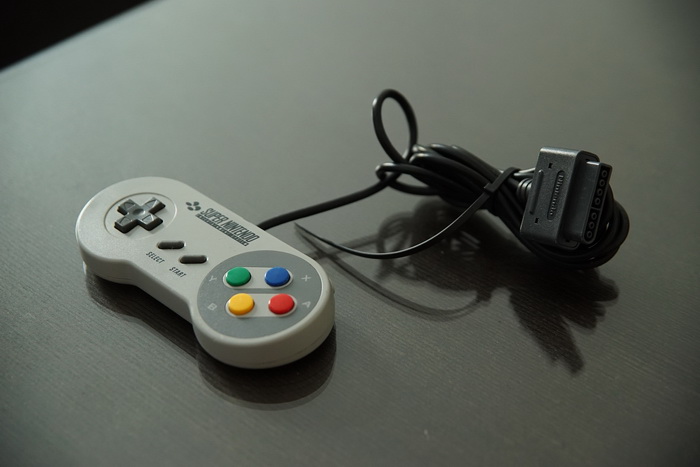 The big household goods market was another that Nintendo tried to crack during the 1970’s. This led to them designing and manufacturing their own hoovers. What was clever about their version was that it ran via a remote control. This meant you could sit on your sofa while the hoover did all the hard work for you! So, why did it never catch on? There were two big problems- it was really slow and had appalling suction. It would take one day to get round a single room and there would still be dust left behind afterwards.

Many of the failed ideas Nintendo had simply came out too soon. This early electronic drum machine was a classic example. Shaped like a bongo drum, it was totally programmable and had an autoplayer feature that was really ahead of its time. Released in 1972, there were five buttons on the top you could press to make different sounds. With a handy strap and amp connection so you could use it live, it was a great little bit of kit. Still didn’t sell very well though!

During the whole 1970’s, Nintendo actually got into office supplies in a big way. They sold a wide range of office products and one big one was the Copilas photocopier. There was one big reason to buy this compared to other brands – it was cheap and had lots of impressive features. Unfortunately, it also ran out of ink very quickly and parts burnt out fast. This meant that, although cheap to buy, it was very expensive to maintain. As you would expect, people soon got wise to this and gave it a miss.

To finish, we will go with one of the crazy ideas that actually made a big impact for Nintendo pre-video games. It was invented in the late 1960’s by the companies then janitor. At the time, Nintendo was almost out of business and this fun extending toy claw product saved them. Selling over 1 million, this kids’ grabber helped to pour money into Nintendo and keep them afloat. Interestingly, the same janitor who designed this also came up with the first Nintendo video game system and then the Gameboy. Obviously a pretty clever dude!

So, there you have it – just some of the many, many crazy ideas that Nintendo had tried out before sticking purely to video games. Although some did work like the Ultra Hand above, most people will think it advisable for them to stick to consoles and the world of gaming from now on.