We’ve covered numerous gambling related topics, but this time we decided to have a look at the organisations that are behind the magic, i.e. the companies that developed the most popular online slots that are played at many online casinos by millions of players from all over the world. Let’s see which the most successful and most renowned online slots developers are.

Everybody who knows a single thing about online slots and online gambling in general will not be one jot surprised that we are starting with NetEnt, a pioneering Swedish company that has been around for more than two decades and has released some of the most renowned online slots, such as: Gonzo’s Quest, Planet of the Apes, Berryburst, Hall of Gods and many more.

NetEnt’s most fierce rival, Microgaming was founded back in 1994 and has released hundreds of slots since. The company is currently based on the Isle of Man and their games are offered at a range of UK and international casinos. Some of their most successful titles include: Playboy, Immortal Romance, Battlestar Galactica, Agent Jane Blonde and the iconic Thunderstruck II that was released back in 2010.

Playtech completes the top trio of online slots developers alongside NetEnt and Microgaming. The company was founded in 1999 in Estonia and it is listed on the London Stock Exchange with 5,000 employees in over 15 countries and 140 global licensees has released online classics like Age of the Gods (series), Gladiator, Big Bad Wolf, Great Blue and Beach Life.

Gamesys might not be one of the top three slots developers, but this company has established its presence on the market with a series of innovative slots titles. In addition to being a slots provider, Gamesys also operates several brands such as Virgin Games and Jackpotjoy. When it comes to particular slots, Secrets of the Phoenix, the Godfather and Fire & Ice definitely deserve a mention, but Double Bubble is definitely their star. If you want to know more about this innovative title, have a look at the Double Bubble review at SlotsWise and find out more.

If you prefer, or you think you’d prefer more casual games, Eyecon’s slots might just be your cup of tea. Founded in 1997, this Australian company based in Brisbane has released a fair share of games over the years, including classic casino games like Baccarat, Blackjack and Roulette, as well as slots like 99 Time, Aztec Rising, Fluffy Favourites and DoubleUp Ducks. 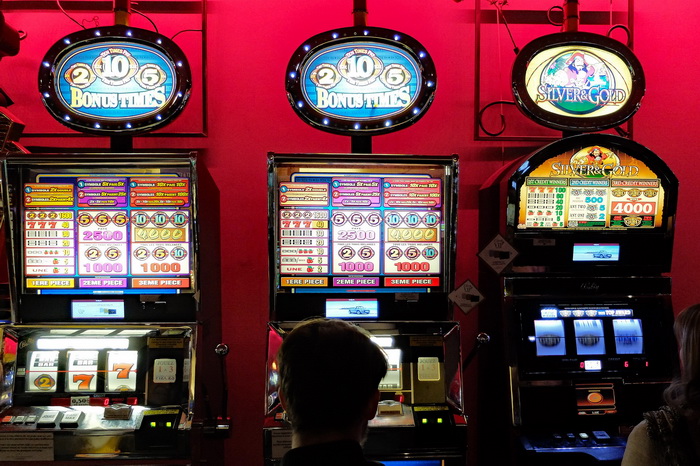 Despite the fact that Red Tiger Gaming was founded as late as 2014, with the innovative approach of their team, this company managed to establish itself as one of the fastest-growing providers. Red Tiger offers both 2D and 3D games, all featuring high-definition graphics. All their releases are delivered in HTML5 which makes things a lot easier for players who prefer playing their favourite slots on their smartphone or tablet. The most renowned Red Tiger Gaming slots include: Laser Fruit, Jack in a Pot and Chinese Wilds.

We have another Australian company on our list, Reel Time Gaming is based in Queensland and it was established in 2009, by individuals with years of previous experience in the industry. It became clear that this provider is here to stay, especially after the release of Fishin’ Frenzy Reel Time Gaming’s most popular title.

This is not a company that tries to compete with NetEnt or Microgaming, but they fought hard to establish and keep their position in the everchanging and vibrant industry. Genii has been around since the mid-90s with more than 130 released games over the years. Throne of Gold and Traces of Evidence are two of their most popular games.

We have mentioned on more than one occasion that online gambling is a highly competitive industry, with few well-established industry giants and a number of companies that have been around for many years and have released plenty of exciting games. That’s what makes Yggdrasil’s success even more impressive. The company’s first license was issued in 2013. Have a look at Yggdrasil’s selection of games and you’ll realise why the company manage to establish its reputation so quickly – Vikings Go To Hell, Nirvana, Vikings Go Wild and Champions of Rome.

Last, but not least we have Williams, also known as WMS, a company that was established two and a half decades ag, back in 1994. The company is part of Williams Manufacturing Company – which has been around since the Second World War and has released a number of gaming cabinets, arcade games and conventional land-based slots. With Reel ‘Em In, WMS establish its position on the map and they have since released their mega-popular series of monopoly-themed games, including Epic Monopoly II slots.