Rockers, royals, movie stars, sportsmen – the A-listers who love to the casino lifestyle.

As live casino connoisseurs RightCasino.com attest, Dan Bilzerian is someone who has become famous because of gambling. Sure, he has some outside interests – he has worked as a stuntman and played a supporting role in the Mark Wahlberg film Lone Survivor. However, it’s for gambling – or rather, the brilliant way in which he has marketed himself as an international playboy – that the ‘Instagram King’ is most widely recognised. Quite how successful a punter ‘Blitz’ has been is hard to say. Although he did once win $36,000 in the World Series of Poker Main Event, talk of him scouring pots worth several million dollars remain difficult to confirm. That said, between constantly being photographed with a coterie of beautiful women and co-starring with Verne Troyer in commercials for bgo.com, few would deny that Bilzerian is a gaming personality who’s well on the way to becoming genuinely famous. 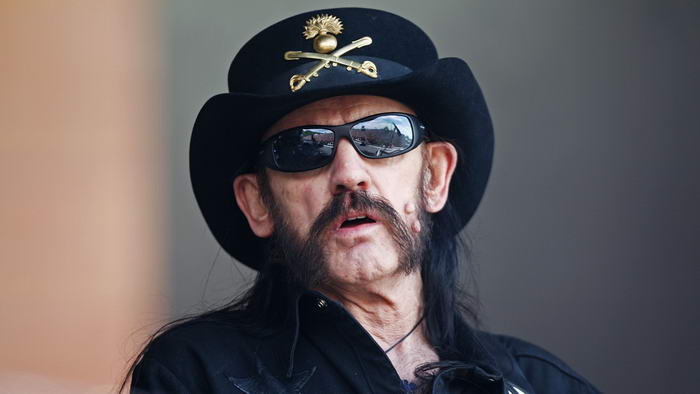 It’s perhaps not surprising that the man who wrote Ace Of Spades is a big gambling nut. But for the man born Ian Fraser Kilmister, it’s not poker or blackjack that’s the draw – no, Motorhead’s bassist and lead singer loves nothing more than an evening spent playing the slots. As Dave Vanian, the lead singer of The Damned, recalls in the award-winning documentary Lemmy: The Movie; “At one of the clubs in London we used to frequent, you’d go in there and every time – and I mean, every time – Lemmy would be there stood at the one-armed bandit. And he’d still be there by the time it came to leave. He’d just play and play. I don’t know how much he lost or won. But he seemed very at home there with a Jack and Coke in one hand and the handle of the one-armed bandit in the other.” 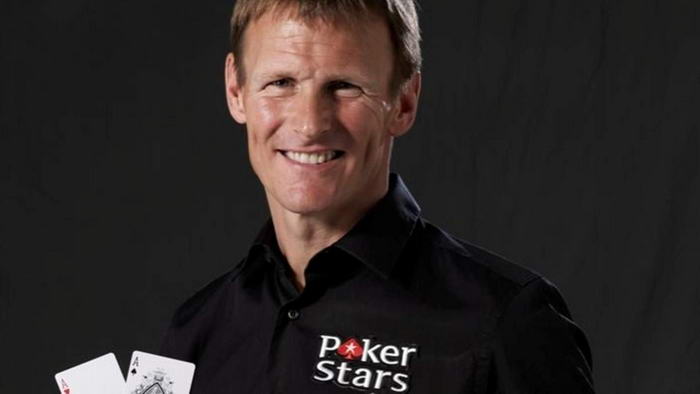 The man Brian Clough insisted on referring to as ‘Edward’, Sheringham is one of a number of sportsmen to have discovered a post-career safe haven in the form of the celebrity poker circuit. Capped 51 times by his country, Teddy’s post-soccer triumphs include making the final table in the €5,000 No Limit Hold ‘Em Main Event at the European Poker Tour Vilamoura tournament in Portugal. In finishing fifth out of a field of 384 players, the former Spurs and Manchester United striker netted €93,121. In the wake of this, Sheringham was made a VC Poker ambassador in which capacity he now hands out hints and advice. As for the sportsmen who have followed in his footsteps, they include darts great Eric Bristow, basketball loose cannon Dennis Rodman, baseball stars Ken Griffey Jr, and fellow former footballers Lou Macari and Jimmy Bullard. 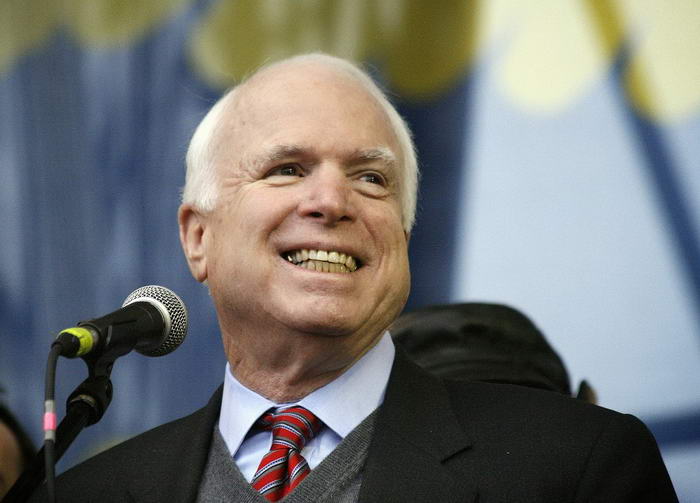 Had it not been for that pesky Barack Obama, John McCain might have become the 45th President of the Unites States. A war veteran who suffered years of abuse at the hands of his North Vietnamese captors, McCain had a backstory that seemed guaranteed to garner votes. In the end a charismatic opponent and the rather quixotic decision to choose Sarah Palin as his running mate put paid to his hopes of winning the White House. However, he mightn’t have got half as far had stories about his gambling problems been better known. In particular, McCain’s love of craps might have left millions of voters less than willing to trust him with the nation’s economic health. And just how much does the US Senator for Arizona enjoy dice? So much so that he’s been known to play the game for up to 24 hours at a time. 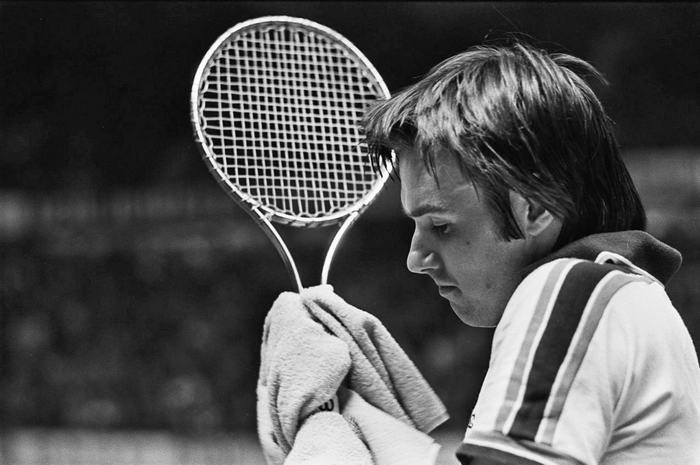 Over the course of his 24 year career, James Scott Connors won 109 ATP titles. A bona fide tennis legend, Connors also won eight majors, including a brace of Wimbledon championships and five US Open titles. If only he had been as successful at the gaming tables. Unfortunately, Jimmy’s enjoyment of gambling rarely translated into massive wins. In fact, during one ATP event in Las Vegas, Connors lost so much to the casinos, he reached the final knowing that he needed to win in order to settle his debts. Often at his best when his back was against the wall, our man emerged victorious and with his knee-caps entact. A reformed character these days, Connors writes at length about his gambling issues in The Outsider, the memoir that secured him the British Sport Book Award for Best Memoir. 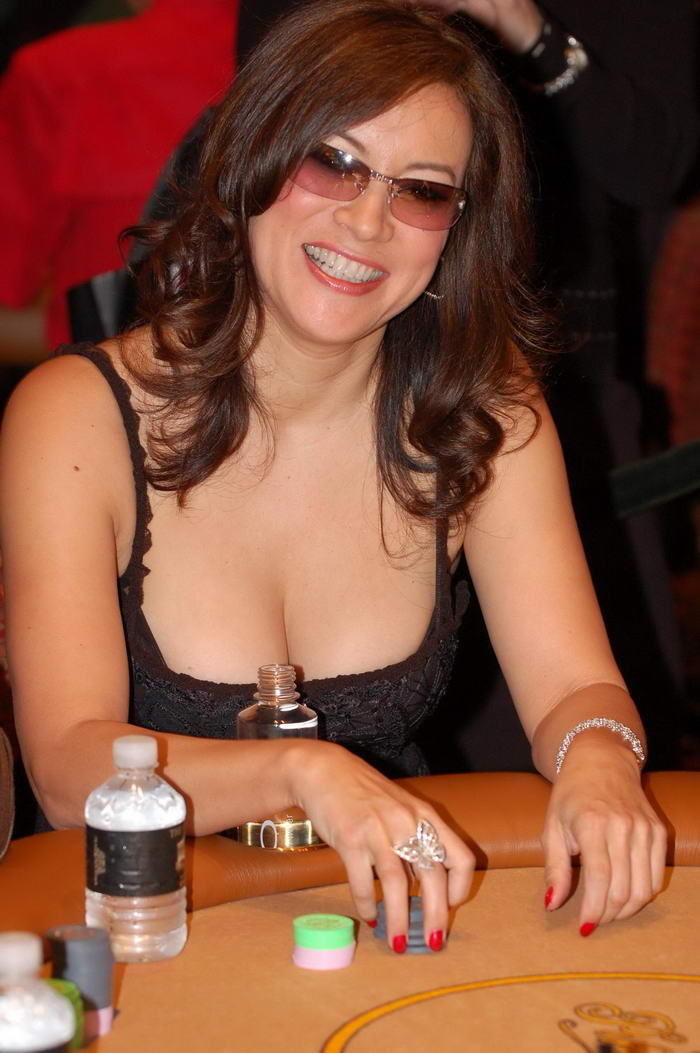 She was Oscar-nominated for her performance in Woody Allen’s Bullets Over Broadway, she provides the voice of Bonnie Swanson on Family Guy, and her list of hit films includes Bound, Liar, Liar, Let It Ride and Monsters Inc. But when Jennifer Tilly isn’t acting, she’s out there winning money and prizess playing poker. Lifting a World Series of Poker bracelet – and over $100,000 – in 2005, Tilly has also won the WPT Ladies’ Invitational and the Bellagio Cup and was named Celebrity Poker Player Of The Year by CardPlayer.com. In a long-term relationship with Irish poker player Phil Laak, Tilly is renowned for coming to the table in low-cut tops. It’s a measure of how savvy a player she is that she’s aware that her rivals “Aren’t looking at my pair, they’re looking at their pair. Nothing looks better to those guys than a pair of aces.” 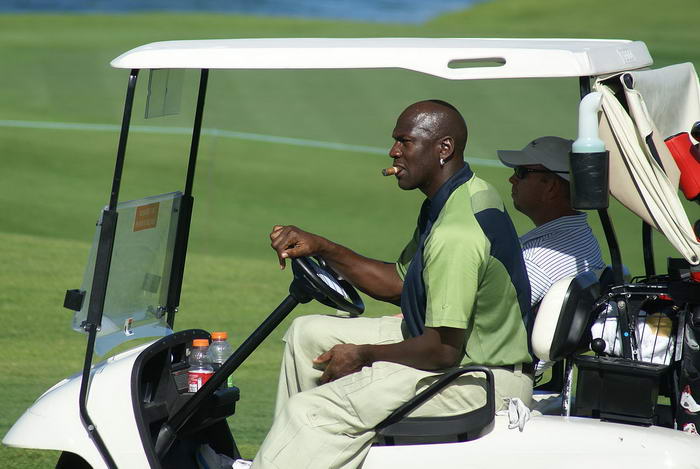 If there’s one thing Michael Jordan’s better at than basketball, it’s squandering a fortune on gambling. Exactly how much money the multi-time champion has lost is hard to say. Whatever the tally, the sum’s big enough to have sparked an urban legend about the Chicago Bulls star’s first retirement from the sport actually having been a ban imposed by the NBA on account of his excessive gambling. With Jordan losing sums in excess of $1.25 million in wagers with his golf buddies, the story goes that Commissioner David Stern sought to ‘scare straight’ the player by exiling him from the game. Compelling as the story is, there is little evidence to support it. Certainly, Jordan didn’t learn anything from the ban, if that’s what it was. “I’ve gotten myself into gambling situations where I’ve pushed the envelope,” he’d later explain to Ed Bradley on 60 Minutes. “It’s very embarrassing.” 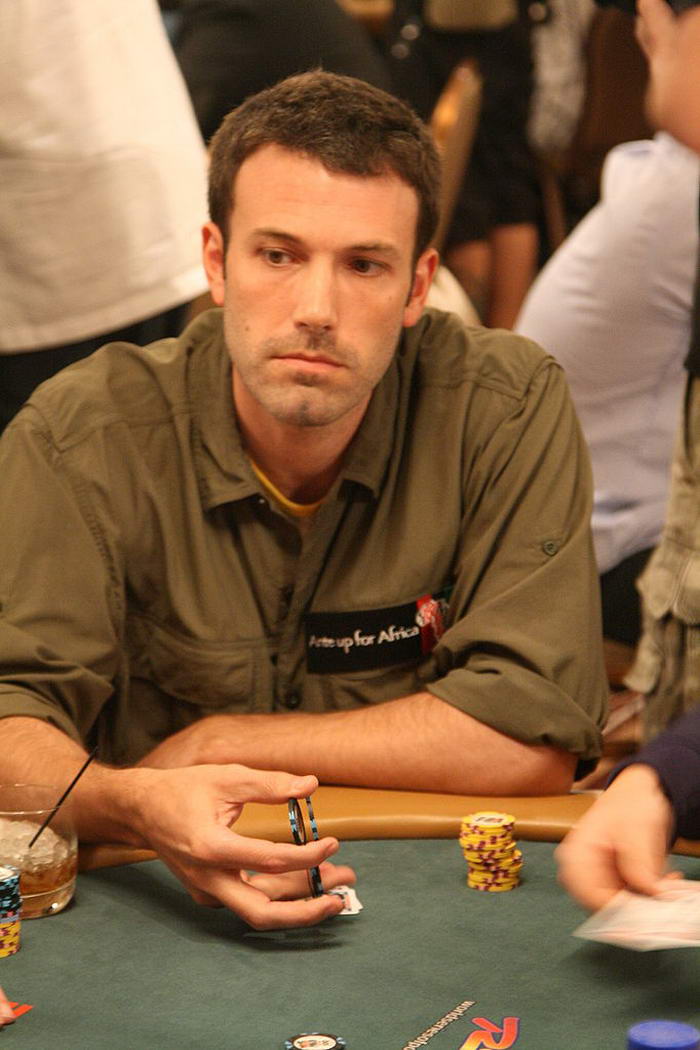 The Argo star’s love of gambling has landed him in quite a lot of trouble over the years. For one thing, it’s been sighted as one of the reasons for his decade-long marriage to Jennifer Garner coming to an end. For another, claims that the blackjack-loving Affleck is very skilled in the practice of counting cards have resulted in the Oscar-winner being asked to leave not one but two casinos – while counting cards isn’t illegal, it is frowned upon by gambling establishments. Furthermore, it’s been claimed that Affleck is one of a number of Hollywood A-listers to belong to an illegal gambling ring. His alleged partners in alleged crime include his Good Will Hunting co-star Matt Damon, together with Leonardo DiCaprio and erstwhile Spider-Man Tobey Maguire. While gambling seems to have caused him a few headaches, the Armageddon star’s love of the night life continues unabated. 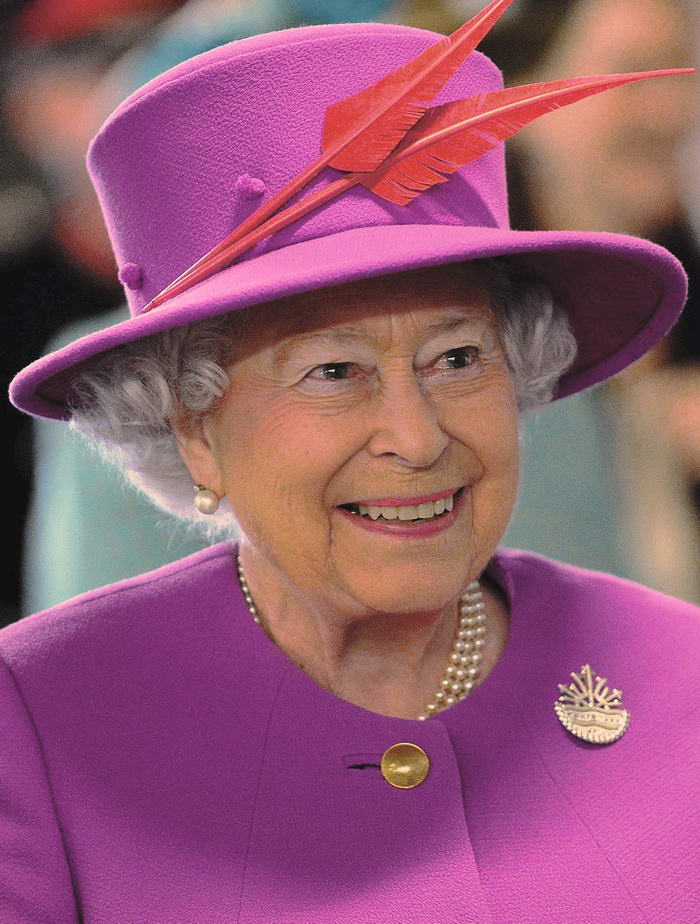 By Joel Rouse/ Ministry of Defence [OGL 3], via Wikimedia Commons

She might not seem an obvious candidate for celebrity gambler status but Mrs Windsor – like the rest of her family – loves nothing more than a punt on the ponies. The owner of a vast stable of thoroughbreds, Her Majesty isn’t renowned for her winning smile but her grin is rarely wider than when one of her horses comes in. It’s safe to say that Liz picked up the racing bug from her parents. The Queen Mother, in particular, was a big one for betting. Indeed, as recently released documents have revealed, at the time she passed away, she owed millions to the nation’s top bookmakers. We’d like to think her daughter gambles rather more responsibly. That said, if betting is becoming a problem for Her Majesty, there are all manner of organisations that would be happy to help. Some of which she might actually have opened.

As he took over the role of Danny Ocean from Frank Sinatra, so the Three Kings star has assumed the ‘Chairman of the Board’s’ old role as the patron saint of Las Vegas. Fittingly, the silver fox developed a thing for gambling while shooting Ocean’s Eleven in Sin City. While he continues to enjoy an evening at the tables whenever he is in Vegas, the two-time Oscar winner is renowned for his extraordinary runs of poor fortune rather than epic wins. One night after shooting wrapped, Clooney, Brad Pitt, Matt Damon and Co. hit the blackjack tables. As was usually the case, he stars of Fight Club and The Bourne Identity emerged with bulging pockets. Clooney, on the other hand, lost 25 consecutive hands.