Although we all love plants for their ability to brighten up a home and make the landscape pretty, they are not all as alluring as they seem to be. Some plants can be very bad for humans with toxic ingredients that can quickly cause death or severe illness. Knowing the more fatal ones can be highly advisable if you do go out into the countryside a lot in your area as you will know to steer well clear of them!
Here’s ten of the most poisonous plants to avoid on the planet: 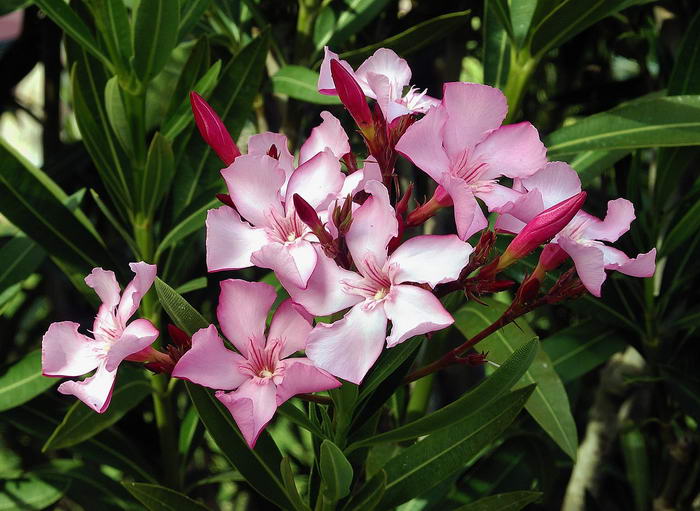 First on our list is this deadly plant, originally found in Asia. Since then it has become popular all over the world especially in the Mediterranean and North America. With its pretty pink flowers, it is easy to see why so many like to keep it as a decorative plant. If you do though, beware!
Highly toxic to humans, if you ingest any of the plant at all you will suffer severe cardiac and gastrointestinal symptoms. The name translates as ‘Ass Killer’ which gives a good idea of how toxic this plant is. Various harmful substances such as nerioside and oldendrin combine to make this bad news for humans. Some say even the smoke from burning it can be dangerous and one leaf may be enough to kill you! Although this can be used as a treatment for snakebite, hence the name, this is another plant to steer clear of if possible. Containing a harmful toxin called tremetol, if you eat this by mistake you will experience tremors, delirium and eventually death. It is thought that settlers in early-America suffered from the effects of this plant a lot as their cows would eat it when grazing and thus the substance would pass into the milk people would drink. 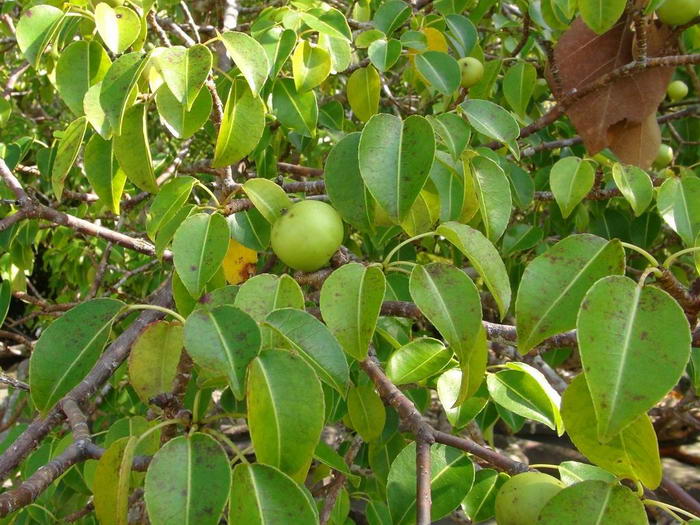 This is widely considered as the most poisonous tree in the world and with good reason. Found in the coastal regions of Florida and South/Central America, the whole of this tree can cause you severe problems. The fruit is known as ‘little apples of death’ as eating one can kill you due to the toxins found within it. However, this is probably not the main issue we face with this tree.
The bark and sap are stuffed full of powerful irritants like phorbol that causes skin to blister painfully if exposed to it. In effect, it is a kind of allergic dermatitis and obviously to be avoided at all costs. It is thought so potent it could strip paint off a car so you really don’t want that on your skin! One key point to note is that this can happen from rain falling off the leaves onto exposed skin. Don’t make the mistake of sheltering under this tree in a storm! 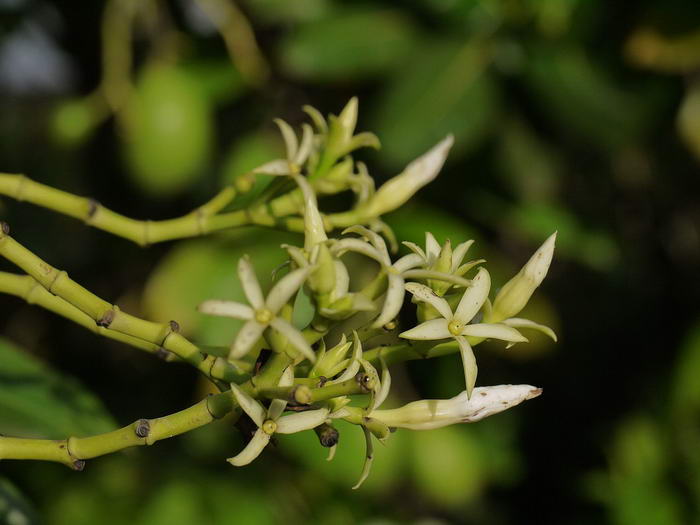 With a name like this, it is surely no surprise that this is one deadly plant! Indeed, it is thought to be responsible for around 50 deaths a year in the Indian state of Kerala alone. If you add on the other deaths from around the world then you can see just how dangerous this plant is. Although called the Suicide Tree, it is also used by some for murder too as its flavor can easily be hidden in food. When eaten, the effects are almost instant and deadly.
The main ingredient in this plant to avoid are the seeds were toxic digoxin is found. This substance interrupts the rhythm of the heart and eventually leads to death due to cardiac complications. It is a member of the same family as Oleander and just as fatal. 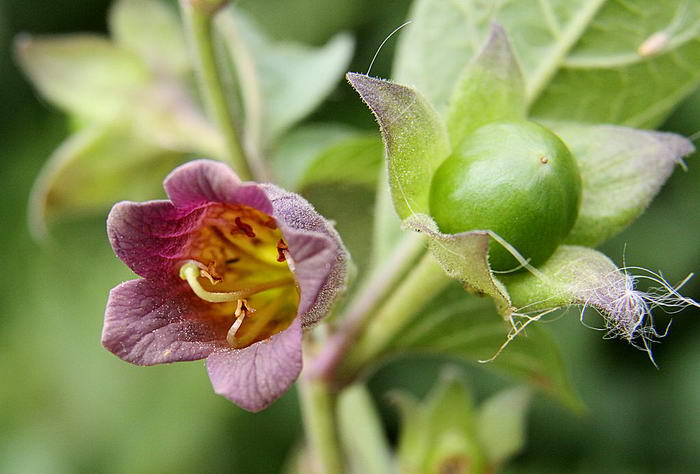 This is one very scary plant with enough poison in one leaf to kill you! Coming from the same family as the tomato, it has much more of the toxin solanine in which why it’s so fatal to humans. Where we would have to eat a whole truckload of tomatoes in one go to suffer the same fate, a small dose of deadly nightshade can see us off.
The berries of the plant are highly toxic with just five needed to die from but it is the root that has the strongest effects. Working by blocking certain neuro-transmitters within the nervous system, if you are unlucky enough to have eaten enough, death will soon follow. Symptoms include blurred vision, dry mouth and a heartbeat loud enough to be heard several feet away! 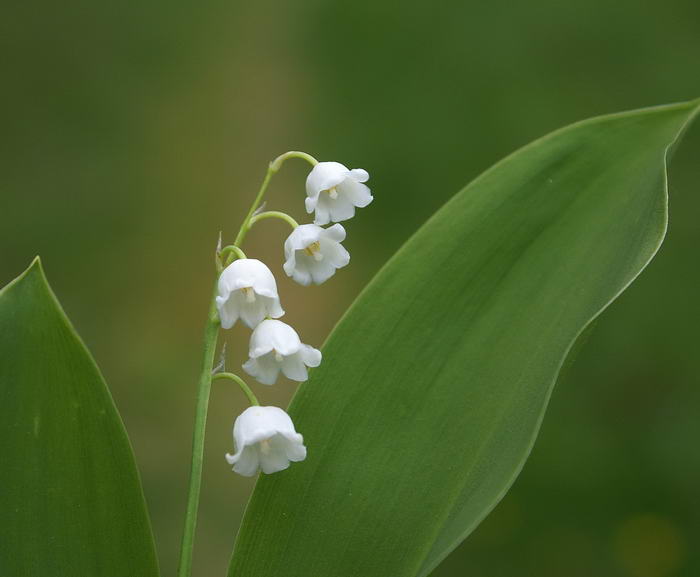 Lily of the Valley – By Randi Hausken from Bærum, Norway (Lily of the valley) [CC BY-SA 2.0], via Wikimedia Commons

This is actually a very pretty plant with lovely white flowers to enjoy looking at. Don’t be fooled by appearances though – this is a very dangerous and toxic plant to humans. Common in Europe and North America, it is found usually in woodland areas where it grows naturally.
This plant contains a huge 38 different poisonous cardiac glycosides. Chief among these is convallatoxin which gives a similar effect to the poison found within a Foxglove for example. Experts have found that all parts of this plant are bad for you, from the berries to the root. If you do have Lily of the Valley poisoning look out for nausea, severe headaches and slow heartbeat. 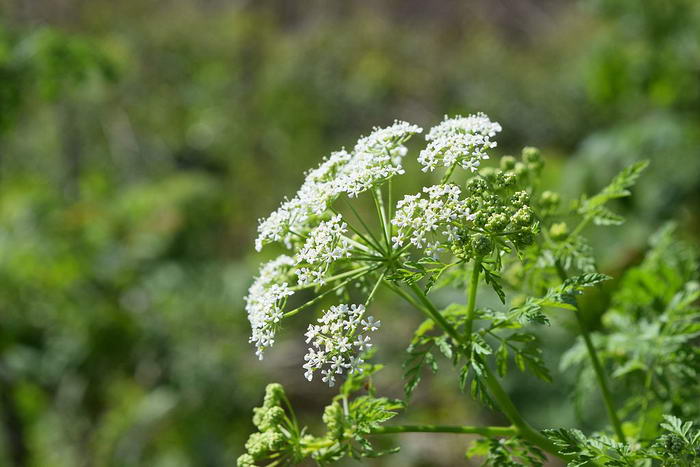 One of the most well-known poisonous plants is this one. This is mainly due to the mention of it in various Classical books and how it was the choice of death for Socrates in 400 B.C. Although there are a few variations on Hemlock throughout the world, all are fatal to human if eaten. The two main different varieties are Water Hemlock found in North America and Poison Hemlock in Europe.
The active ingredients in Hemlock are coniine, cicutoxin and cicunol. In the case of coniine, which is found in poison Hemlock, this kills from the outside-in. The various limbs slowly become numb as the poison spreads before the major organs such as the lungs and heart succumb. As Hemlock is a member of the same family as Carrot and Fennel, you have to be very careful you pick the right one for your salad! 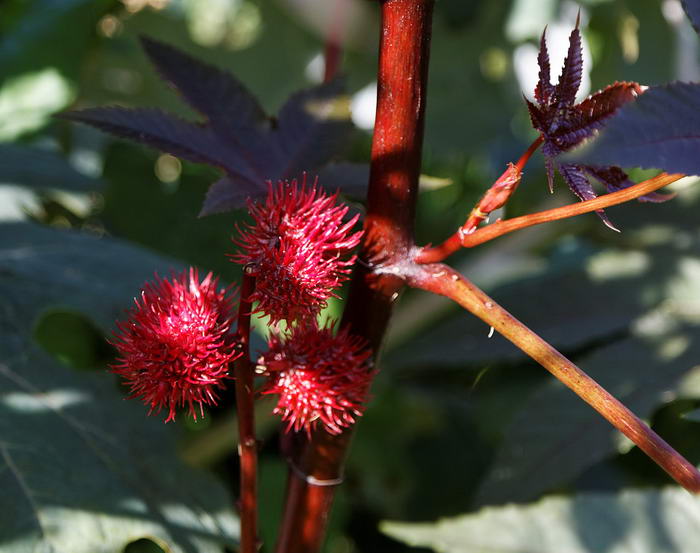 Generally, this is plant you would not think to be very dangerous as we get castor oil from it which is safe. This oil is produced from the seeds of the Castor Bean plant and is high in many vitamins and minerals. Bizarrely, it is these seeds that also contain highly toxic poison too!
This poison is ricin which is one of the most potent plant toxins on Earth. Stronger than the most powerful snake venom and products such as strychnine, ricin is very bad for you. If eaten a few beans can kill an adult but it is most dangerous if injected or inhaled. Although it has pretty orange flowers, ricin causes a long and painful death so is certainly one to avoid! 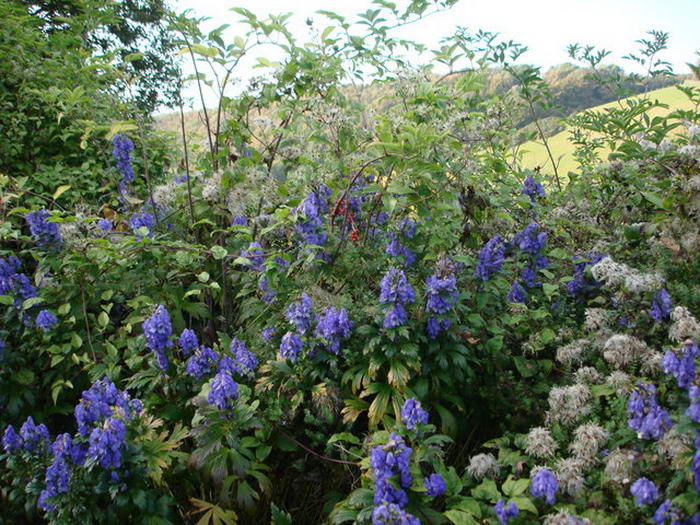 Although this is the official name of the plant, many will know it by others such as Wolfsbane or Monk’s Hood. These other name come from either the shape of the flowers or the uses it has had over the years. Wolfsbane for example comes from Greek shepherds tipping their arrows in the plants poison to kill marauding Wolves with.
Found mainly in Europe, it is highly poisonous as the above suggests. Growing to about 6-foot-tall and with purple flowers, the plant contains deadly aconitine. Even touching the plant can produce severe reactions and eating it is fatal. Ultimately, it causes death due to respiratory failure and as such has been a poison used throughout the ages. 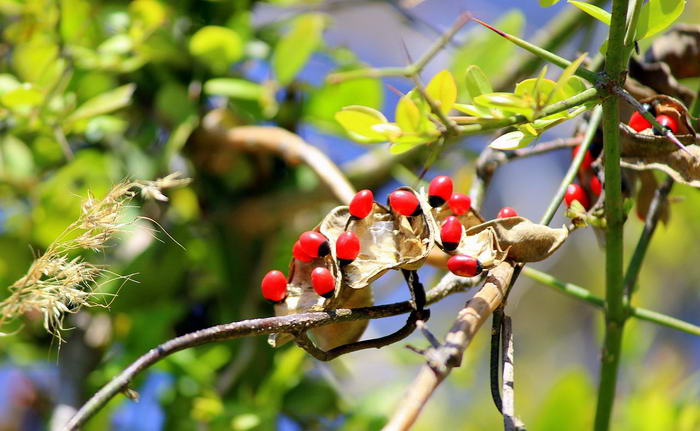 Another plant with various names, this is thought to be 100 times stronger than ricin! The name of the toxic substance is abrin and there is no doubt that this is one very potent substance you don’t want to fall foul of!
Popular through the Tropics, it has also spread to Florida although many there consider it a pest. Although poisonous if ingested, the black and red beans have a variety of uses from making rosary beads to filling maracas. Surprisingly enough for a plant so toxic the number of recorded deaths from it are relatively low. This is due to the poison inside the bean being protected by its hard exterior and the abrin absorbing into the body slowly if swallowed.

Going for a walk in the woods or countryside is a lovely experience and one that lots of people enjoy. While there is no need for alarm, being aware of the fauna around you and which ones to avoid is very useful. You should certainly never eat anything you find unless you are an expert or 100% sure of what it is. By doing this, you will ensure you stay healthy and enjoy many future hikes around the countryside in your area.