Readers tightly grip well-loved pages as Ebenezer Scrooge growls “Bah Humbug!” and Alice Liddell tumbles down the rabbit-hole. We rejoice as Elizabeth Bennet realizes the true character of Mr. Darcy and reel with a mixture of compassion and disgust as Hester Prynne dons the scarlet letter. These ink illusions’ stories captivate us with every turn of their fabricated lives; however, their creators have just as dynamic, tragic and passionate lives as the characters they imagine. It is often from the echoes of their own sagas that these authors have invented some of the world’s most memorable literary heroes and their biographies are just as great as the classics. 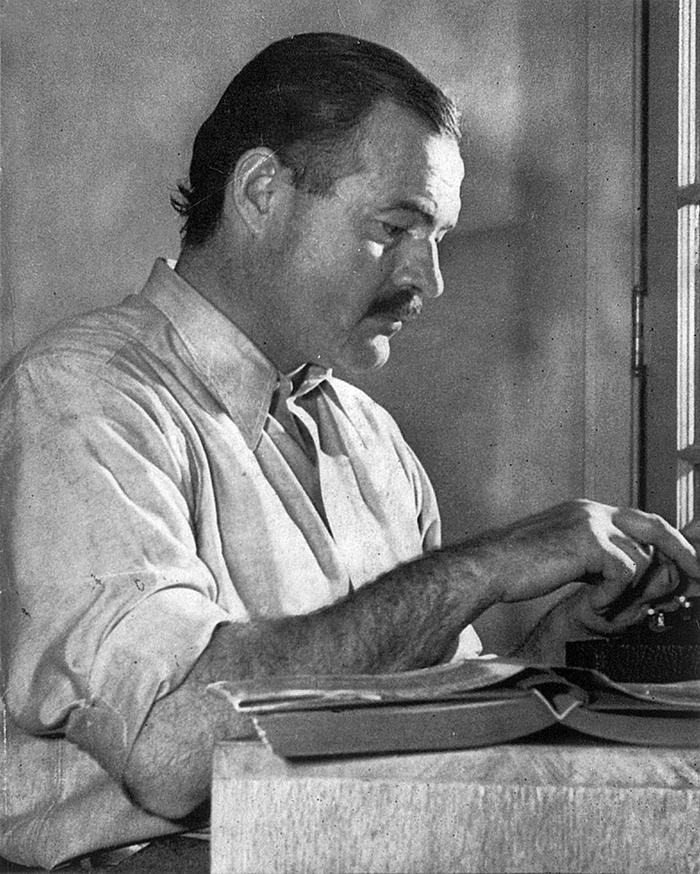 When F. Scott Fitzgerald, James Joyce and other literary giants of the 1920’s gathered around a fire to smoke cigars, Hemingway was the one who always had the best scar story. He was a hunter, a reporter, a fleeting lover of many and a Pulitzer Prize winner. At 20 he landed in a hospital for wounded warriors after witnessing the horrific realities of war. Here he met his first love, the nurse Agnes von Kurowsky who broke his heart by abandoning him for another lover after accepting his proposal of marriage. This wound would lay the foundation for his masterpiece, A Farewell to Arms, and may have permanently affected Hemingway. He would never again settle down with one woman, but would instigate affair after affair. He gallivanted through Paris, was a World War I war hero, rode bulls in Spain, hunted large game in Africa, survived multiple plane crashes, had four wives and wrote multiple classics that dealt with Western postwar disillusionment. In 1954 he won the Nobel Prize in Literature; however, amidst all of the love making and adventuring, Hemingway’s mind was tortured by mental illness. In 1961 he committed suicide as his father had done 33 years earlier. 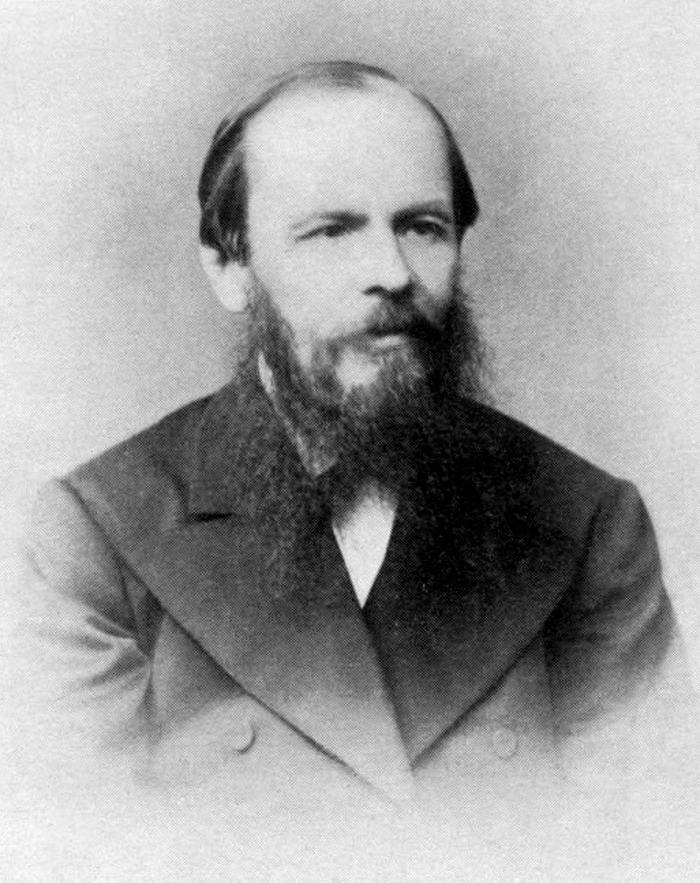 He watched three groups of young intellectuals, spirited thinkers and Russian rebels be executed before the guards slipped the hood over his head and led him to the firing squad. Moments before it was his turn to join the dead, a messenger rushed to proclaim the czar’s new edict: the remaining prisoners guilty of political treason would be sent to the work prisons of Siberia. It was a passion for the poor and a devotion to understanding suffering that convicted Dostoevsky and inspired him to join the group of intellectuals who discussed the politics of poverty. This heart of compassion developed in him as a young boy. Dostoevsky was the son of a strict doctor who worked with the devastated masses of Russia. His cruel father was harsh and kept his sons from interacting with the poor, yet Fyodor could not ignore the realities of this shattered society. These thoughts secured his arrest. On the way to Siberia, he was slipped a bible which was his salvation. Despite the agonizing, frozen years in that wasteland, Dostoevsky’s mind refused to be slain. He would later write classics like The Brothers Karamazov and Crime and Punishment that still influence modern philosophy. 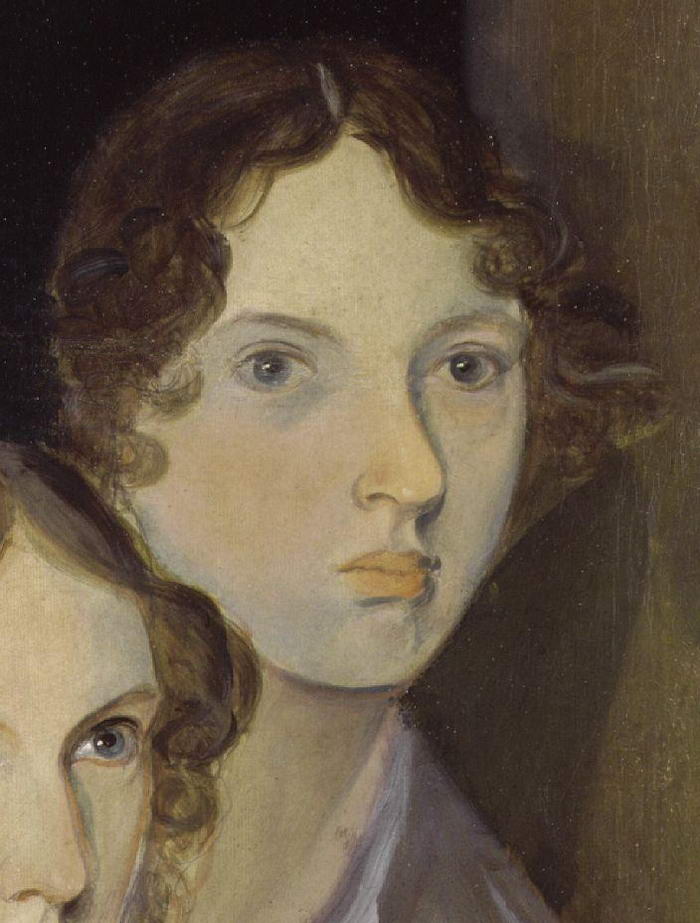 How did one family breed three of the best English authors? Emily, Charlotte and Anne were creative, isolated and born with literary greatness flowing through their veins. They were raised by their father on grey, deserted moors after their mother passed away and these sisters dreamed up wild tales of adventure and tragedy to keep their minds occupied. Emily Bronte was reclusive, unsocial and quickly grew homesick while traveling. Her acclaimed novel, Wuthering Heights, reflected some of the dark, lonely places of her mind and stood in stark contrast to other romantic dramas of her day. Her story was at first poorly received. Readers expecting a sweet Nicholas Sparks-esque love story will be shocked by the love of Heathcliff and Catherine that more closely resembles a fleshy, blood-soaked heart organ than a neatly packaged Valentine’s Day love story. Bronte’s characters share an obsessive, violent, supernatural love that is pieced together like warped shards of broken glass and her writing was unique. But the world would never know what else the author was dreaming up. Bronte’s genius was cut short and she died of tuberculous at the age of 30. 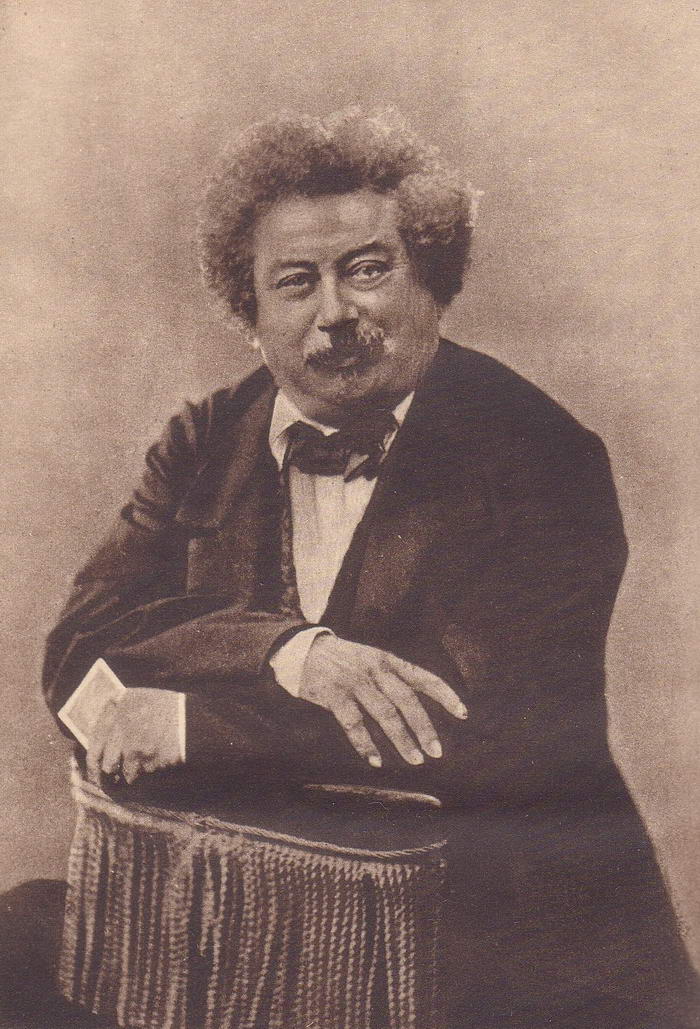 Dumas’s superlative would be “most likely to be down for an adventure”, but he’d also be the friend you would never want to make angry. A mulatto aristocrat by descent, Dumas was as unpredictable and forceful as bolt of lightning. He gambled his way to Paris to start his career as a playwright and soon rose to fame. His passion shifted to historical fiction and he penned Three Musketeers and Conte of Monte Cristo. Like his father and grandfather before him, he joined bloody revolutions and collected mistresses. He flirted confidently, competed gallantly and poured his life into his work. Even into old age, Dumas was a wild man and spent long nights that slipped into early mornings challenging the great minds of his day or writing passionate tales. 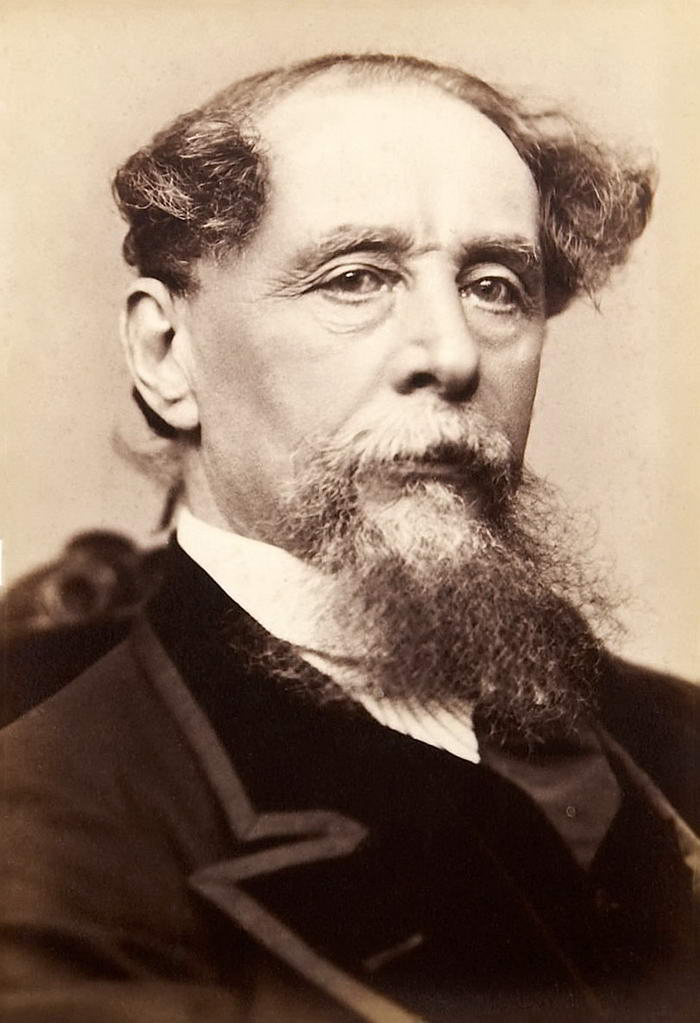 Charles Dickens refused to let his circumstances define him. The small, sickly child of a foolish father would become one of the most beloved and light-hearted celebrities of his age. Dickens’ father left his family impoverished while he rotted in debtor’s prison. The young author was then forced to earn his education by pasting labels onto pots of boot polish. While humiliating, his childhood would provide an acute understanding of the poor working classes of England and help him sculpt realistic characters in future novels. He soon started his own newspaper and wrote witty tales under the pen-name “Boz”. Dickens felt the bitter pain of heart break when his first love denied him for fear that he would remain a penniless author. So he married his second choice and found himself soon in a loveless marriage which would plague him for the remainder of his life. Despite an unfulfilling love life, Dickens loved his friends and the people of England well. He experienced great success and his name was recognized in nearly every home in England and across the Western world. The jovial inventor of stories lived off of the intoxicating joy of the life. He was known to befriend and assist children, especially those who were impoverished and wretched as he once was. 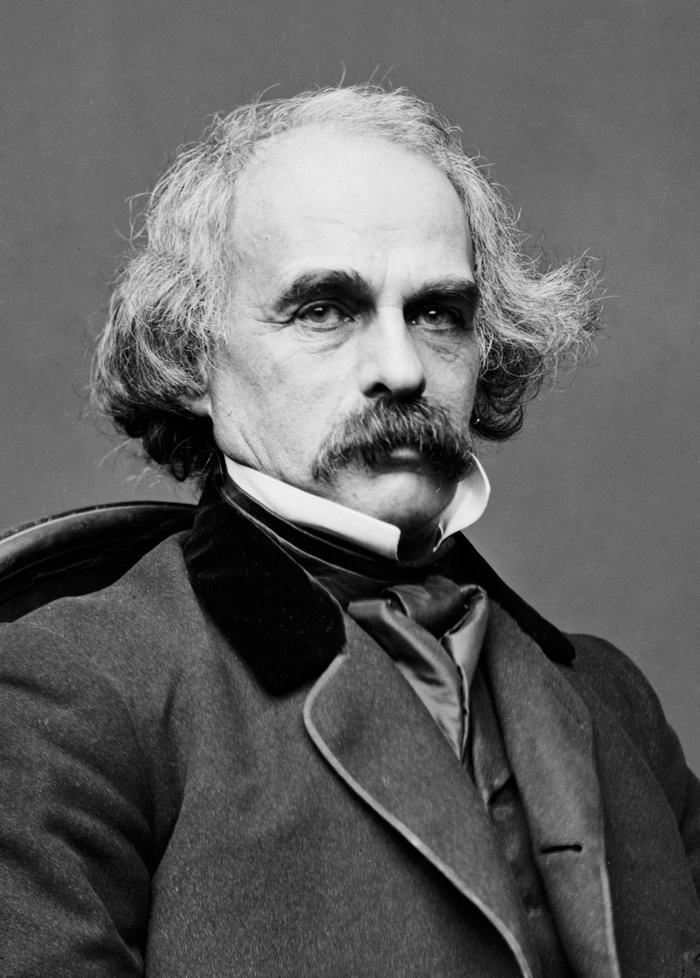 Unlike Dumas, Hawthorne was pensive and lived in a world of grey amidst the harsh legalism of the puritan colonies. When his father died at an early age, his mother raised her children to be secluded in a morbid and somber world. Here his puritan mind wrestled with his pagan heart. He was taught to judge those that fell short of religious ideals, yet he was moved with compassion for imperfect humanity and made friends with the broken characters that lived in his imagination. This struggle was captured in his most famous story, The Scarlet Letter. Unlike other famous novelists, he was not confident in his work. It was the strength and encouragement of his wife and the generous support of his friends, including Henry Longfellow and Ralph Waldo Emerson, that empowered him to persist in his writing. 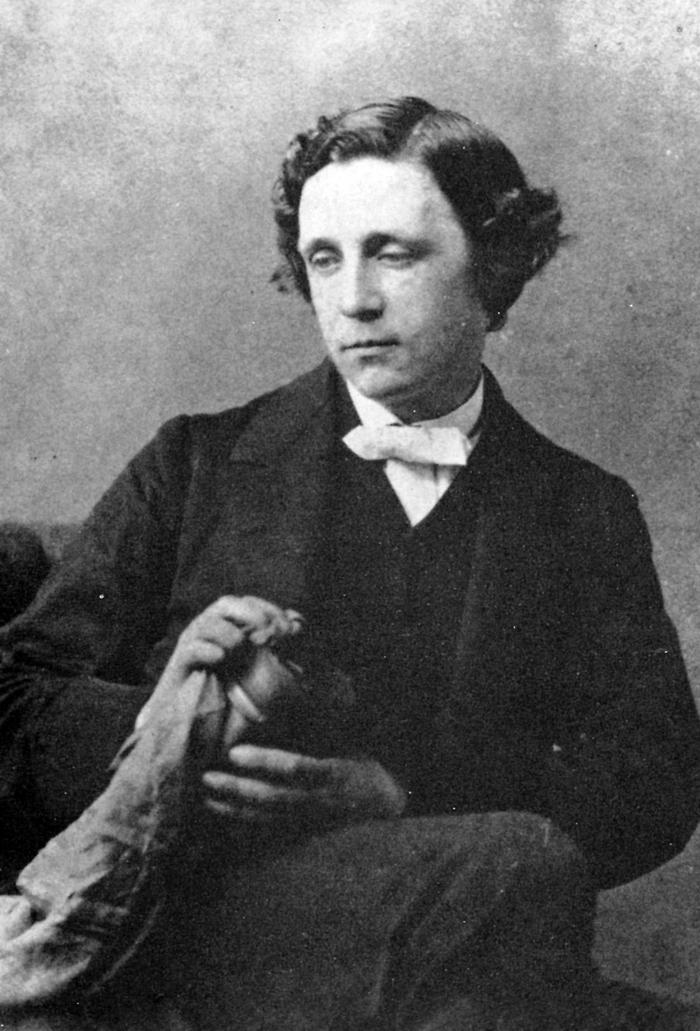 Dodgson was a little awkward and is known for befriending and photographing children. To some, that provokes a skin-crawling reaction. But most scholars believe these relationships were harmless as Dodgson was close with the children’s parents and caretakers. He would not have played well with Dumas’ fierce desire for war or Hemingway’s restless adventuring. However, he and Dickens may have bonded over their love for the simple innocence and playfulness of little children. Dodgson grew up as the eldest of 11 children and was used to creating games and building imaginary fantasy lands to entertain his siblings. As a child he was shy and bullied. Young Dodgson also suffered from several illnesses which further encouraged his reclusive habits. As an adult, he was an exceptional mathematician, yet was not interested in practical applications of the science but rather in the fun of logic and puzzles. This brilliantly obscure bachelor with a bad stammer was isolated from adults and drawn to accepting children who were free from the harsh realities and complexities of the world. One of his young friends was Alice Liddell and it was for Alice that Dodgson created his best-known tale of the girl who tumbled down the rabbit-hole to chat with the disappearing Cheshire Cat. He never expected his stories to become famous nor to be in the lime-light. Some critics have tried to make sense of his whimsical ramblings, but in true Dodgson fashion, his stories do not portray any hidden meanings, religious lessons or satirical analyses of society. They are simply beautiful nonsensical adventures told for the purpose of entertaining children. 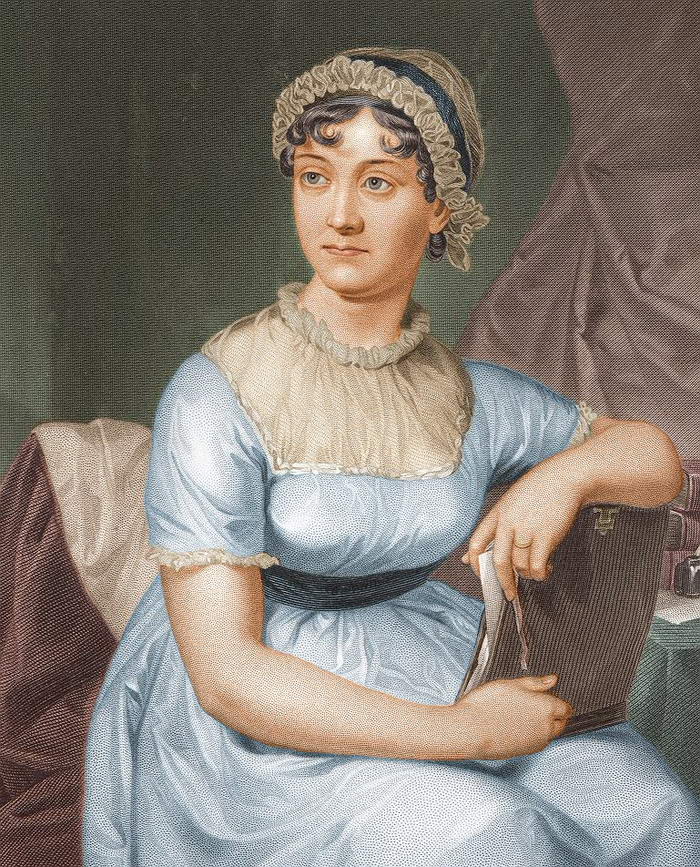 Like many of her characters, Austen had several siblings and dearly loved her sister, Cassandra. Her father was a rector, her mother a vibrant storyteller and her home was one of affection. She wrote about the complicated, familiar and colorful people she encountered in everyday life and she struggled with the 18th century’s trivialization of talented women. This novelist, who created some of the most celebrated fictional romances, never married. It is speculated that she was in passionate love with a man who tragically died and she certainly writes as one who has known deep and lasting love. Towards the end of her life, she saw her work praised and admired; although, she was regarded merely as a nameless domestic novelist. After her death, her works were reevaluated to be historical gems which captured the quality and nature of the upper middle class English society. 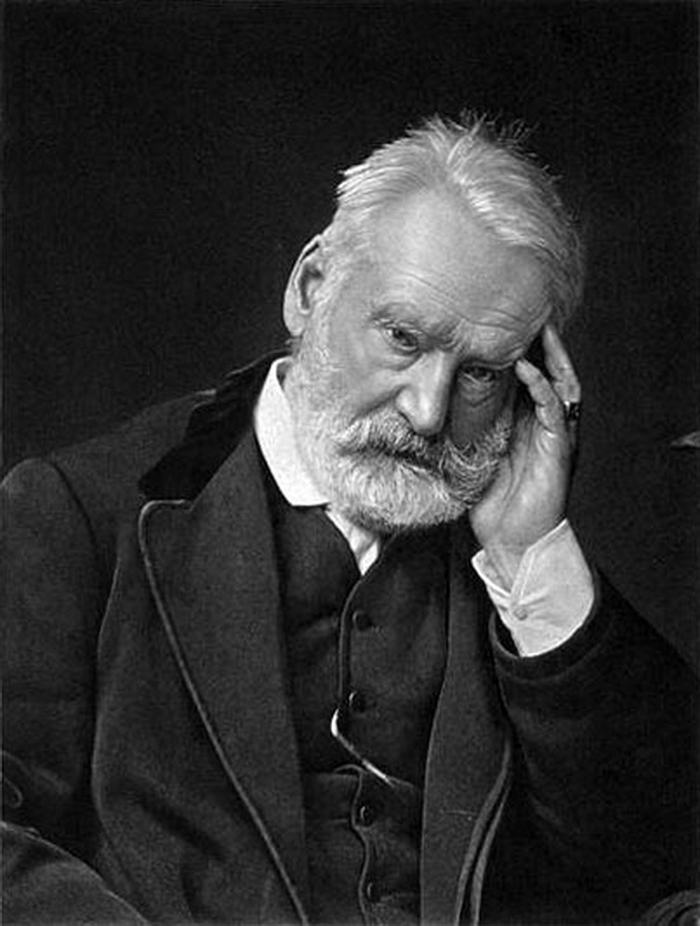 Hugo was the heart of the 19th century and the celebrated author of Les Miserables, Notre Dame de Paris and many other books and poems. He lived a life of both passionate affection and bitter heartbreak. He was a reformed royalist and a lover of the human spirit. One of his most inspiring characters, Jean Valjean, was born after the tragic loss of a beloved daughter and like his hero, Hugo would have to process deep personal sorrow and decide how to react to the obvious injustices of 19th century France. Witnessing the pain of the impoverished masses broke his heart and he readily joined the bloody battle on the barricades in the Revolution of 1848. His epic tale recounting the French revolution was completed while Hugo was exiled by Napoleon III to the Island of Guernsey. 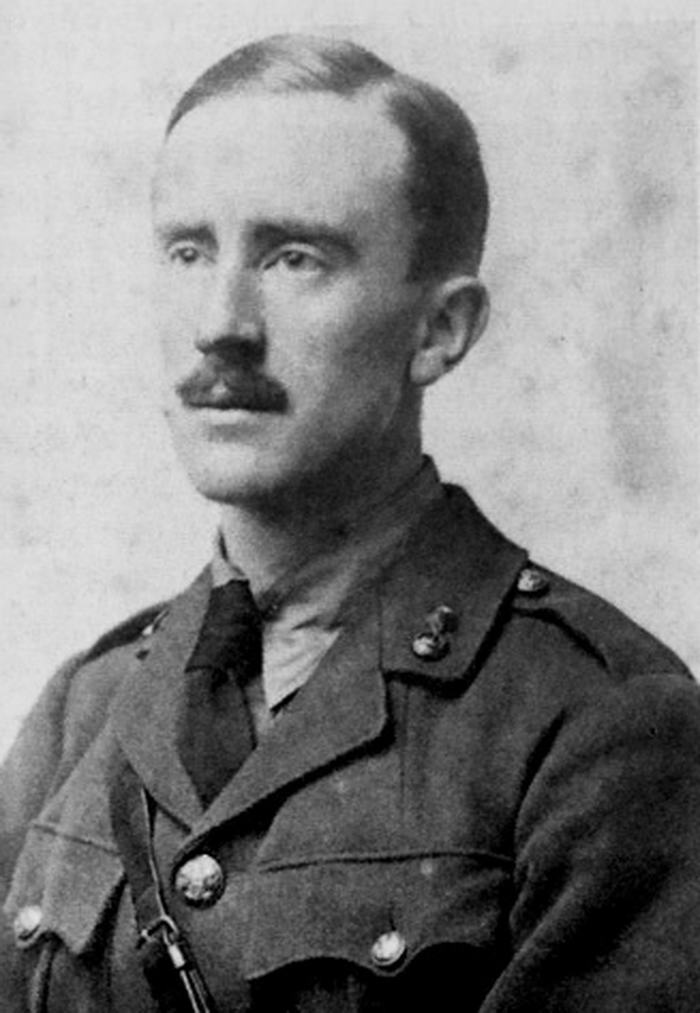 He takes a large swig of dark ale and then gazes deeply into the eyes of his dear friend. “Yes, Lewis. I think Aslan is a great name for your lion. Now, what do you think of Gandalf?” I’m not sure that it went this way, but I love to imagine some of the great literary giants of Oxford gathering for their weekly Inklings meeting at the Eagle and the Child pub and tossing about ideas that would develop into incredible pieces of literature. John Ronald Reuel Tolkien was born in 1892 in South Africa. His short-lived African adventures included an encounter with a horrible, furry, giant spider that would become the inspiration of the terrifying Shelob who paralyzes Frodo in The Lord of the Rings. Tolkien was a brilliant linguist fascinated by symbols, letters and sounds and from a young age began creating his own fantasy languages which would also be developed in LOTR. He was deeply religious, captivated by all things mythological, inspired by the love of a dear wife and an adoring father. The remarkable books that would introduce the world to Tolkien’s Middle Earth were shaped as he told his children bed time tales of woodland elves and hobbits living in holes.