Surely one of the most high-profile figures in world politics right now is the President of the United States, Donald Trump. Known for his straight-talking, public speaking and outrageous comments, President Trump is one of the most talked about politicians on the planet. He is also sure to go down as one of the most infamous Presidents in history. From plans to build a wall on the Mexican border to attacks on the US media which he sees as biased against him, he has given us lots to take in over time.
While you might know much about what he has been up to in office since becoming US President, you may not know quite as much about the man himself. To resolve this, here are the ten most amazing facts about the Donald.

10 – He Has A Star on the Hollywood Walk of Fame 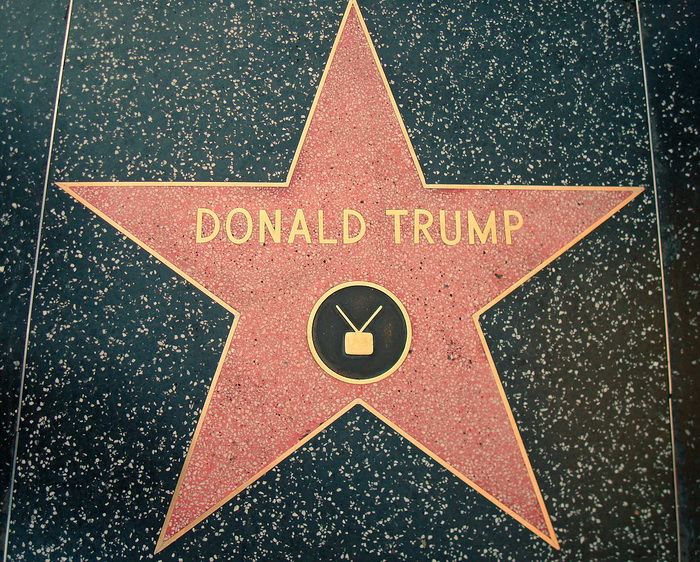 Donald Trump star – Neelix: I am the originator of this photo. I hold the copyright. I release it to the public domain. [Public domain], via Wikimedia Commons

One thing you might not already know is that he has his own star on the Hollywood Walk of Fame. This was in recognition of his work in the film and TV industry before he became a politician. While still a mega-successful businessman, Trump not only starred in many productions but also helped produce them too. 2003 saw him become star and executive producer of ‘The Apprentice’ which was a TV show designed to find the next big business tycoon in the US. This ran for 14 seasons and netted him around $1 million per episode. This led to him getting his own star in 2007.

09 – He Once Thought Of Putting a Supertax on the Rich

Before he became President, he once outlined an audacious plan to raise money for the national economy. In truth, it was an old tactic that many countries had used in the past! Trump said that imposing a one-off tax on the super-rich at a rate of around 14% would generate over $5 trillion. This proposed tax would only hit those with a net worth of over $10 million which was only 1% of Americans at the time. The income made would pay off the national debt and allow the country to save around $200 billion on interest payments too.

Among his many attention grabbing traits is the haircut that Donald Trump has. Many people believe that this is a wig but he maintains it is 100% genuine. People have asked about his hair on many occasions and he says that all he does is wash, dry and comb it into his signature style before putting hair spray on. What you may not also know is that he gets it cut by his wife rather than going to the barbers.

07 – He Used To Be A Registered Democrat 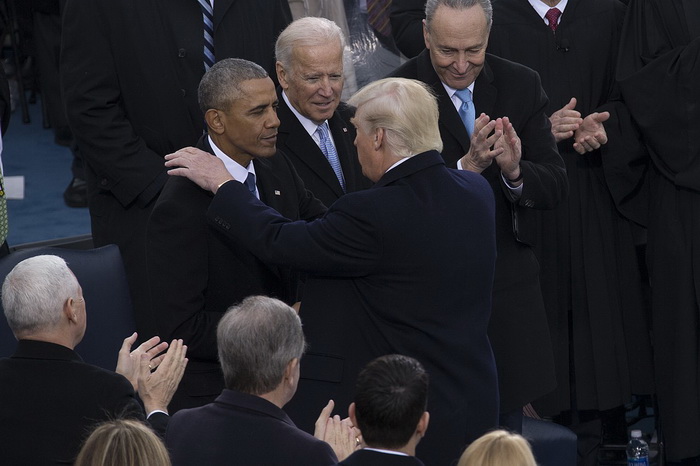 Trump is now a famous Republican and seriously does not like the Democrats! This is all the more interesting though as he was a full registered Democrat from 2001 to 2009. To be fair though, he has also had allegiances with the Republican party in the past too! Trump first got into politics in 1987 when he enrolled as a Republican with the Board of Elections. 1999 saw him switch to the Independence Party but he soon changed to the Democrats in 2001 as he had many friends in the party. 2009 saw him make the move back to the Republicans though which is where he now resides.

From 1986 to 1998 SPY Magazine was one of the leading names around for satirising the rich and famous. In 1990, they decided to prank some of the richest people around by creating a company called the National Refund Clearing House and sending a cheque for just over $1 to 58 celebs of the day to see who would cash it in. Of course, one of the few who did was our man Donald. This then saw the magazine follow up with another cheque for 13 cents to those who had cashed the first cheque. Only two people cashed this one – an Arabian arms dealer and Donald Trump. 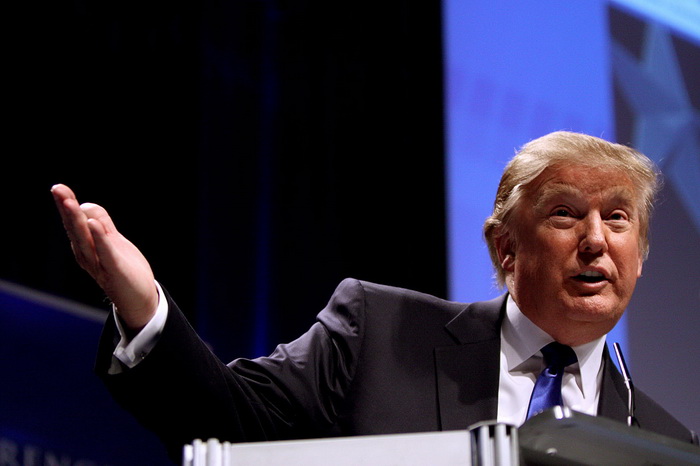 Donald Trump is closely associated with many famous sayings – ‘fake news’ anyone!? Before his political career though, he was mostly known for the phrase ‘You’re Fired!’ off his ‘Apprentice’ TV show. So popular was this, that Donald apparently once tried to trademark it. Trump planned to use this trademarked phrase on a range of things like ‘Apprentice’ themed board games and also casino games. Although it never worked out, it just goes to show the keen eye for business and money he has.

The President has never had an easy relationship with the press or authors. This was seen in 2009 when he sued Timothy O’Brien over his book called ‘TrumpNation: The Art of Being Donald’. What was the authors crime? As amazing as it seems, he simply got Trump’s net worth wrong! O’Brien had it in the book around the $250 million region where Donald pegged it at around $7 billion. Although the court did not rule in Trump’s favour, it just shows what lengths he will go to in order to protect his image. Not many people would be bothered about being called a millionaire rather than a billionaire after all!

03 – He Is Obsessed with Germs 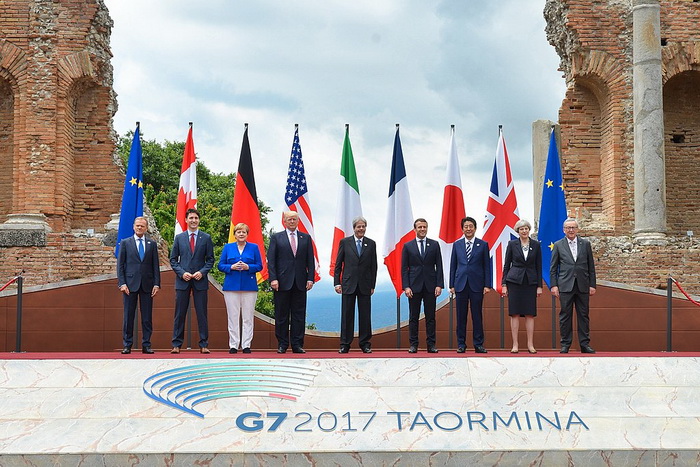 Trump is a self-confessed germophobe. This means that his is obsessed with germs and staying safe from them in his daily life. As well as not shaking hands with anyone else, he also does not like to touch anything used by other people. This includes light switches, elevator buttons and other things of this nature. It is also rumoured that he does not want to touch the hands of any teachers as they may have been infected with germs from children. 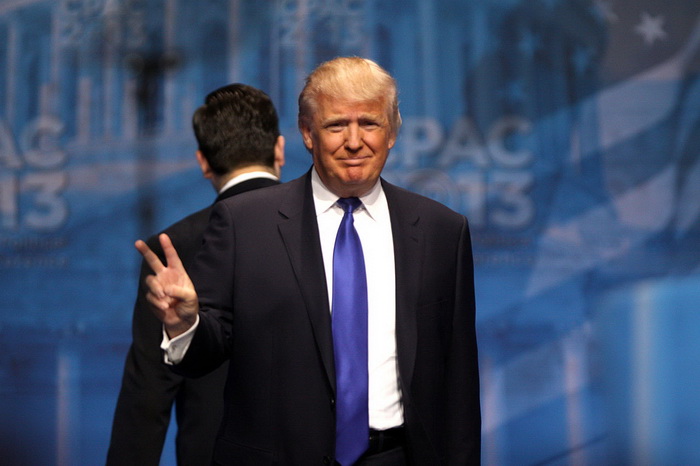 Michael Forbes is someone Trump does not like and who also frequently criticizes the current US President. When an event sponsored by the Glenfiddich whisky company awarded Forbes a ‘Top Scot’ prize, Trump was not impressed. In revenge, Trump banned the whisky from all his hotels and resorts from around the world! Trump went on to claim the 2012 vote was fixed due to him producing his own single malt whisky. As Forbes was an enemy of Trump, the President thought the award was a way of getting back at him over this.

As the above shows, there are many interesting facts about Donald Trump which you may not know about already. From stars on the Hollywood Walk of Fame to banning whisky in his resorts, his long career has seen him get up to all sorts over time. What he will do in the future no-one knows but the past certainly holds some surprised when it comes to this outrageous public figure.