In the modern age, there are lots of different ways to spend your leisure time. With the lure of online and digital activities such as Facebook or Instagram, it is easy to forget how great reading can be. Not only does it do all the boring stuff like increase your vocabulary and widen your knowledge, but it is also damn good fun! There really is no better way to spend a few hours than being transported to a different world through the pages of a good book.
Of all the different genres that offer thrills and suspense, the detective novel is king. Full of wry main characters, bumbling policemen and twisting plots, they will keep you entertained for days. Here are ten of the most nerve-tingling to check out.

10 – The Daughter of Time – Josephine Tey 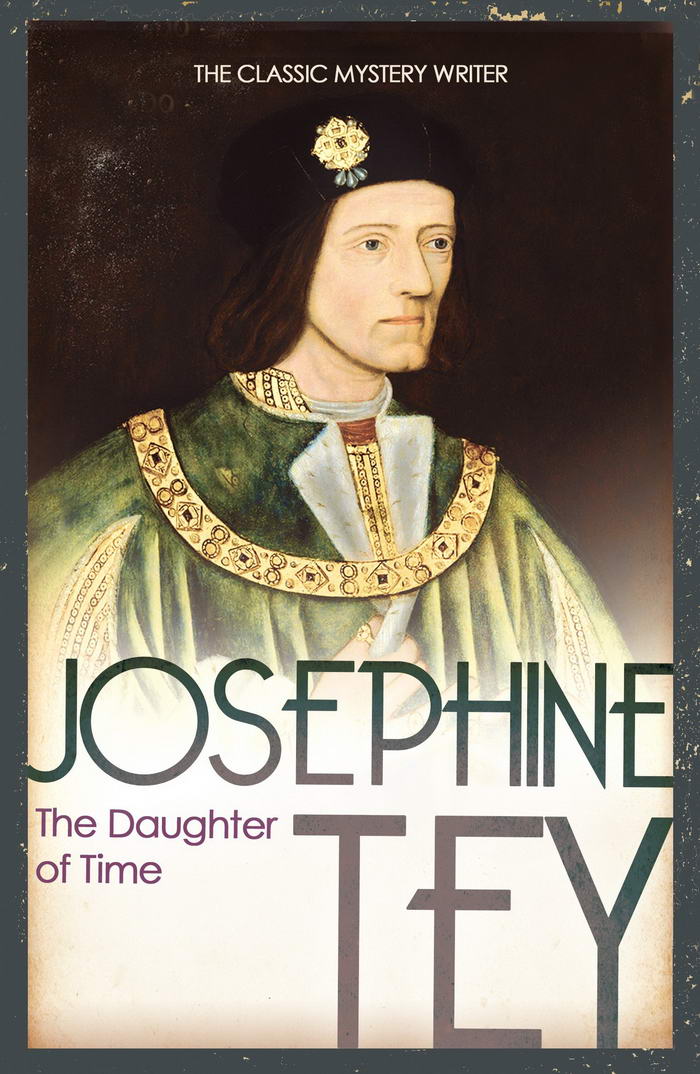 The Daughter of Time

The title of this book is taken from an old saying that goes ‘truth is the daughter of time’. Published in 1951, it is unique as it goes back in history for its crime. Tey’s 1950’s policeman spends the novel investigating a 15th century crime involving the life of King Richard III. A fascinating take on the detective novel, it sees the story of the Princes in the Tower explored and who may have been behind their murder. Expertly written and with a very clever central story, this is one book that deserves your attention. 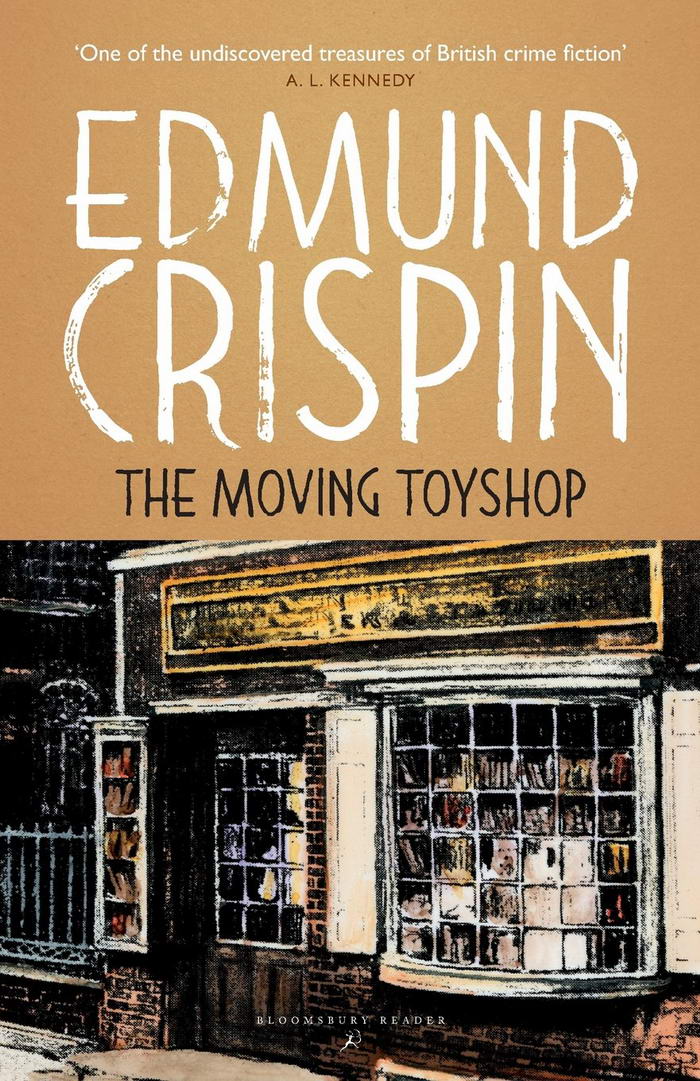 First released in 1946, this was one of a series of novels to feature the Oxford English lecturer-cum amateur sleuth, Gervase Fen. The author’s real name was Bruce Montgomery who had studied at Oxford himself with Philip Larkin. Indeed, it is thought Larkin even helped write parts of this fantastic novel. The story itself bristles with energy and the writing is full of irreverent humous which will hold your interest. If you want a book that is a little different than the usual country house affair, then this is a good choice. 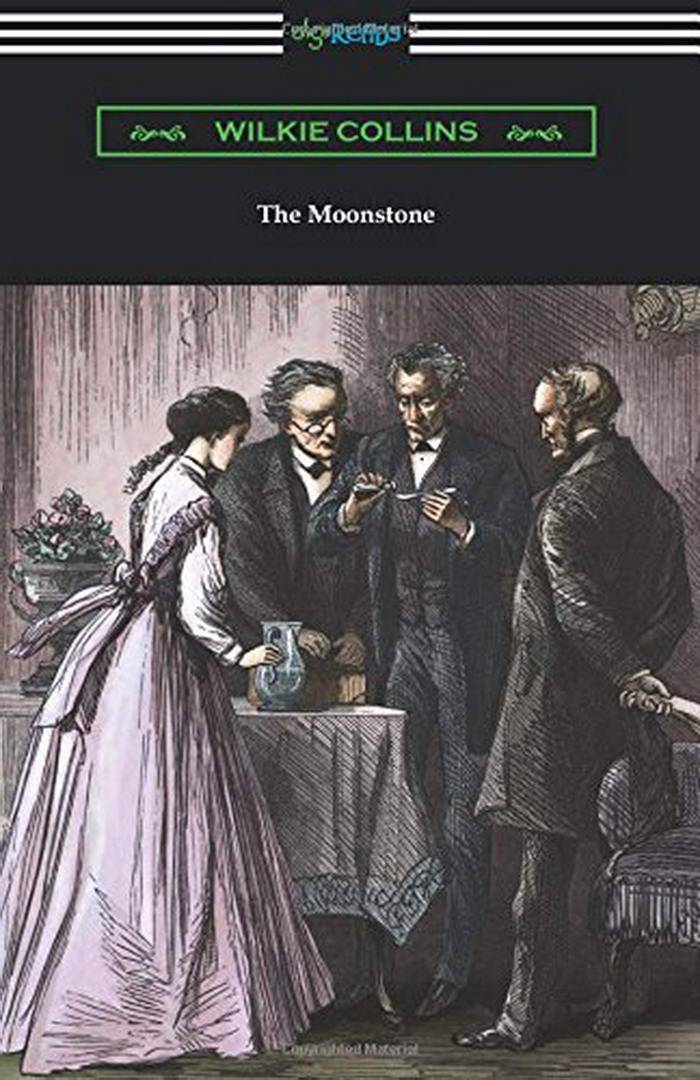 This book is sometimes considered as the very first great detective novel. The great T.S.Eliot was a fan and he knew a thing or two about writing! First published in 1868, it had huge impact at the time and was one of the most popular detective novels of the Victorian times. Based around the central character of Sergeant Cuff, it told the story of the theft of the titular gemstone. All the ingredients for a classic sleuth story were there from a county house to numerous shady suspects and a seemingly impossible crime. 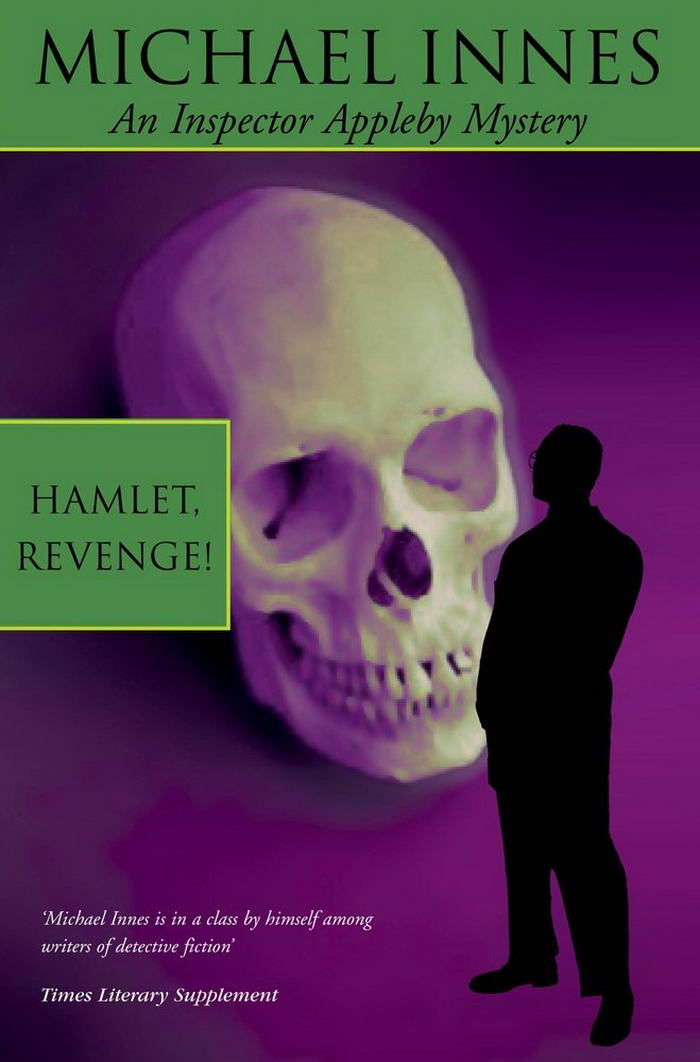 A talented writer around in the 1930’s was Michael Innes. This is a great novel to read for the unique central premise behind it. First released in 1937, the Lord Chancellor of England is murdered during a stage production of Hamlet. Innes uses his creation of John Appleby to great effect and the writing moves along at a brisk pace, so you never get bored. Although not as famous as some others on this list, it is certainly one of the best. 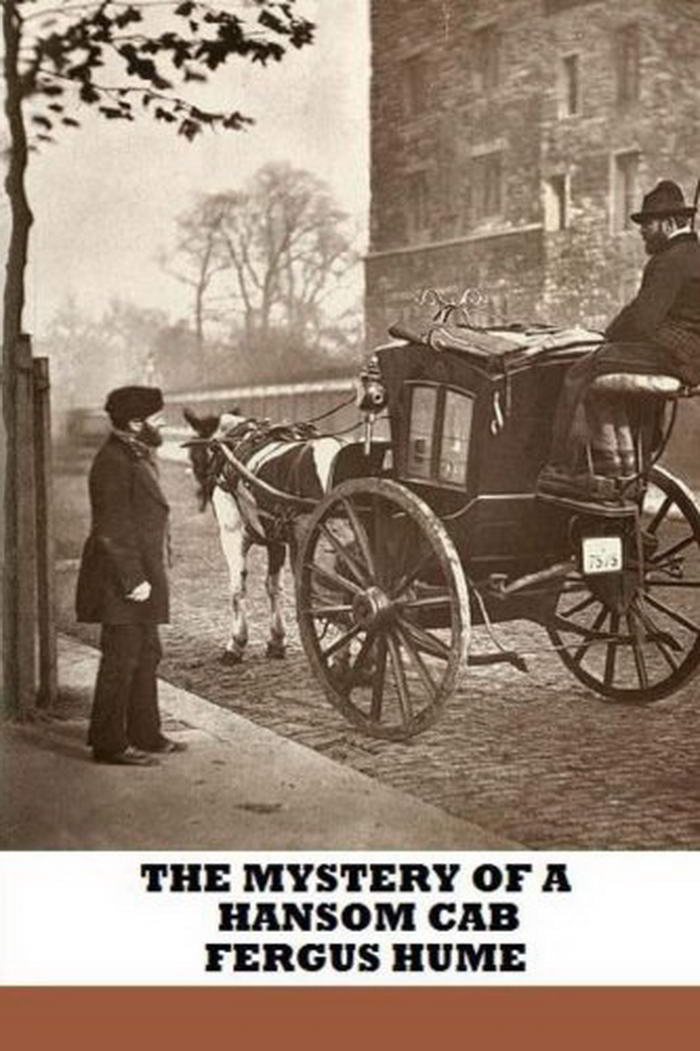 The Mystery of a Hansom Cab

BUY HERE: The Mystery of a Hansom Cab – Fergus Hume

This was published just before the first Sherlock Holmes novel and stole something of a march on the Conan Doyle tale. A huge hit on its release, it sold very well and was one of the best-selling books in 1886. Indeed, it sold 300,000 copies in its first six months on sale in the UK which was a massive amount for the time. It is easy to see why – the story of a mysterious body in a hansom cab which Detective Gorby sets out to solve has many plot turns and keeps you guessing to the end. This author was almost as prolific as the famous Agatha Christie and wrote in the same time period. Many will be familiar with famous titles of hers such as Gaudy Night but for this list, Strong Poison wins out. This just has the edge in terms of the central story and the fact it stars Lord Peter Wimsey as the main sleuth. Wimsey was a fantastic creation and lights up each page of this novel as you read. Based around Wimsey trying to prove the innocence of a young woman on trial for murder, it is a must read. 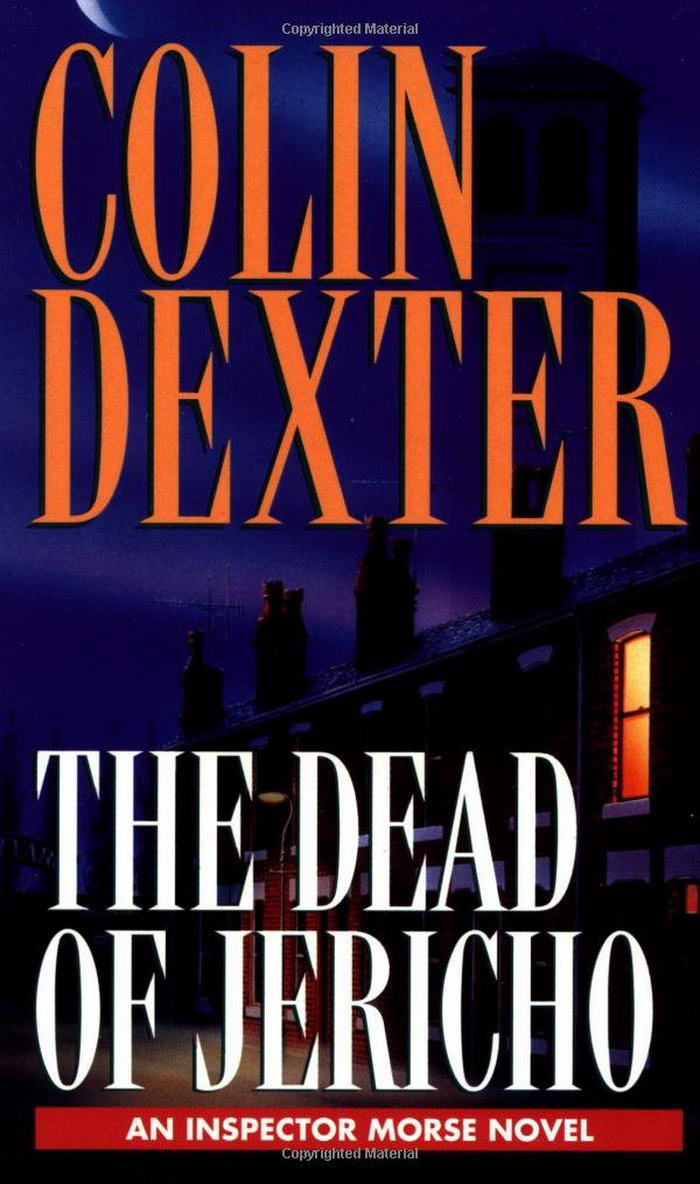 The Dead Of Jericho

One of the most famous recent detectives we have seen is Inspector Morse. First made into a very successful TV series by ITV in 1987, the books they based it on are even better. Evoking that classic English feel of sunny country pubs, upper class families harbouring dark secrets and above all murderous intrigue, they are well worth checking out. This 1981 novel is one of the best and features a story that will grip you and keep you guessing until the last page. Of course, Morse is the star of the whole thing with his wry comment and observations. 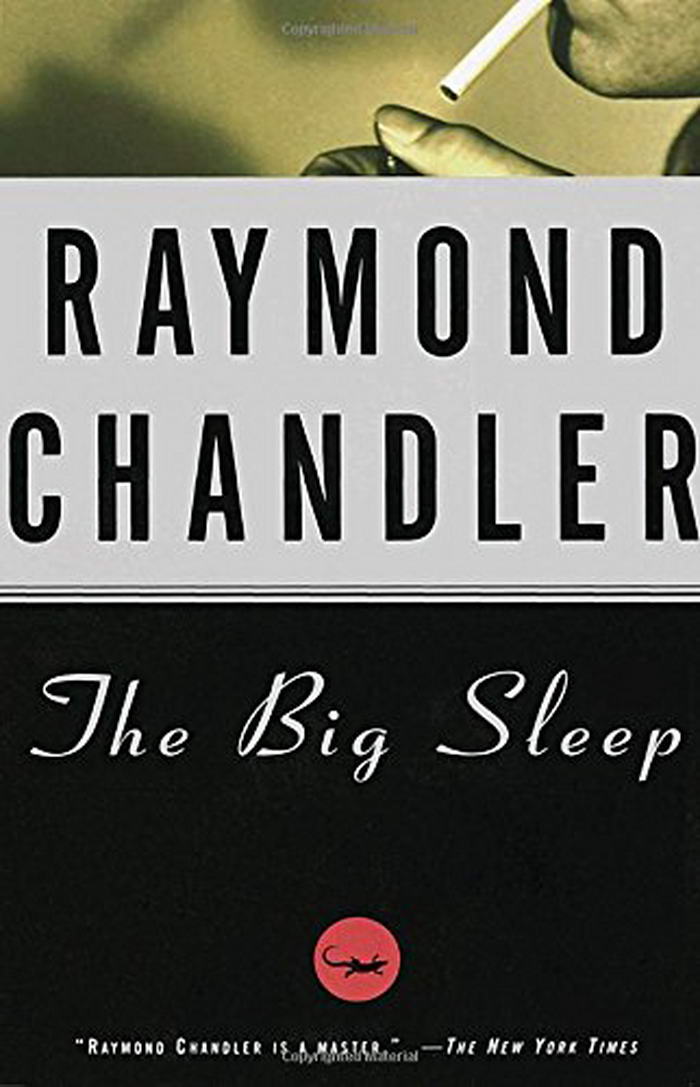 If you like the classic hardboiled detective-noir story, then this is a must read. It was so good that a 1946 film version was made to huge success starring Humphrey Bogart. The central character in this story is Philip Marlowe, who is a world-weary and cynical private eye. A brilliant creation, he is really what makes this novel worth reading with his barbed wit. You do need to pay attention as you read though as there are many surprises and plot twists along the way! All this adds up to a stunning book though that will keep you hooked. 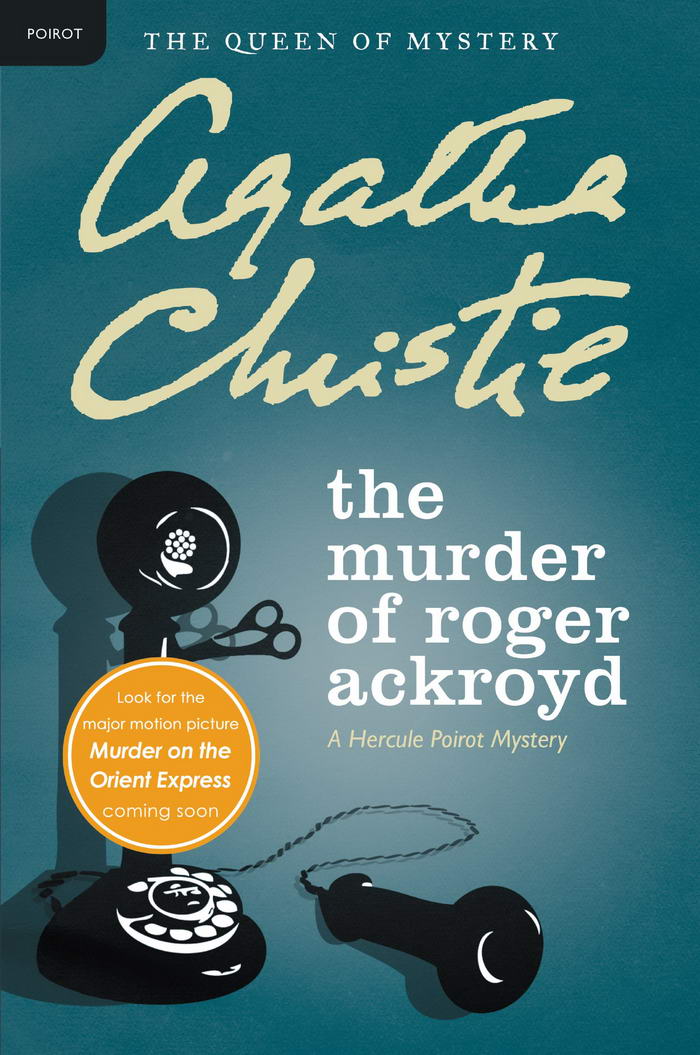 The Murder Of Roger Ackroyd

A big player in detective fiction that merits a mention is author Agatha Christie. She is one of the most famous names in the genre and any of her books have the perfect mix of charm, murder and intrigue. Christie wrote many of her stories based around the characters of Miss Marple and Hercule Poirot. Both were brilliant inventions, but this novel is a Poirot special. This is worth a read not only for his usual meticulous sleuthing but the way the novel breaks the rules in terms of crime fiction. Watch out for the twist at the end too!

01 – The Hound Of The Baskervilles – Sir Arthur Conan Doyle 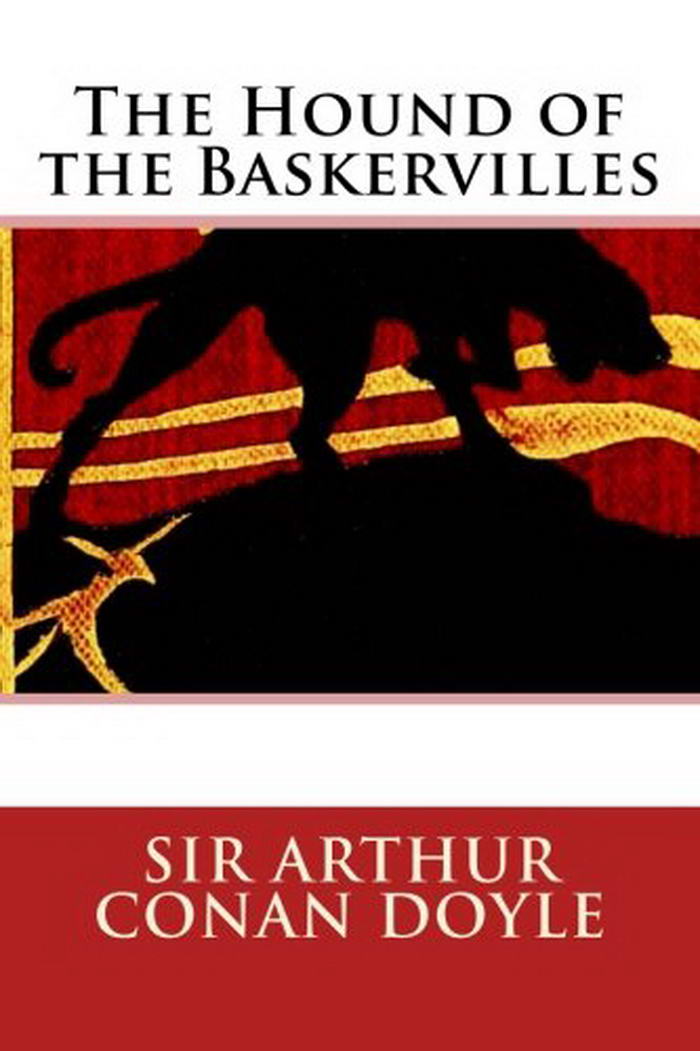 The Hound Of The Baskervilles

If you are putting a list of great detective books together then Sherlock Holmes must make an appearance. All the books he is in are superb, but this was surely the masterpiece. It is one of only 4 full-length stories Doyle penned with Holmes in as most were short stories. Set in the superbly named Grimpen Mire, it tells the supernatural tale of a deadly hound who is roaming the moors and terrorising the Baskervilles. It is a story that keeps you guessing until the end and Holmes is on sparkling form in it too.
If you are wanting to dip your toe into detective fiction, then any of the above are great first reads. All give that fabulous mix of superb characters, twisting plots and plenty of murder! By the time you finish one, you will be ready to move onto the next novel in the list to find out just how great that one is too!