We’re a nation of animal lovers, with dogs, cats, rabbits and even horses all becoming members of the family. However, not all pets are so cute and fluffy! Some people think far outside the box when choosing a new pet to add to their menagerie. If you’re trying to decide on a new animal family member, then here’s some inspiration for you! Just make sure that there are no restrictions on keeping any of these animals wherever you live, as some of them are quite unusual. 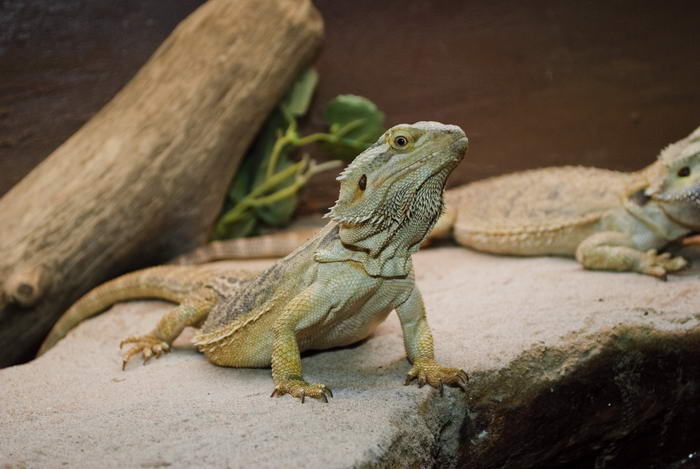 Originally from Australia, bearded dragons are becoming increasingly popular as household pets.They usually live for around six to eight years, and they’re commonly known as ‘beardies’. Although bearded dragons might not look like your typical cute, cuddly pet, they make fantastic additions to the family with their low maintenance and docile natures. 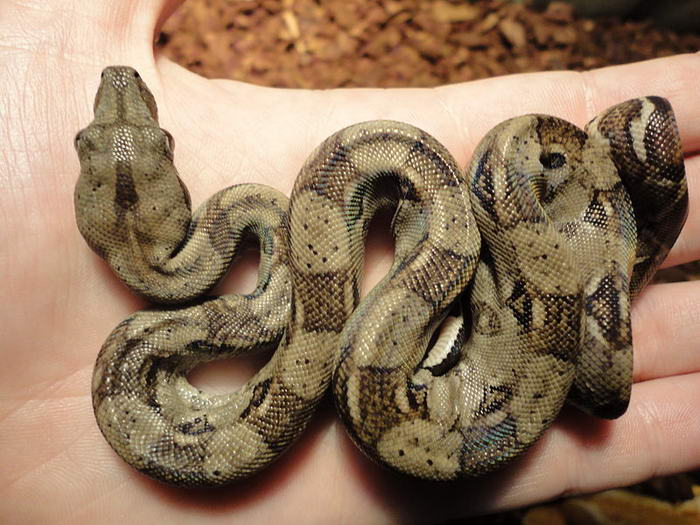 ‘By DestructiveEyes (Own work) [CC-BY-SA-3.0 or GFDL], via Wikimedia Commons

The very thought of owning a snake might make your skin crawl. However – aside from their size – boa constrictors are actually some of the easiest, nicest snakes to own as pets. All you have to do is make sure you have enough room for one, as they grow pretty large! You will also need to have a thick skin to own a snake as a pet, because someone’s going to have to feed it mice for breakfast… 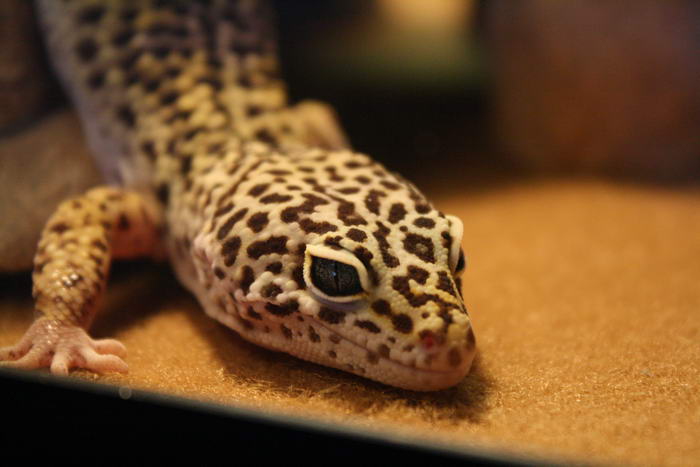 Leopard geckos make great pets, especially as an introduction to owning other, more exotic lizards and reptiles. It’s very easy to look after geckos, as long as they have everything they need. It might be slightly costly to begin with, as you’ll have to buy a heated vivarium, but over the course of their twenty year lives, it’s pretty easy going. 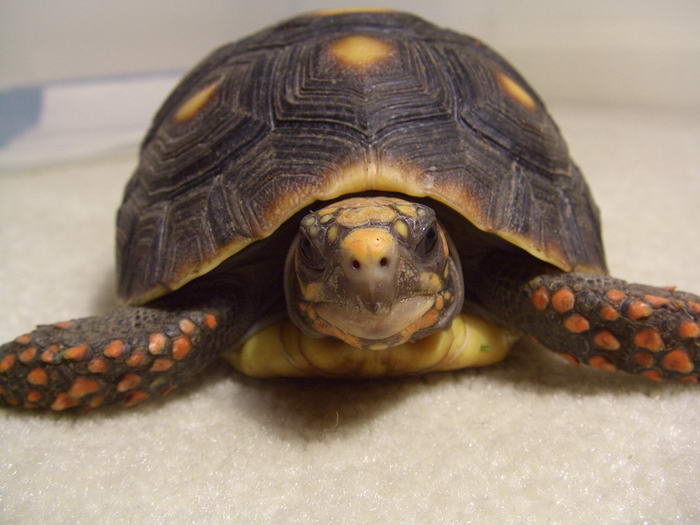 Tortoises can make excellent pets, although you have to be in it for the long run. Many tortoises can outlive us humans, living for well over 100 years, so this is an animal that you have to be prepared to take care of for a long time. If not, it’s best to have a plan in place to ensure that there’s someone else who’ll be willing to take on your tortoise in the future. That said, once you put the time and effort in, you’ll have a pretty cool pet which none of your other friends will have! 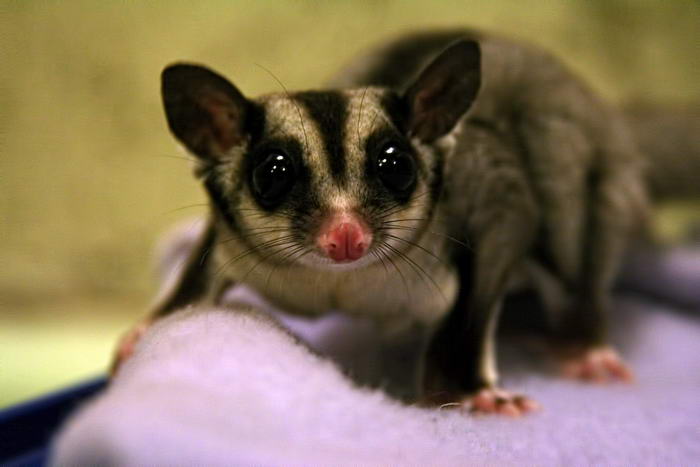 You can be forgiven if you’ve never heard of a sugar glider before. These cute little guys are actually part of the possum family; their introduction to domestic life has only been relatively recent. Aside from being small and adorable, sugar gliders are very intelligent creatures. They are very sociable and require a lot of stimulation, which will take a lot of your attention. It’s best to adopt a pair so that they can keep each other company, but be aware that they’re nocturnal – having two sugar gliders keeping you awake all night might not be so appealing, after all! 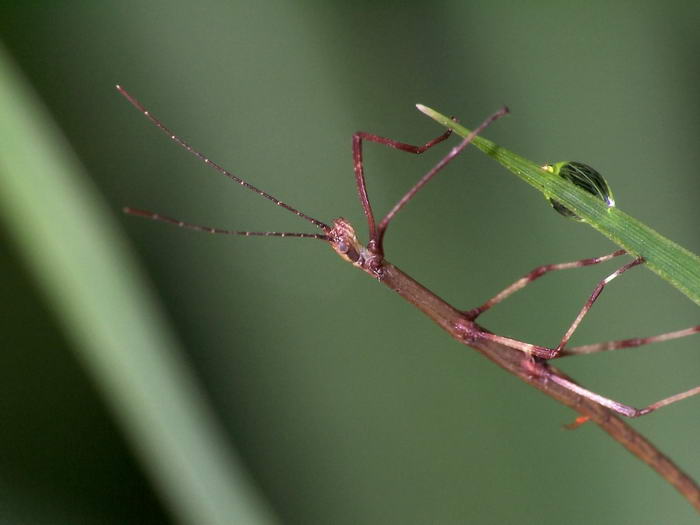 Stick insects might not strike you as the most interesting of animals to keep as pets, but doing so can be remarkably rewarding. If you take good care of them (which is pretty easy to do), stick insects can end up living for several years. Of course, it goes without saying that although they’re a wonderful introduction to pet ownership for kids, a lot of adult supervision is required. Stick insects’ bodies and legs are very fragile, which can break very easily if they’re handled too roughly.

Macaws are absolutely beautiful birds – there are 17 different species, which come in vibrant colours such as yellow, aqua blue, marine blue, green and bright red. As far as pet birds go, macaws are fairly large, but they’re also very intelligent. They’re easy to train – not just to talk, but to obey certain commands, as well. A pet that keeps you on your toes, interacts with you, and looks incredible too…what more could you ask for? 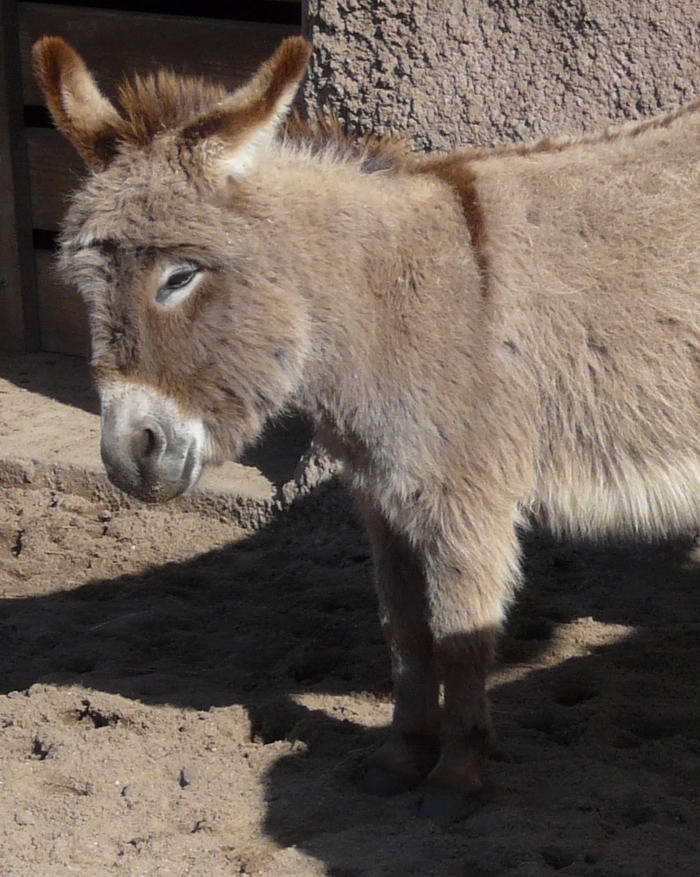 Miniature donkeys are amazing with children, which makes them wonderful family pets. Ok, so you may not be able to snuggle up on the sofa with them (they might be miniature compared to regular donkeys, but they still stand at three feet tall), but they still have lovely characters. That said, you have to be prepared to take on a lot with a donkey – miniature or otherwise. These animals need company, and often suffer from depression if they’re kept on their own. All of this means that you can’t just have one pet miniature donkey, you have to have two. When they’re as lovely as they are, I think that’s just a bonus! 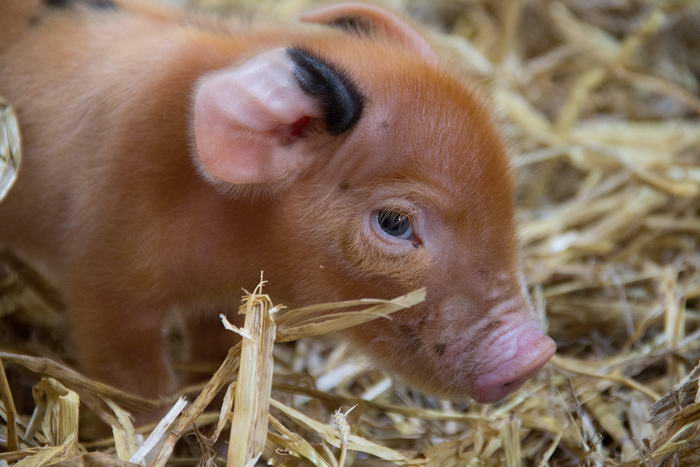 The name ‘micro pig’ (otherwise known as ‘teacup pig’) is a little misleading. These pigs will not stay piglet-sized their whole lives. They will end up growing to about 50-60 pounds, or the same size as a dog. That said, they still remain pretty darn cute, no matter how big they get! It’s well known that pigs are very clever animals; they can be house trained and taught tricks in much the same way as dogs. This means that micro pigs can give you a similar sense of satisfaction that you receive from owning a dog, but in a much more original way. 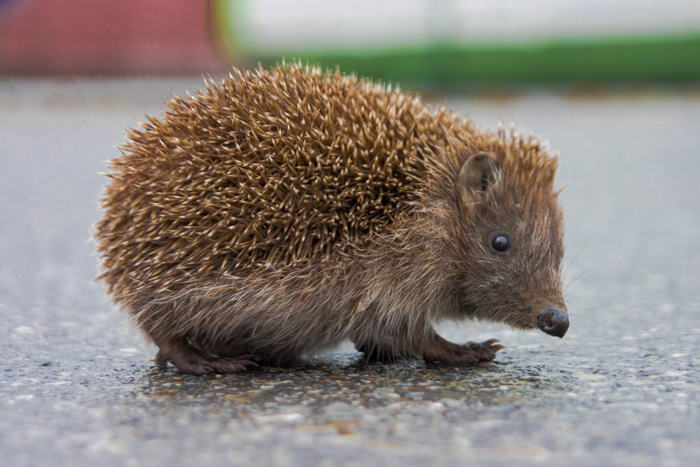 As unusual as it might sound, hedgehogs actually make really good family pets. Handle them a lot, and they become really affectionate towards their owners. Far from being ‘too prickly to handle’, they feel pretty smooth to the touch…when they’re happy and content, that is! They’re very easy to look after, but one thing to remember is that hedgehogs are nocturnal. Although their faces are really cute to look at, you probably won’t be saying that in the middle of the night when you can’t sleep!