One of the most famous and feared gangsters in history, particularly in the UK, are Ronnie and Reggie Kray. Ruling London with an iron-grip during the 1960’s, their blend of violence and glamour still fascinates us today. Eventually caught by the police and sentenced to life imprisonment, they have both now passed away. Their story lives on though as can be seen in the recent Tom Hardy film, Legend.
We’ve all heard a lot about them over the years but here’s the ten most interesting things about them: 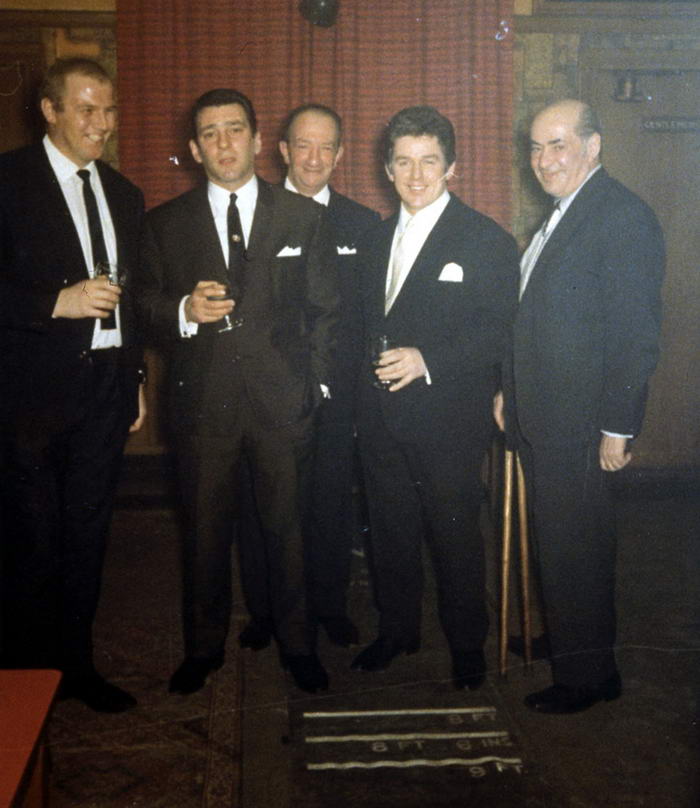 London gangster Reginald Reggie Kray in 1968 – By The National Archives UK (Drinks with Reggie) [No restrictions], via Wikimedia Commons

When you think of past-times for hard, scary gangster’s, poetry is not the first thing that springs to mind. But, according to childhood friends from London’s East End, this is true. Both Ronnie and Reggie enjoyed writing verse and there are scores of unpublished poems they left behind in notebooks.

09 – The Spent Time in the Tower of London 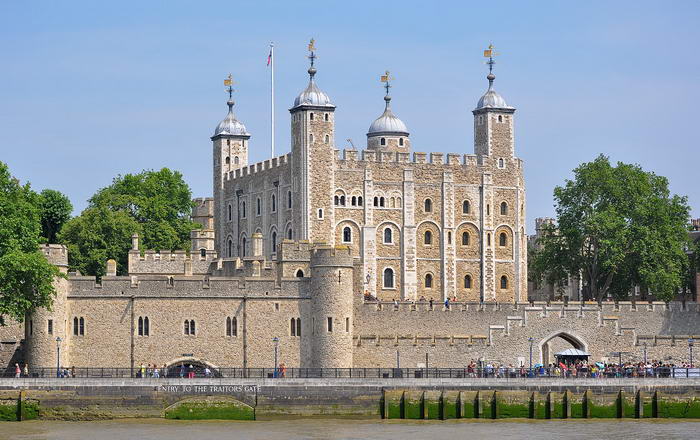 Tower of London – By Bob Collowân (Own work) [CC BY-SA 3.0], via Wikimedia Commons

This is pretty amazing but totally true. In the 1950’s, the UK still had National Service where young men had to serve a year in the army by law. The twins didn’t fancy this at all and went on the run from their barracks instead. When caught in 1952, they were put in the Tower of London for a few days. This made them one of the last people to ever be held there. 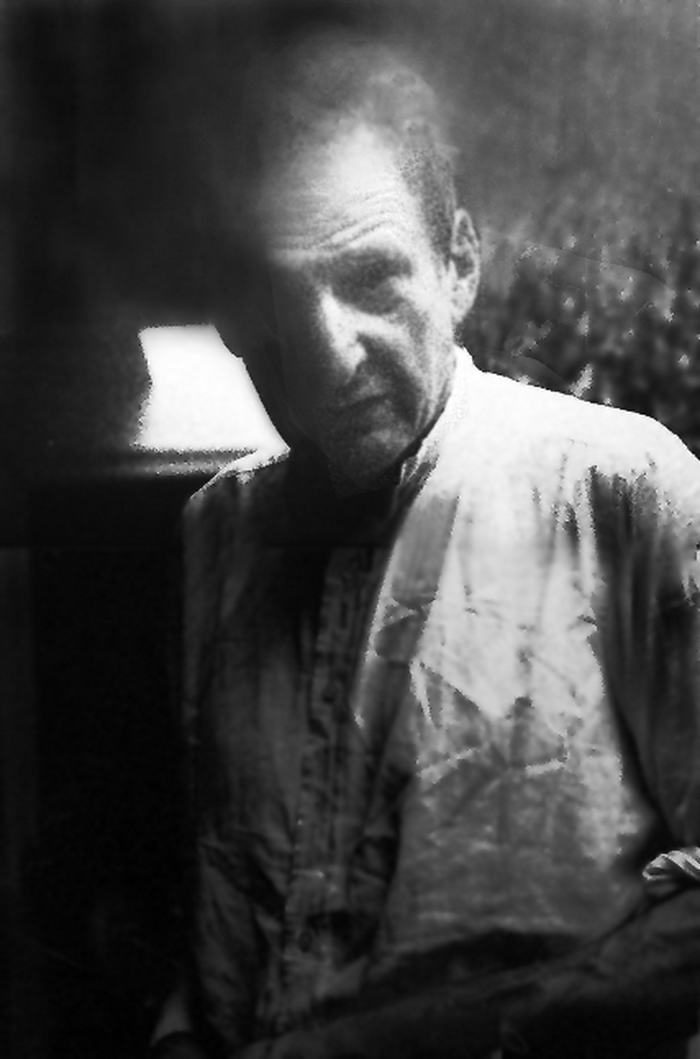 Lucien Freud – By procsilas (Flickr) [CC BY 2.0], via Wikimedia Commons

Allegedly the famous English painter Lucien Freud owed the Krays around £500,000 in gambling debts. He was obviously better with a brush in his hand than cards! Naturally, the twins wanted the money off him and he once had to cancel an exhibition in case they found out and came down looking for it!

07 – There Were Three Kray Brothers 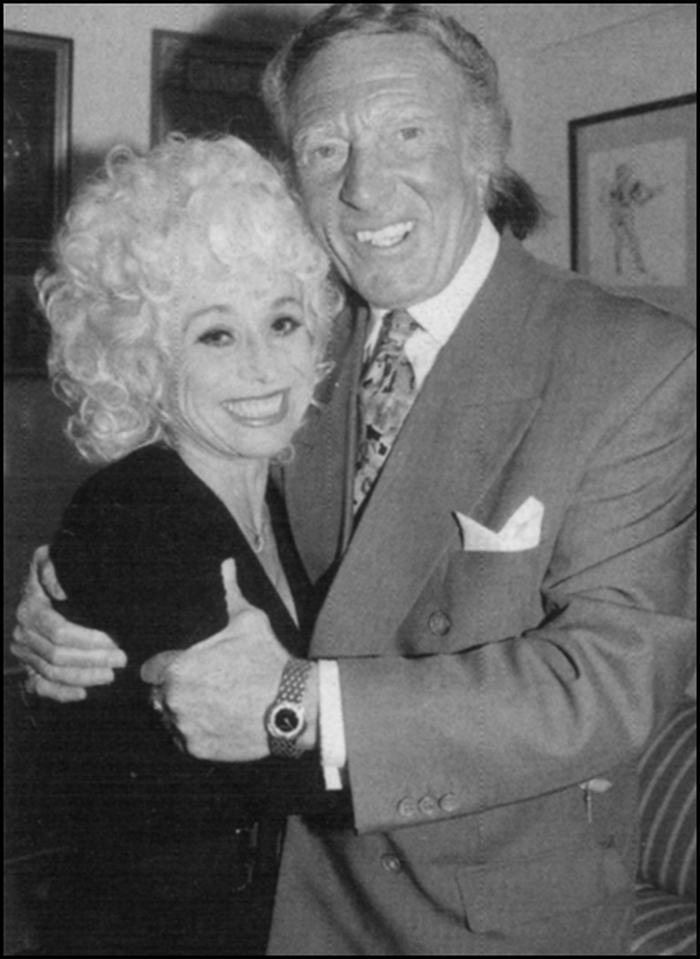 Although only two twins in Ronnie and Reggie, there were actually three brothers in total. Charlie Kray was also a member of their gang, ‘The Firm’, but stayed out of the limelight. The law caught up with him eventually though and he was convicted of his part in a £93 million drug smuggling ring in 1997, aged 70. 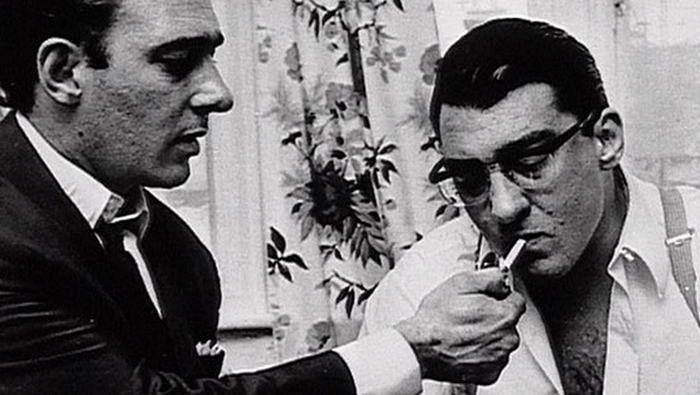 As shown by Tom Hardy in Legend, Reggie Kray developed a very effective way to break someone’s jaw over the years, namely ‘The Cigarette Punch’. He would offer someone a cigarette and when they went to place it in their mouth, unleash a devastating hook to their jaw. As their mouth was open, breaking the jaw was almost guaranteed.

05 – The American Mafia sent a Wreath to Reggie’s Funeral 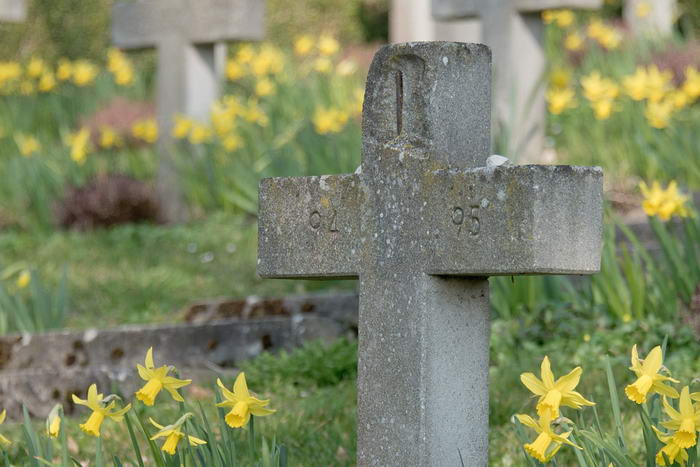 When Reggie Kray passed away in 2000, it was thought that the Mob in America showed solidarity by sending a wreath to the funeral. A mysterious bouquet with a picture of Manhattan on and the words ‘In deep respect, from your friends, New York’ was thought to be theirs.

04 – Ronnie Kray Wanted To Set Up a City in Africa 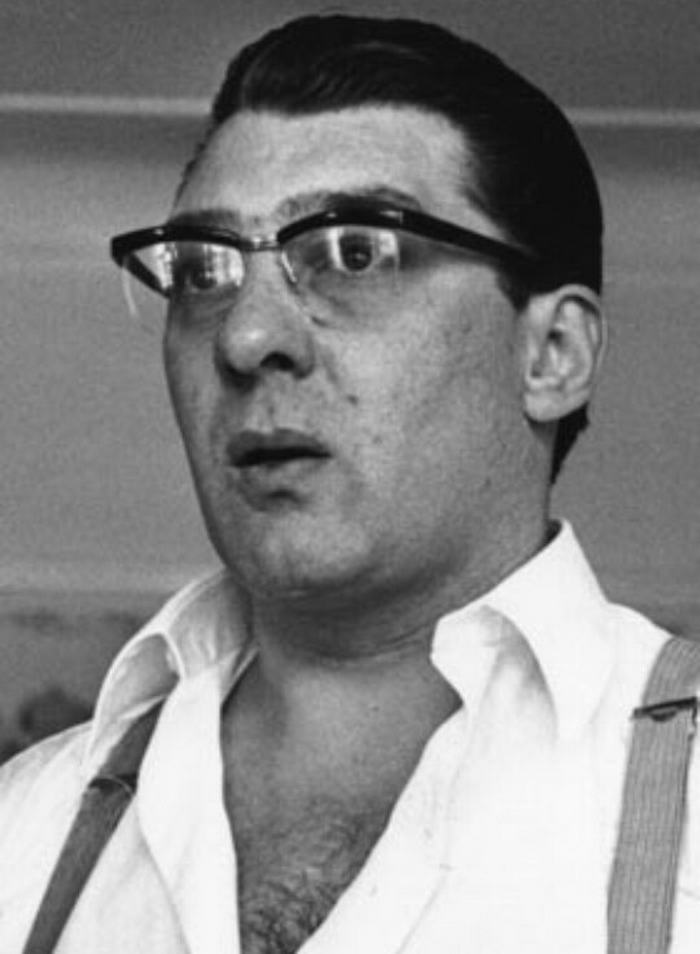 When it came to the twins, Reggie was the sensible businessman and Ronnie was more the grand dreamer. In a way, that is why they were such a formidable partnership. One of Ronnie’s big ideas was to use vast amounts of the twins cash to set up his very own new city in Africa. He dreamed of being some sort of feudal lord in charge of it that could look after the inhabitants and enjoy their adulation. Not surprisingly, it didn’t happen. 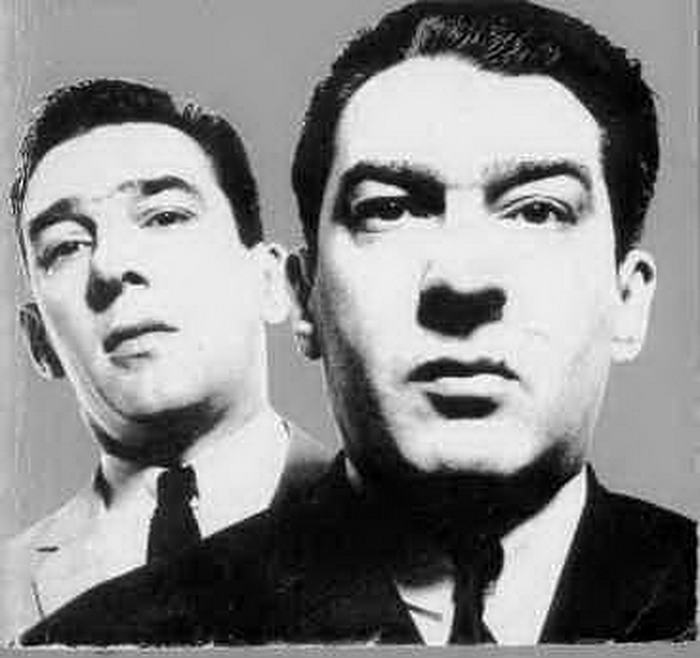 One of the killings they were convicted for was that of Jack ‘The Hat’ McVitie. A low-level operator in The Firm, the twins were furious with him for failing to carry out a contract killing on their behalf and also his general bad behaviour. After luring him to a party in a basement flat, Reggie Kray stabbed McVitie numerous times and killed him. It got so bad at one point that his liver came out and had to be flushed down the toilet!

02 – They Were Both Fine Boxers 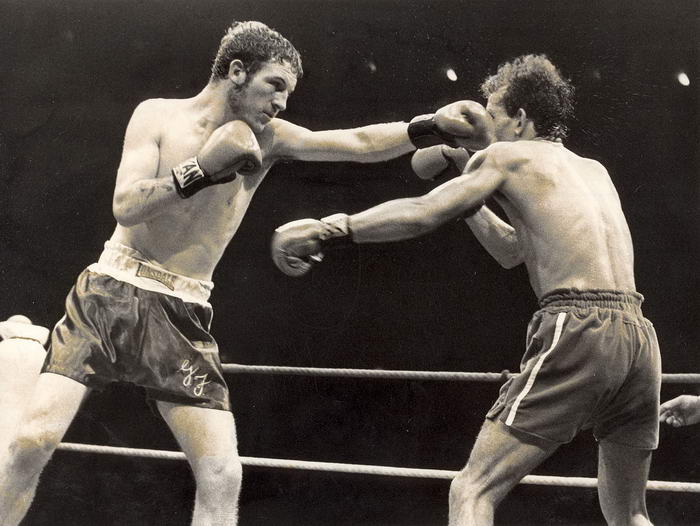 It’s no secret that both twins were hard as nails and could handle themselves in a fight. A lot of this stemmed from their boxing training when youngsters growing up. The training kept them in great physical shape and the techniques they learnt proved invaluable out on the street. Reggie was the better of the two but Ronnie was also very handy in the ring.

01 – They Were Buried At the Same Cemetery 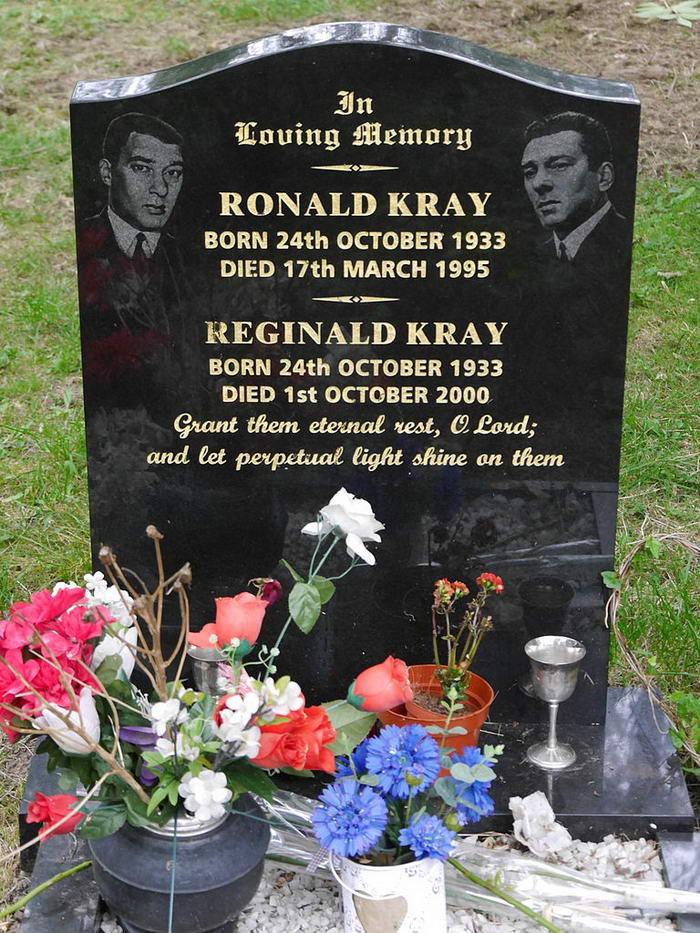 The Kray Twins were very proud of their East End roots and were buried at Chingford Mount Cemetery in the area. Both funerals drew huge crowds as numerous old friends and the public came to pay their last respects.

The Kray Twins name will forever be etched into the criminal history books for not only their crimes but also their personal lives. Mixing celebrity, violence, glamour and swagger into a lethal cocktail they were true legends of their time.