One of the most famous women in all history has to be Cleopatra. As Egypt’s last independent Pharaoh, she was loved in her country for being a strong, powerful leader. Many will know her name from the passionate affairs she conducted with Roman legends Mark Anthony and Julius Caesar. Although her beauty was not in question, she also had a sharp military brain that she used to stay in power for many years.
Here’s ten amazing facts about Cleopatra you may not know: 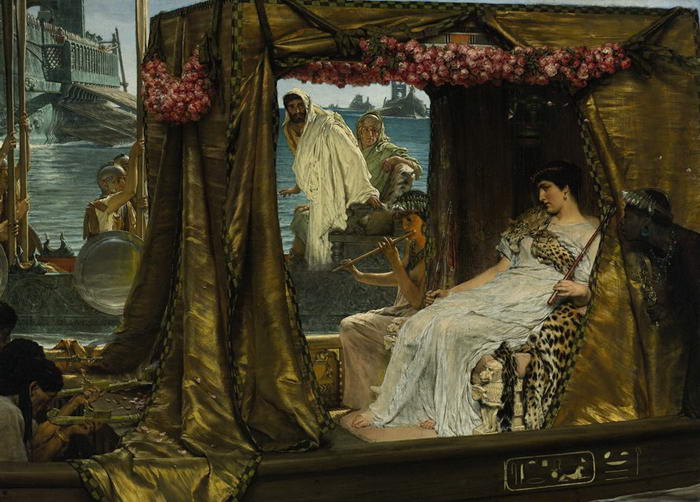 The Meeting of Antony and Cleopatra – Lawrence Alma-Tadema [Public domain], via Wikimedia Commons

Although born in Egypt technically, she actually traced her family tree back to Macedonian Greece and Ptolemy I Soter who was a General in Alexander the Great’s army. After Alexander died, Ptolemy took over as Egyptian ruler which launched an entire dynasty of Greek-speaking Egyptian rulers. Cleopatra did embrace the local Egyptian culture though and was the first member of this line of Pharaoh’s to learn and speak the local language. 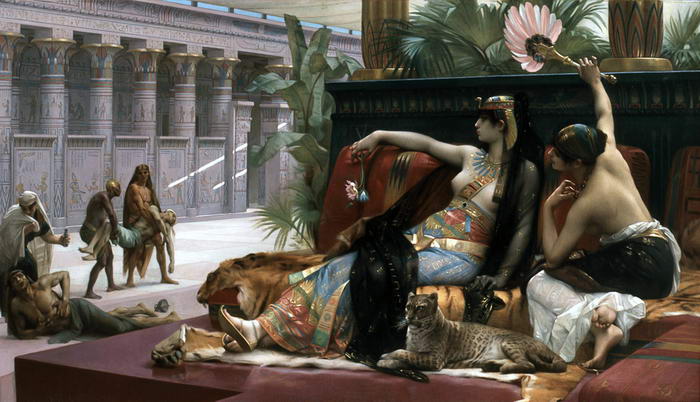 It was not uncommon in ancient times for ancient families to marry within the family bloodline to preserve its purity. This was true of the Ptolemaic dynasty in Egypt and it is thought a lot of Cleopatra’s ancestors tied the knot with their close relations. Some believe that her own parent were in fact brother and sister which is gross! In keeping with the fashion of the time, Cleo married both of her brothers who served as co-regents at various times in her reign.

08 – Although Beautiful, This Wasn’t Her Biggest Asset 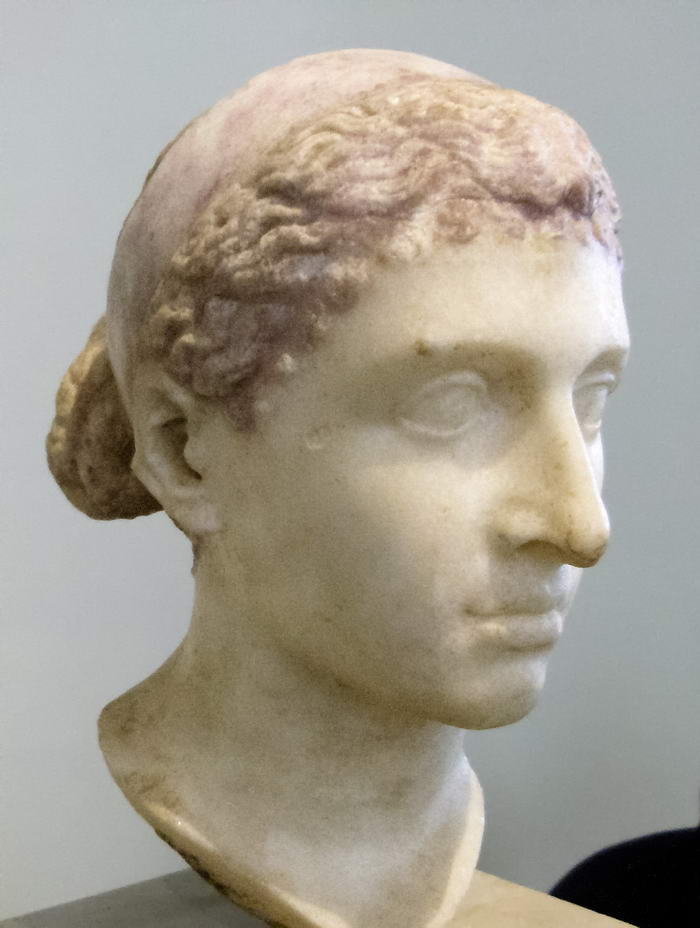 Many blame Roman propaganda for the modern view we have of Cleopatra as an alluring sex kitten whose beauty was irresistible to men. Although thought to be pretty, there is evidence that she was not quite as striking as that. Coins showing her portrait seem to suggest a big nose and many believe she portrayed a masculine appearance to gain respect. Indeed, it is thought to be her great intellect that saw her be so successful as ruler of Egypt. She spoke a dozen languages, and was educated in maths, politics and philosophy which would certainly support that view. 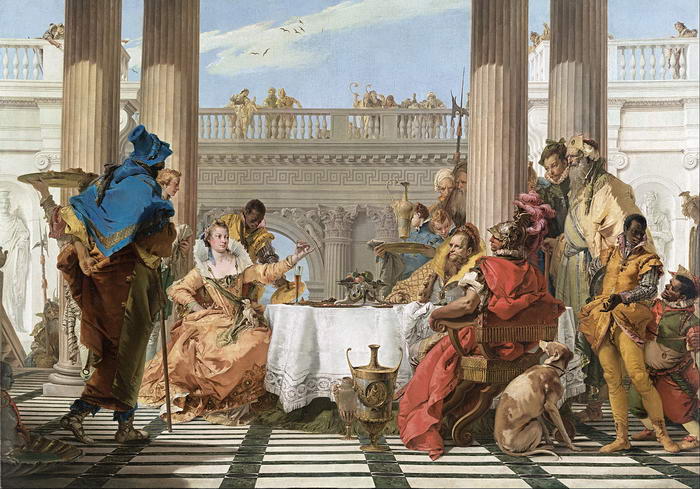 Although ‘Game of Thrones’ is a TV series, the ruthless power grabbing shown was quite common in ancient times. Egypt was no exception and Cleopatra certainly indulged in this past-time herself from all accounts. After her first sibling Ptolemy XIII ran her out of the country for trying to grab the throne from him, she was not deterred. Joining forces with Julius Caesar, Cleopatra fought a civil war against Ptolemy XIII that saw her win and him drown in the River Nile! After this, she re-married her younger brother but is thought to have murdered him so her son could become co-ruler. Not content with this, she also arranged for her sister Arsinoe to be killed as she was becoming a rival to the throne.

06 – She Knew How To Make An Entrance 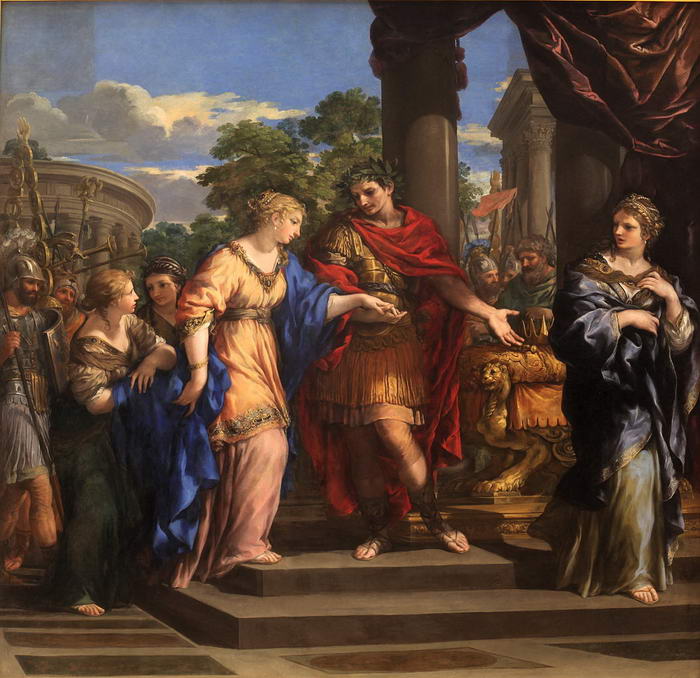 As was fairly common with ancient rulers, Cleopatra thought herself divine and a living God. Playing on this, she often used her love for theatre and stagecraft to woo potential allies. A famous example of this is the way she received Julius Caesar into Alexandria in 48 B.C. when she was trying to get him to side with her regarding the civil war in Egypt. Knowing that she could not just walk in to greet Caesar as enemy forces would stop her, she arranged to be rolled in a carpet and delivered to his personal quarters instead!
She followed a similar dramatic tack when meeting Roman General Mark Anthony in Tarsus. Arriving on a golden barge adorned with bright purple sails, she had been made-up to look like the Roman Goddess of love Aphrodite. This instantly enchanted the General and allowed her to forge an allegiance with him.

05 – She Was In Rome When Caesar Was Killed 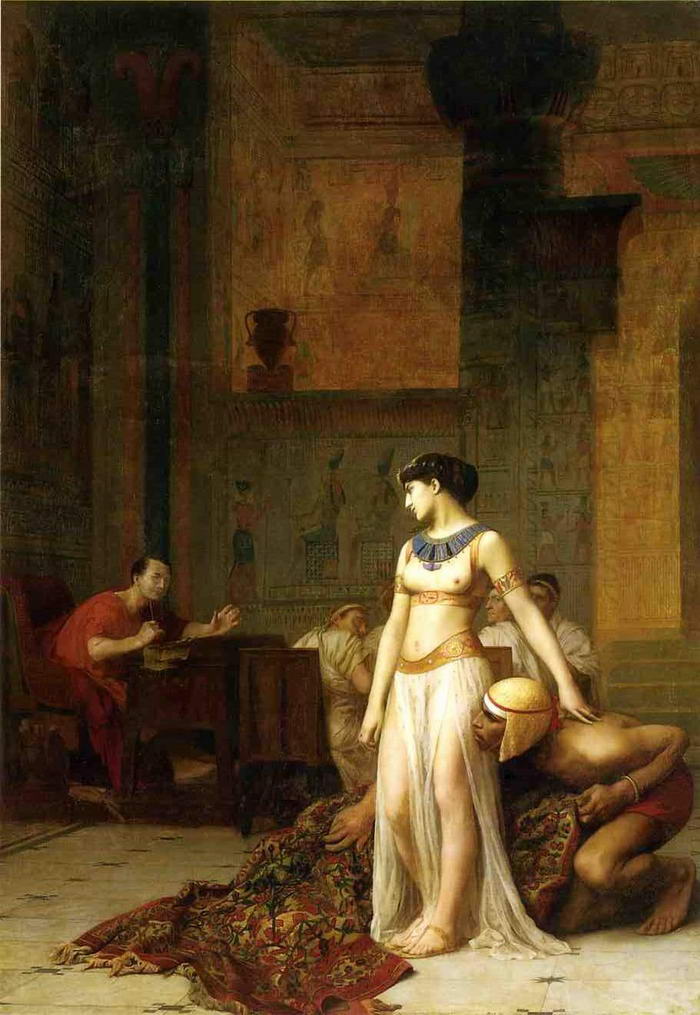 After they began their torrid love affair, Cleopatra decided to join Roman Emperor Julius Caesar in Rome. This didn’t go down too well as they flaunted their affair openly and Caesar even erected a statue to her in a famous Roman temple. Following Caesar’s stabbing in 44 B.C., she was forced to flee in order to escape the baying Roman mobs. Her lasting legacy on Rome was mainly fashion related as many Roman women copied her exotic hairstyle and pearl jewelry.

04 – She Formed A Wild Drinking Club With Mark Anthony 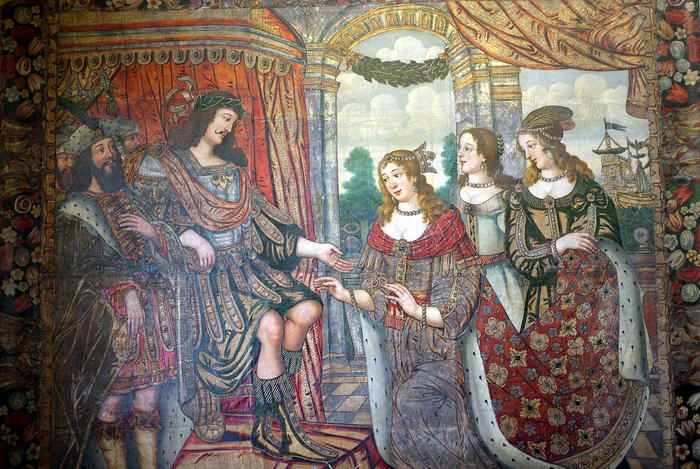 As well as Caesar, Cleopatra also had a love affair with Mark Anthony. Although it started out as a political move designed to help her maintain power in Egypt, she son become genuinely fond of the Roman General. It was a similar story for Anthony who, while in lust with Cleopatra, also needed her access to the resources Egypt had. In amongst all this political dealing though, they found time to have some damn good fun! One of these japes was to form their own drinking club called the ‘Inimitable Livers’. This club engaged in nightly feasts and wine-binges along with playing games and pranks when sloshed.

03 – She Led A Naval Fleet Once In Battle 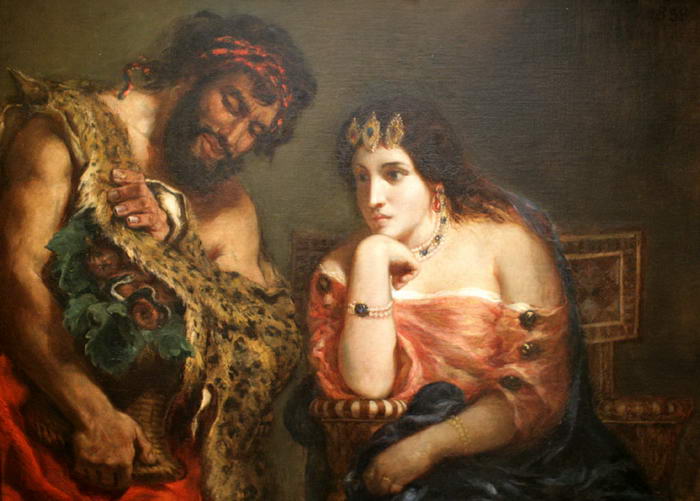 Eventually Cleopatra married Mark Anthony and had three kids with him. This created a huge uproar in Rome though and Anthony’s political rivals used it to portray him as a traitor, in awe of the Egyptian outsider. Such was the Roman distrust of Cleopatra, the Senate declared war on her in 32 B.C. This conflict came to a climax the following year with a massive naval battle at Actium. Cleopatra was fully involved in this and led a fleet of Egyptian ships into the fray. Unfortunately, they were soon routed and she was forced to flee to Egypt in fear of her life. 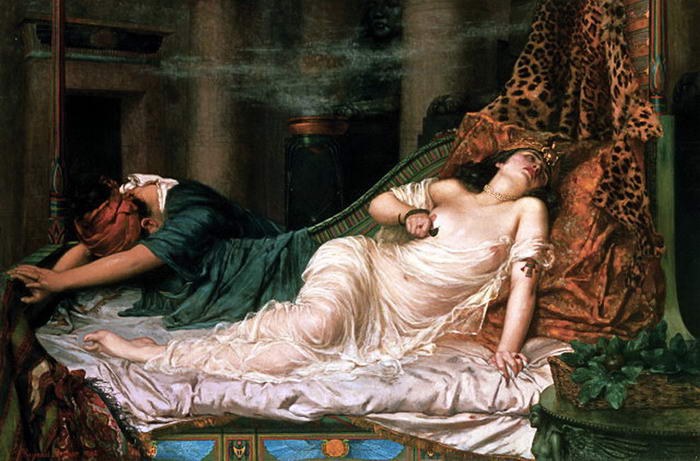 One of the most enduring myths about this Queen is that she committed suicide by letting a poisonous snake bite her. Her reason for suicide lay in the failed battle against Roman forces that saw her flee to Alexandria. Knowing her kingdom had fallen, she decided that taking her own life was the only option. While legend has it she enticed a cobra or viper to bite her, many now believe this not to be true. Accounts of the time confirm that she often had a hair comb dipped in poison on her person so may have used this instead. 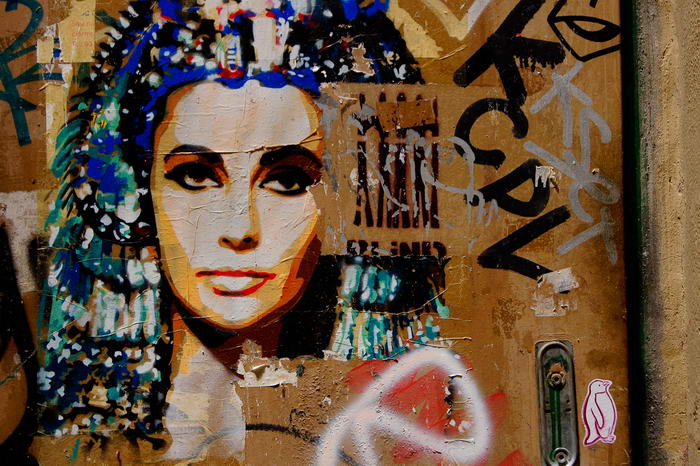 Easily the most famous telling of her story on the silver-screen was ‘Cleopatra’ starring Elizabeth Taylor in 1963. Although it was initially given a $2 million budget, this spiralled to a whopping $44 million by the time it was finished! There were numerous reasons for this from production delays to crazy amounts spent on costumes. By the time it had been shown in cinemas, it had almost bankrupted the movie studio that made it. Although it did very well and made huge revenue when released, it still remains one of the most expensive movies in history.

Cleopatra was a strong leader and woman, in a time when strong women were not that common. More than this though, it was her sharp mind and quick brain that allowed her to rule for so long and with such success. Even to this day, people are still fascinated by this ancient Egyptian Queen and the events around her life and death.