In the world of celebrity chefs, few were as wild and charismatic as Anthony Bourdain. This New York born cook was a veritable whirlwind of a man with energy and personality to burn. He was also a pretty good chef too! As happy dining with then President Obama as trying local street food on location around the world, he kept millions entertained with his popular Parts Unknown and The Layover shows on TV.
His reported suicide recently was therefore a real shock to his followers. While what was behind his death is still unclear, his colorful life has inspired much interest. Here are the ten most obscure facts about this well-loved chef you might now know.

10 – He Started Work In Restaurants Early

After being born in New York, Bourdain spent many vacations in France while growing up which piqued his interest in food. Following this, he spent his vacations when a young adult in Cape Cod working in various restaurants and honing his skills. As you would expect he worked his way up from the bottom and did many of the most basic jobs to begin with.

09 – He Was Addicted To Cocaine and Heroin

While you may know he had a wild past with drink and drugs, you may not know exactly what specifically Bourdain used to enjoy. After quitting his college degree and enrolling at the Culinary Institute of America, he developed an addiction to both cocaine and heroin. He eventually beat his demons to stay away from them both and not fall foul to the usual spiral of addiction people see.

08 – He Carried On Drinking

While Bourdain was firm on quitting hard drugs like the above and didn’t smoke, he still enjoyed a drink. While some people may find this surprising, he managed to drink alcohol without it tempting him back into other illegal drugs. Bourdain himself addressed this by saying his later experiences with dope and coke were so bad, they put him off for good!

By Peabody Awards (Anthony Bourdain) [CC BY 2.0 ], via Wikimedia Commons

If you only know him from his popular TV shows, you may be surprised to know that he was first a best-selling author. His inside take on the world of professional cooking called ‘Kitchen Confidential’ was a massive hit and made him a household name overnight. It was a hard-hitting account of the life of a professional chef and how the culinary industry worked.

06 – His Best Friend Was Eric Ripert

Some may not know that Bourdain’s best friend was an award winning French chef called Eric Ripert. After Bourdain had featured his restaurant in his No Reservations show, Ripert invited him to a private lunch where the two struck up a firm friendship. Ripert often travelled with Bourdain when he was away filming and was in Paris when Bourdain died.

Bourdain had a daughter called Ariane with his second wife Ottavia. This was one of the main catalysts to Bourdain calming down and starting to live less outrageously. He said that being a father had changed him and he would probably not do all the dangerous things he had done in the past with being a dad.

04 – He Was Dating Asia Argento

After leaving his second wife, Bourdain began to date famous actress Asia Argento. She is the daughter of famous Italian film director Dario Argento who made many horror movies at his peak. He seemed to be blissfully happy in the new relationship and was reported as telling people how content he was before his recent death.

As well as his uncompromising personality and straight-talking approach, Bourdain’s tattoos added to his bad-boy image. He had an impressive collection with a scorpion from a house party in Nashville and a snake swallowing its tail from Malaysia when filming. Rather fittingly he also had a chef’s knife tattoo as well to reflect his main passion in life.

For a man who travelled as much as he did, this is a weird one! You would have expected that someone who flew as much as he did for work would be well aware of eating when in the air. It seems that he hated this kind of food though! He claimed to never eat when in the air and instead loaded up on food before he even got to the airport itself. 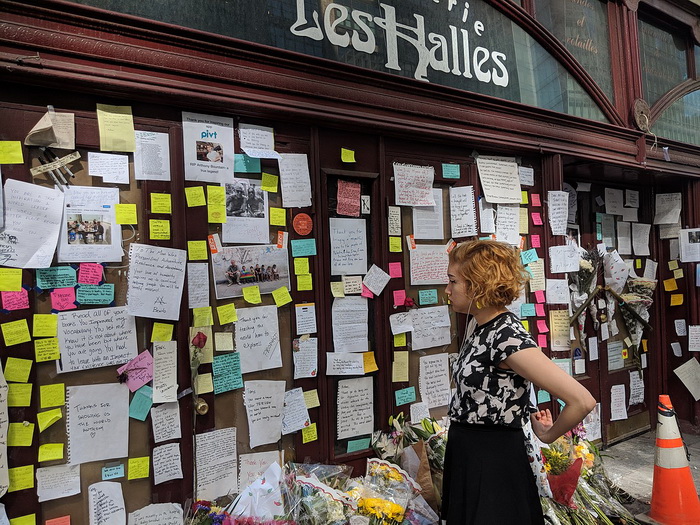 This certainly came in handy for his TV filming exploits! Bourdain had a very clever and neat trick for finding out the best places to go when visiting somewhere new. He would go online and post on relevant forums how he thought a particular place he had picked at random had the best food in town. This would then see lots of replies disagreeing with him and giving him all the information he needed about where to go instead!

There is no doubt that Anthony Bourdain will be missed by many. His interesting, entertaining and often funny shows were great to watch. They also allowed people to travel all across the globe without leaving their sofa. While we still do not know the full-story of what happened to him, the TV world will certainly be a poorer place without his unique style and personality.