If there is one thing that has always gone throughout history and always will do in the future, it is people getting drunk! You just can’t deny the fun and enjoyment you get from a night out with friends, having a few drinks to fully unwind. From the ancient Greeks and Romans right up to the modern day, this has always been true. Part of this for some people is the drinking game. These games not only add even more fun into the evening but are real achievements if you manage to win!
Here are ten of the most insane drinking games in history from around the world. 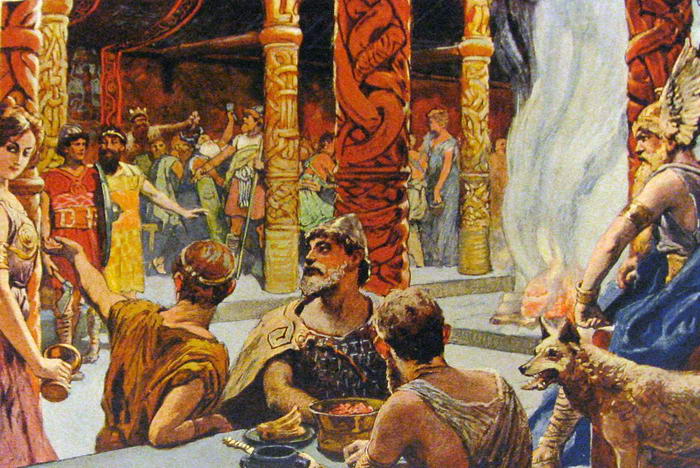 This ancient drinking game is found in the Nordic traditions of the Vikings. The Sumbel itself was the name of the drinking game as well as the horn shaped drinking vessel used to play it. It was usually played at large social occasions as a means to bond with others around you. Originally, mead would have been placed in the horn for everyone to drink from but following on from that, anything alcoholic was used.
During the Sumbel game, a passionate toast would be shouted before the first rounding of drinking began. This was normally dedicated to the Gods and the horn would be filled and passed to all present to drink from. The next round would be dedicated to fallen heroes while the final round would be a personal dedication by each player to friends who were no longer alive. Obviously by the time it finished, everyone would be pretty drunk! 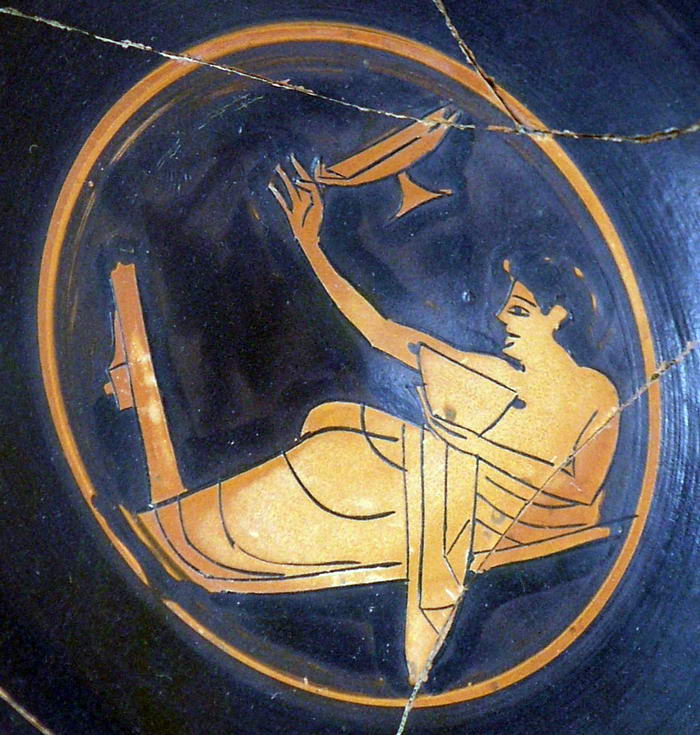 This drinking game was popular in ancient Greece around the fifth century B.C. and could get quite messy. The Kottabos was actually the name of the bowl used in the game. This was a wide, flat dish that was filled with wine for each player to drink. Once they had drunk all the wine in the dish then the aim was to throw the dregs at wooden targets in the room to knock them over.
Needless to say, this could get very messy! Luckily most of the Greeks who played this game were very well off and had servants to clean the mess up. The Kottabos bowl was usually highly decorated and sometimes had funny picture on too. 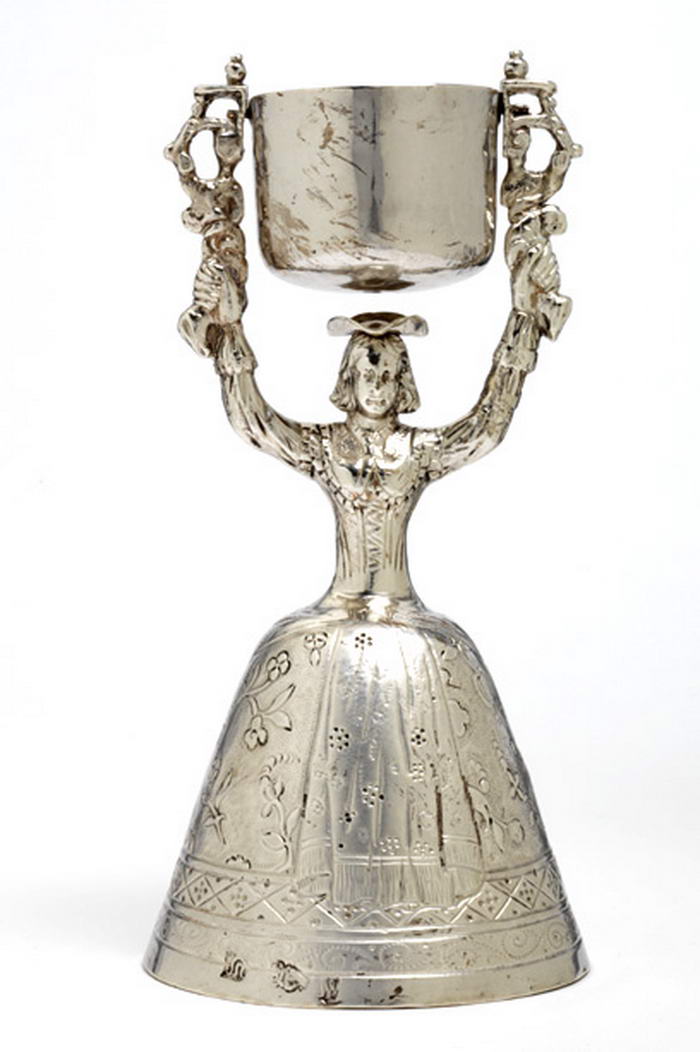 The Wager Cup – By VAwebteam at English Wikipedia [GFDL or CC-BY-SA-3.0], via Wikimedia Commons

This drinking challenge was based on the cup of the same name. The Wager Cup was originally known as the Maiden’s Cup and its use stretches back to 16th century Germany. To begin with, it was used mainly at weddings. The cup itself was in the shape of a women with a wide skirt that made a cup when inverted.
When swivelled to remain upright, the woman figure also carried a separate bowl above her head to effectively create two cups in one. The aim of the game was to drink from the woman’s skirt without spilling any drink that had been placed in the pivoting bowl. Their use into a widespread drinking game began when the cup came to England and was renamed The Wager Cup. 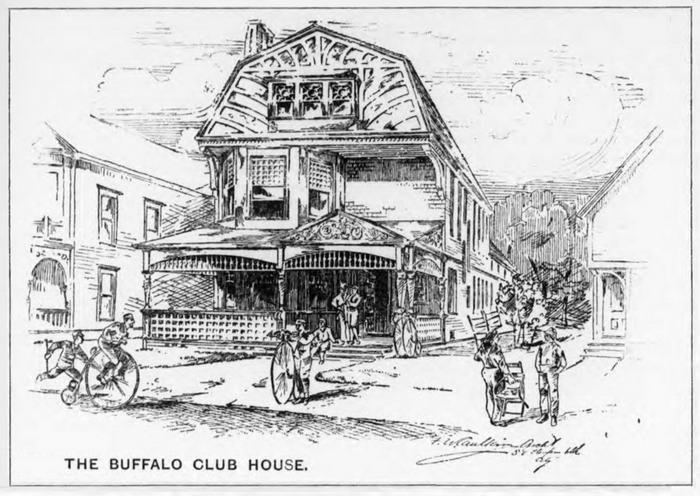 This is less a drinking game and more a lifestyle choice! Buffalo was a by-product of the Wild West era where gun slingers would use their non-dominant hand for everything apart from shooting. The theory being that you always had your gun hand free if suddenly needed! This idea crept into the modern age and has seen the Buffalo drinking game emerge.
The added twist with this game is that you can only play if you are a member of the secret Buffalo society. There are many Buffalo chapters in the USA and Europe – only current members can induct new ones though. The game works by always using your non-dominant hand to drink with – if you are caught by a member not doing this, they shout “Buffalo” and you have to down the drink in one. You are also allowed to Buffalo yourself if you are on your own with no other member around to pick you up. 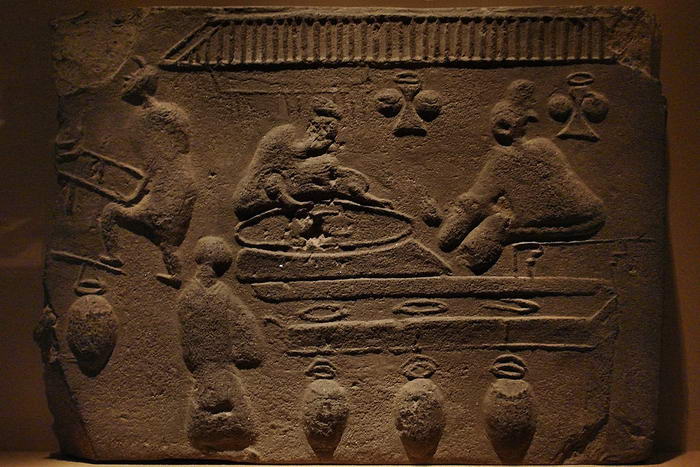 Treasures of Ancient China – By Editor at Large (Own work) [CC BY-SA 2.5], via Wikimedia Commons

First noted as being played during the Zhou Dynasty around the 11th century B.C. It was initially dreamt up to regulate the amount people in China drank but then became a drinking game in its own right. There were two types of Jiuling just to make it complicated! Common Jiuling was the one most widely played and involved each player having a turn. On their turn, they would have to answer a question or complete a task. If they failed, then they would lose and have to take a drink.
Literary Jiuling was played by the upper classes in China who considered common Jiuling vulgar. This worked in the same way, but the tasks set were more highbrow in nature. Whichever version you played then you would end up pretty drunk! 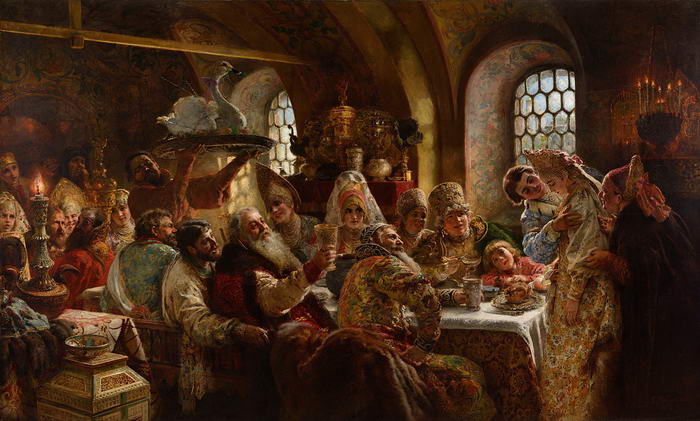 This is an old English drinking game that still goes on to this day. It originated at the famous Oxford University where ‘sconcing’ was first a word for fining students who broke the rules. This was soon adopted by the students themselves though into a drinking game. In it, anyone who broke the social etiquettes of the time could be challenged by someone else at the table shouting ‘Sconce’ at them. The offender would have to down a drink in one go – if they couldn’t, they had to pay for it!
In the modern day, sconcing takes a similar form. Someone at a party would stand up and declare to sconce anyone who has done a certain activity. Anyone who it applies to must down their drink. If it applies to no-one then the person who originally shouted sconce would have to drink a pint of beer from their shoe! 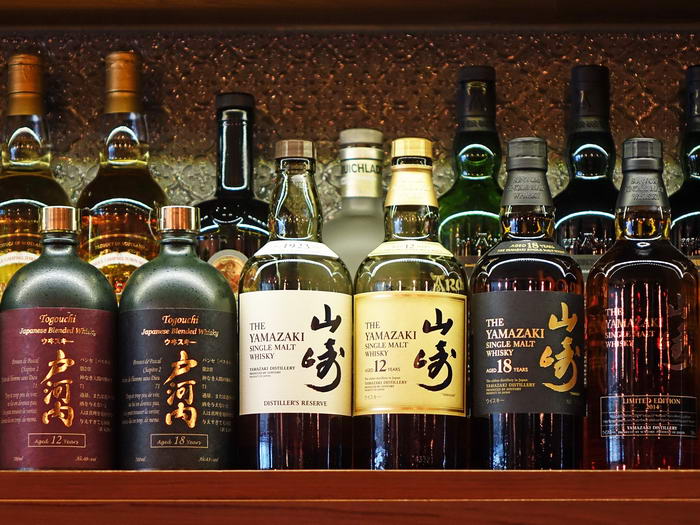 This interesting game was played all across Asia in ancient times but was first found in China. From there, it soon spread to Japan and Korea. The aim of the game was simple – two players would take turns to throw arrows into a pot some distance away. If you got an arrow in, then your opponent had to take one drink. Come the end of the game, the overall loser would have to take another drink too. As you can see, this could soon lead to a lot of drink being consumed!
This was a game that even royalty of the time loved as it was seen as more refined than others. It was also one of the few games that women were allowed to take part in which makes it quite the trailblazer. 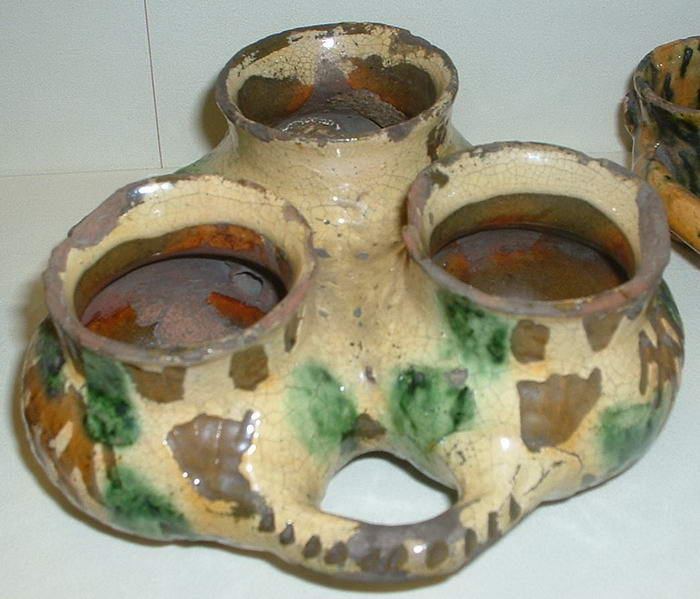 This unique cup was a real puzzle for anyone who tried to drink from it! A popular drinking game in 18th and 19th Century England, players would have to try to drink from it without spilling the drink contained in the cup itself. This was easier said than done however!
The Fuddling Cup was actually two or three cups connected together via secret tubes and connections. If you tried to drink from it like a normal cup, you would spill the liquid everywhere. Players had to take a turn to attempt to drink from it in such a way that this didn’t happen by working out how to manipulate the cup in the correct way. The popularity of the Fuddling Cup led onto the more elaborate Puzzle Jug but this in effect worked the same way. 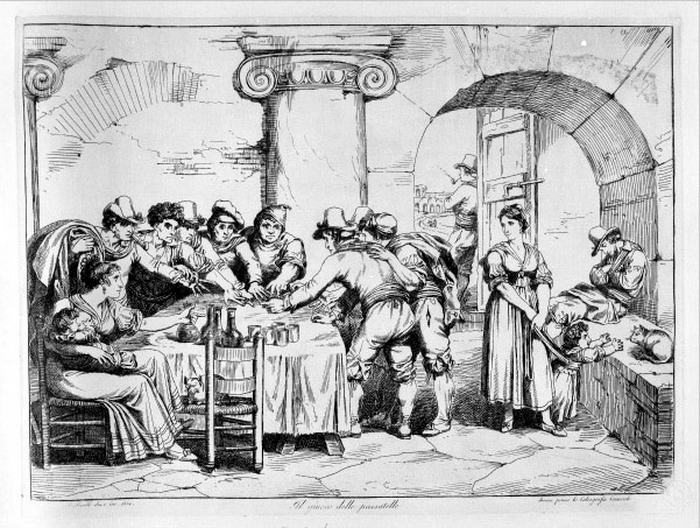 This drinking game is Italian in origin and first came to fame in ancient Rome. Since then it has been played by Italians for a long time although is not as popular now. The main reason is that games of Passatella usually ended in violence between players!
The basic idea of the game was to mimic the natural inequality of life. Players would play a card game first and the winner would become the Boss of Passatella along with the runner-up being his Underboss. Everyone would then chip in for a round of drinks and the Boss would have his first, followed by the Underboss. The next part is where it got interesting! The players would then take it in turns to ask for the drink they had paid for, but this could be refused by the Boss or Underboss. An explanation for any refusal had to be given which usually was very insulting. You can see why this often ended in a fight! 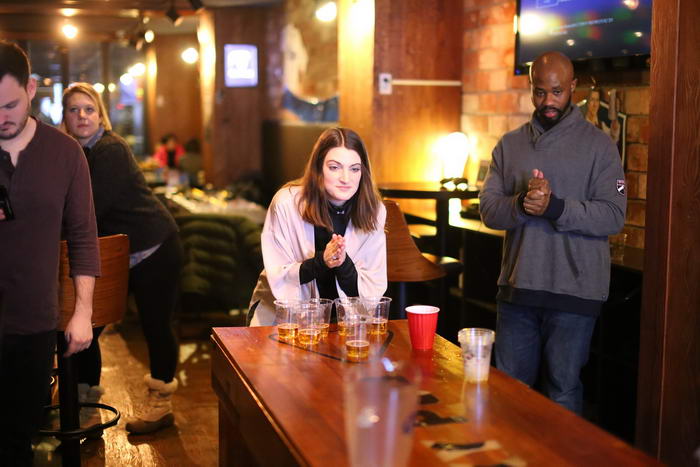 This is a game that both Oxford and Cambridge universities in England claim to had invented. The basic rules are simple – a person sneaks a penny coin into another’s drink when they are not looking. The person whose drink the penny is now in is then obliged to down their drink in one go. What was interesting is that you didn’t have to agree to play the game to have to join in!
It was considered at both universities that simply enrolling on a course there also enrolled you on the game. If you refused, you would be a social outcast for your whole time there! This has been outlawed in the modern age though where forced drinking is taboo.

As you can see, people throughout history have spent lots of time thinking of ways to get more drunk and spice a nights drinking up. Any of the above games would certainly do that and leave you with a very sore head the next day! It is highly advised to seriously think before you take any on – at least make sure you can spend most of the next day in bed recovering. While fun, they could also leave you vowing never to drink again!