There is no doubt that we have gradually transformed the planet we live on over time through extensive building projects. While most of these structures are used for perfectly normal things like housing, selling food or education, some are more mysterious. The most secretive and well protected are sites which take great care to keep most people out. Sites like this only allow select people inside and go to great lengths to guard their perimeter. Many also take great care to keep details of what happens inside away from the public too.
But what are the ten most secretive and heavily guarded places to know about? 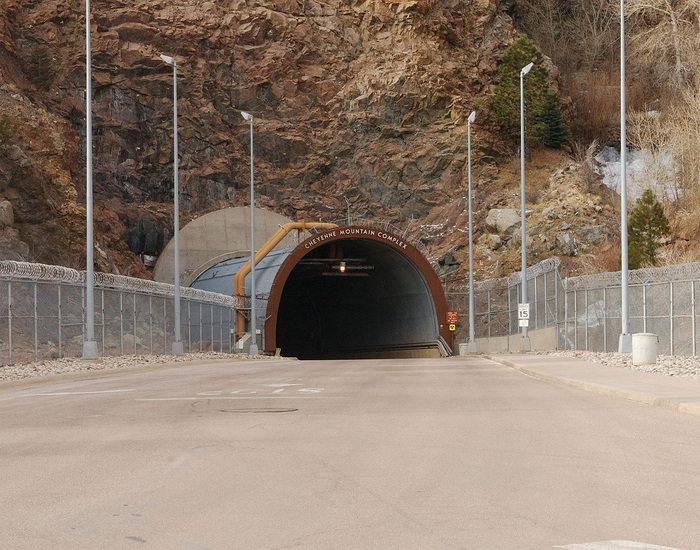 First on our list is the foreboding Cheyenne Mountain Complex in Colorado, USA. This US military site is highly sensitive and certainly not welcoming to visitors! It is heavily guarded by US military staff and you need the highest-level clearance to even get past the front gate. It was first set up in the 1950’s in response to growing Cold War tensions with Russia. The threat of long-range bombing was high at this time, hence why the complex was built into a mountain! Although it is not as well-used now, it is still a site which is mysterious and well protected.

Most people have not heard of Haven Co but it is one of the most inaccessible and interesting places on the planet. Although it does not have armed guards patrolling its perimeter, it is tough to get too and pretty secretive about what actually happens inside. Essentially, Haven Co is an old out to sea rigging platform which sits in its own country of Sealand. The platform itself is thought to house high-tech internet servers which people used in the past to bypass certain rules or regulations in their own country.
A common use for Haven Co servers was said to be people going through them to play at online casino sites which servers in their own country were banned from allowing them to access. In modern times, people think that Haven Co is used to store sensitive digital data and encryption keys. Whatever its true purpose, it is one of the most secretive and hard to reach places around. 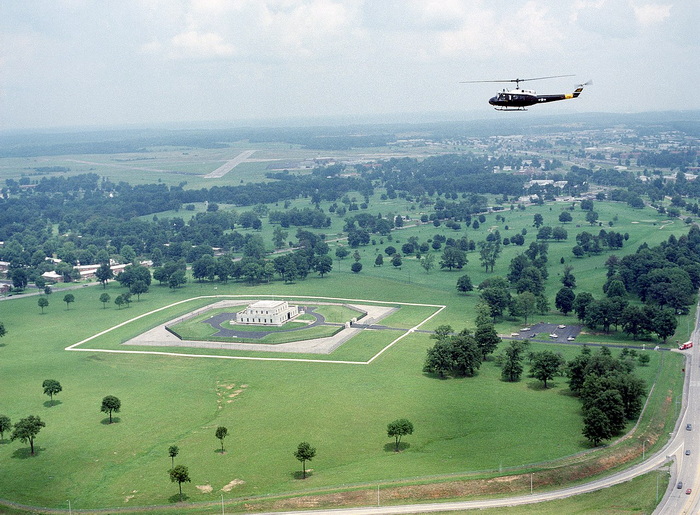 The name of Fort Knox is well-known to many people and a famous site in Kentucky, USA. It makes our list though for being very well protected and guarded. Plus, as most people have never been inside, it does have a real air of mystique! Many people think it is just a well-guarded bank vault, but it is actually a fully-fledged military base too.
It was founded around the time of WWI and operates as a pretty standard base for training up troops. Of course, we all know that it is also famous for being a secure repository for precious metals. This include gold and there is said to be about $10 billion worth of this precious metal inside. When you think of how much gold is inside to be guarded, storing it at a military base makes perfect sense.

Although this is not a place as such, it is still one of the most secret and hard to access locations around. For those who do not know, Air Force One if the official private jet of the US President. It provides ultra-safe and ultra-quick transport for the President to his many international meetings and summits. It is also there to get him away from danger quickly if needed.
As you would expect, Air Force One is locked down under armed guard when not in use. This stops anyone from tampering with it or planting explosives on it. Access to get on-board is highly restricted when in use, so the President can be kept safe from danger at all times. When airborne, the jet cannot only refuel without landing but also defend itself against EMP attacks. All in all, it is one location on the planet which is very hard to get near. 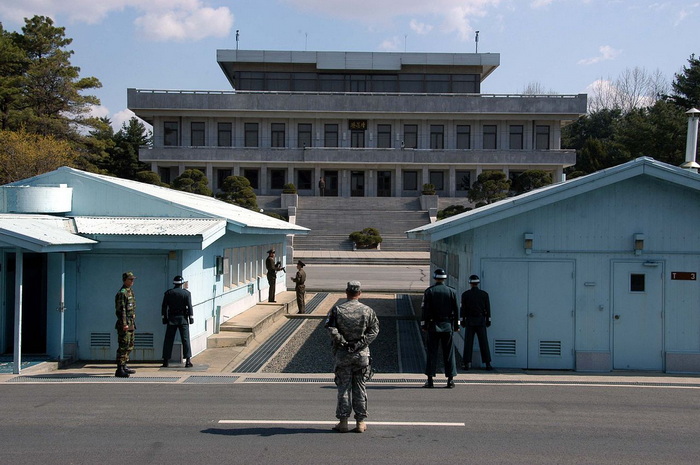 This is also known as the DMZ (which acts as shorthand for Korean Demilitarised Zone). It is a stretch of land which divides Korea into North and South. At 250km long and 4km wide, it is a pretty big tract of land. With both parts of the country at loggerheads still, it is highly sensitive and restricted zone. Guards from both sides patrol its border and anyone wandering into the DMZ is literally taking their life into their own hands. This is because there is no crossing from one part of the country to the other allowed under any circumstances. With so many guards with so much firepower, the DMZ is one place that is inaccessible to most and ultra-secure.

Prisons are always going to be places which remain closed to the general public (apart from official visits) and heavily protected. This makes sense as it stops prisoners breaking out or their friends on the outside breaking in to get them. Some take security to the next level though – ADX Florence in the USA is certainly one of these!
It is a maximum-security prison and this means only the worst type of criminals get sent there. It is said that the 400 inmates live a very harsh life and can be alone for up to 23 hours per day. As you would expect, getting inside the prison gates is not easy and there are plenty of systems or armed guards in place to keep everything running smoothly. With high razor-wire fences and a remote location, ADX Florence is no picnic. 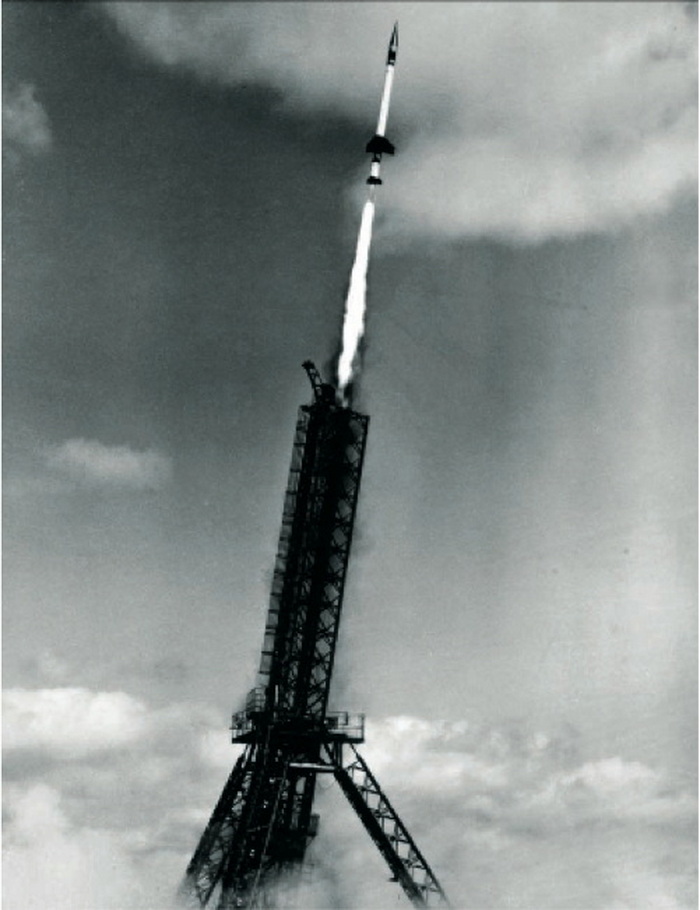 Moving to Australia, there is the secretive Woomera Prohibited Area. This is under the control of the South Australian Army, who regularly patrol the area to keep people out who are not allowed in. This is not all the time however – but just when the Army are testing bombs there and carrying out exercises! As you would expect, during these times the public are kept out and it becomes a locked down zone. The understandable need to keep people out during these times does lead to questions about what goes on though and adds to the areas mystery.

Found in Stockholm, Sweden, this next-level data centre is almost fit for a James Bond film. Although it might sound boring, it is not and is one of the most highly classified places to get into on the planet. As the name suggests, it is a home to servers and data processors. This makes it a very sensitive site which deals with confidential data from those companies who use the servers inside. Operated by the Bahnhof company, this site is housed in an old Nuclear bunker for extra protection. It comes with a futuristic design and layers of top-level security to get past the front door. 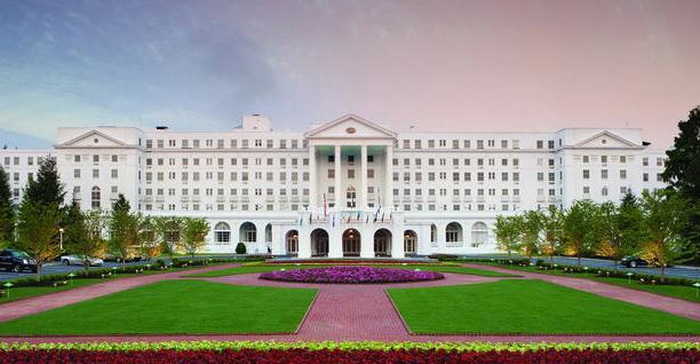 The Greenbrier is one of the most confidential and secretive sites on our planet. It is actually a luxury spa facility but one that caters to only the elite in society. This means it is kept ultra-secure, with security personnel on constant patrol to keep guests safe. When you also add in the bodyguards guests bring with them too, you can just how well protected people here are. It is found in West Virginia and covers a vast expanse of 11,000 acres of land. The main spa building is truly impressive and has been standing since 1778. For even more security, there is an underground bunker on site which was set up to keep the high-level guests safe in the event of nuclear war.

Although this area has long been known as a highly classified site, it is still ahead of any newcomers in our list. You just do not get much more secretive, protected and off-limits than Area 51 still! The total exclusion to the public combined with internet gossip means the area generates many theories as to what goes on inside. Of course, many people think that secret military tech or alien craft are kept here. Until the area is opened up to the public, these rumours will persist. It is also very well guarded by armed military personnel and the latest high-tech security solutions. Even if you did get inside the fence, you will be picked up before long and be in for some tough questioning.

The planet we live on is full of fascinating places, intriguing locations and well-guarded man-made structures. The ones we have listed above though really take this to the next level. They not only boast some of the highest protection around to keep them secure but also remain shrouded in mystery for the most part.