Two things that are extremely popular right now are comic book inspired super Hero movies and online casinos. Often, when you put the two together, great online casino games are born, usually in the form of a slots classic. In Addition with free slots, video slots, mobile slots, penny slots and many more different types it seems that everyone has gone slot crazy! With it being available on multiple devices and thousands of reliable guides getting started is no problem for the newbie.
But definitely do the research before getting started, to give you a little inspiration about the slot market have a look at these top ten comic themed slots. 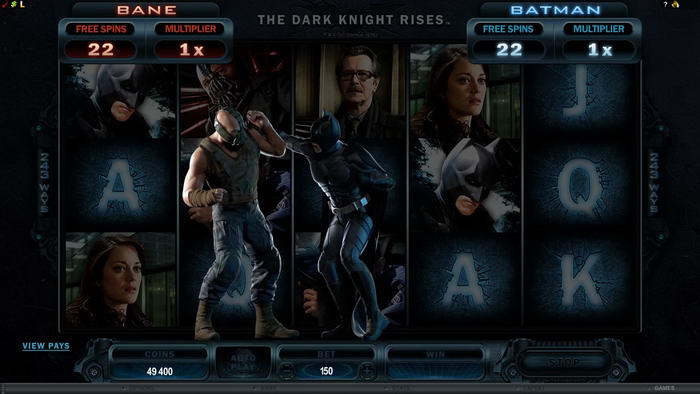 Not only the film responsible for giving the genre a much needed boost, but also the one that put comic book slots back on the map. This one comes directly from the Microgamming stable of online casino products and it’s an instant winner. The game, which can be played for real cash, has perfectly captured the feel and appearance of Batman plus all the other characters from the movie such as Bane and Commissioner Gordon. In terms of features, the slot boasts a 5 reel video slot with 2 jackpots and numerus bonus features all of which have been painstakingly replicated from the movie.

This Hulk slot is incredible. A progressive slot, the Hulk has become one of a range of Marvel Slots that make up some of the most popular slots at any online casino. It has 50 pay lines and a classic 5 reel slot thanks to software manufacturers Playtech. The game also offers a super Smash Bonus, where you can become the Hulk and smash up helicopters and police cars, each of which has a hidden cash value, while the helicopters serve as multipliers.

Another one from Playtech, this slot is relatively new on the market. With great game imagery and animations, real movie footage and sounds it’s easy to see why it has climbed its way up the Marvel ladder of online casino popularity. The feature screen plays as a match game and it’s here where you are able to win multipliers that you’ll find very useful later in the game. This is an awesome little online slot that boasts an authentic comic book style as well as 3 reels.

07 – Spiderman: Attack of the Green Goblin 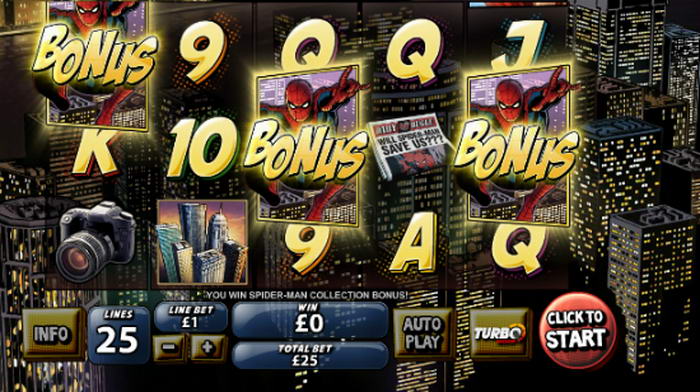 Attack of the Green Goblin

Next up, for lovers of Spiderman, we have this excellent Playtech casino game that looks like a brilliant retro replication of the super cool 1980s Spiderman cartoons. Giving gamers the option to choose from five different possibilities all based on the comic books that include Radioactive freebies, Hot Zone Freebies, Rivaling freebies, The Ultimate Fight and City Chase, there is some fun to be had for everybody. The game features 25 pay lines, 5 pay lines, random wilds, random bonuses, up to an extra five bonus games. Lastly, comment has to be made on the games design which, from the graphics to the effects, is top notch indeed.

Themed on the original X-men movies, this online slot contains a progressive jackpot Heroes Mode and wide range of X-Men style powers. These powers are bestowed on the heroes and villains that appear as symbols. Then, to change things up a little, makers Playtech have thrown in a Scratch game, which is an instant win hybrid of a card matching game and a lottery scratch card, giving you extra chances to win big online.

Another that you’ll find in Playtech powered casinos is Captain America which features imagery from both the comic book and the movie. The game itself comes with 20 pay lines, costing as little as 20p a go. Also thrown in is a Super Energy Free Games feature where the winner can get expanding wilds, +1 multipliers, free spins, re-triggers, a Villain and Heroes Super Spin and a jackpot that is up to $63k! 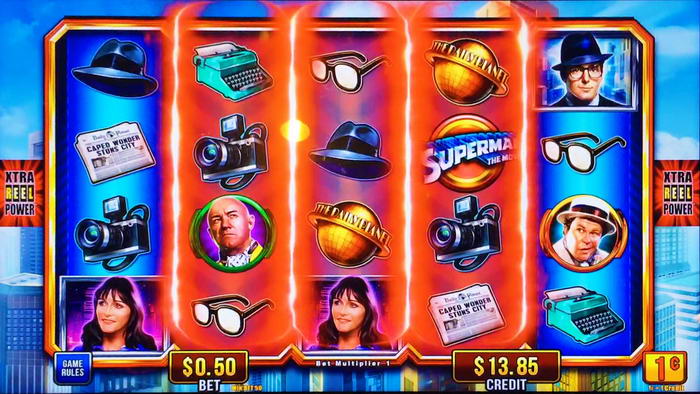 From Marvel to DC Comics now and The Man of Steel himself, Superman. Based on the Christopher Reeves and Gene Hackman era movies, this is a slightly older 3 reeler, powered by NextGen Gaming, which has maintained an excellent appeal for fans of comic book themed slots. The game boasts 5 reels and a whopping 50 pay lines. Besides the regular wilds and scatters, Superman offers two awesome bonuses which will make the game pretty super itself.

What Ben Afleck is currently doing to Batman, he first did to Daredevil way back in 2003, something the super hero took over a decade to shake off. Shake it off it did though as, in 2015, it was given a show for TV which has been something of a success. Fortunately, the super hero was faring much better in the world of online casinos where he has given to his name to a fine slots game. The game features a number of interesting bonus features, like the bull’s-eye. Villain symbols act as multipliers giving you 3x your bet. Line up three the Daredevil logos on an active pay line and you’ll win you ten free spins with randomly added wilds.

Another Marvel masterpiece brought to life by the genius help of Playtech’s developers, Blade is an online slots game where the main character fights vampires and was made into a movie back in 1988, back when Wesley Snipes was still a thing. It is a 5 reel, 20 line slot video game which offers a wild symbol, an split symbol and a scatter symbol which gives players the chance to win 15 free go’s. Plus, there’s a Marvel Mystery Jackpot that launches randomly and lets you play for one of the four jackpots available. 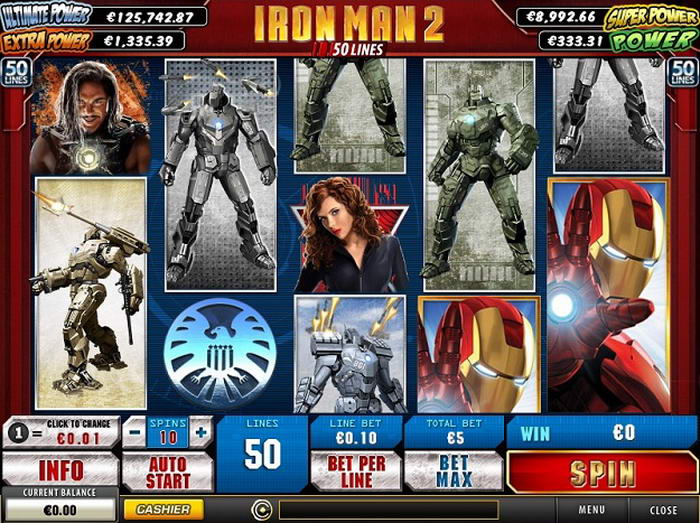 This is another superb Marvel Jackpot super hero slots game which has proven to be a popular choice for visitors to an online casino host. This is a Playtech favourite for fans of Tony Stark’s super rich hero and, while you won’t quite win real money as big as Stark’s bankroll, the game does give players ample chances to win big. This five reel video slot comes with feature graphics and imagery from the blockbuster film as well as 25 pay lines, and an excellent range of bonuses and features.