We all know that our ancestors from ancient history loved their extreme sports and frankly insane games. If you look around the modern societies in the world though, it would seem this hasn’t changed much at all. We still love to test ourselves and see if we can push as close to the limits of human endurance as possible without actually dying.
Here are the ten most dangerous modern sports around right now: 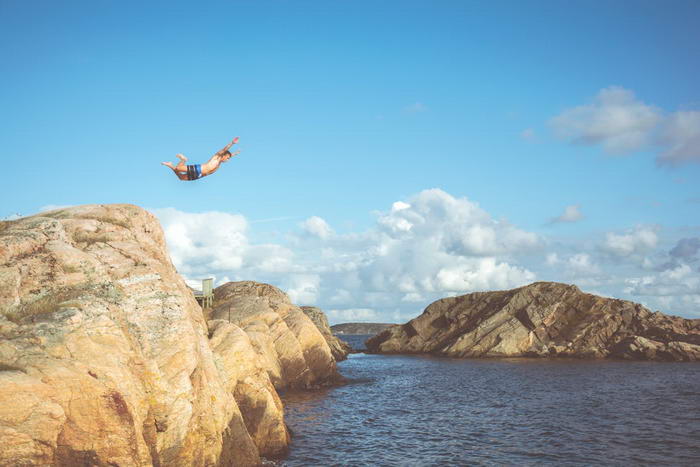 This is not the sport for you if you don’t like heights! Cliff Diving involves, well climbing up to the top of a big cliff and diving off it into the sea below. The very simplicity is its key as well as the sheer danger the divers are facing with every leap. According to statistics, around two-thirds of sporting related spinal cord injuries in the USA are sustained as a result of a diving incident. Injuries can occur, usually from hitting the cliff or rocks on the way down or not entering into the water properly. You don’t want to belly flop in from that height trust me! 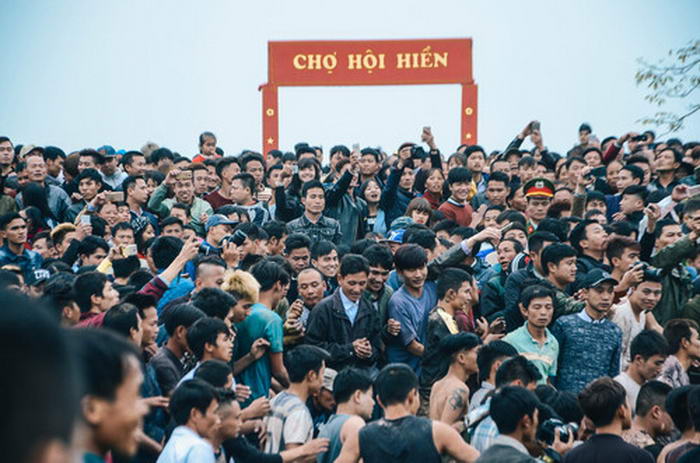 I’m not actually sure if this counts as a sport at all really but I had to include as its so unsafe. Played in the village of Hien Quan in Vietnam, the whole village come together in what is a mix of hockey and cricket with the violence turned up lots. Villagers wildly swing long wooden bats around in a vague attempt to hit the small red ball although it seems many use the game to settle old scores. 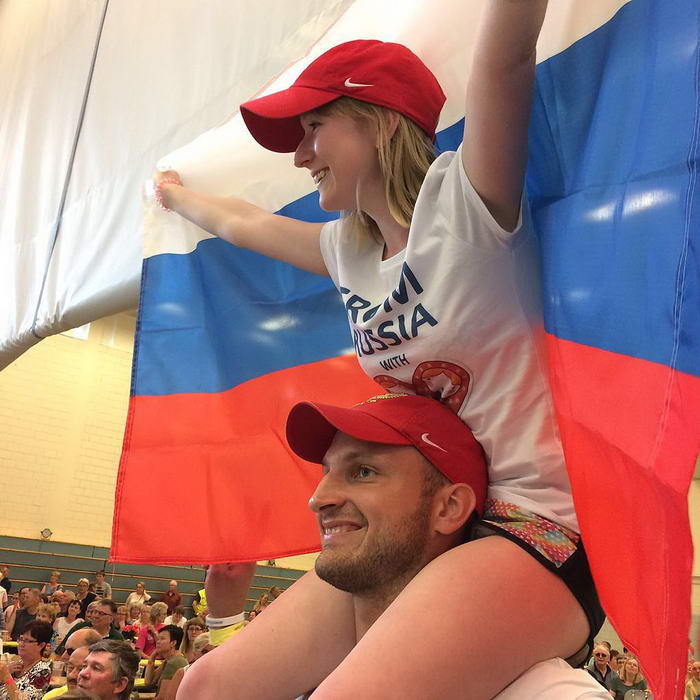 Whoever thought slinging your wife over your shoulder and then completing an assault course with her there certainly has a vivid imagination. And no sense of reality unfortunately! Occurring in Finland, the hapless women are carried by their men until the end of the course or until they are dropped, whichever happens first. 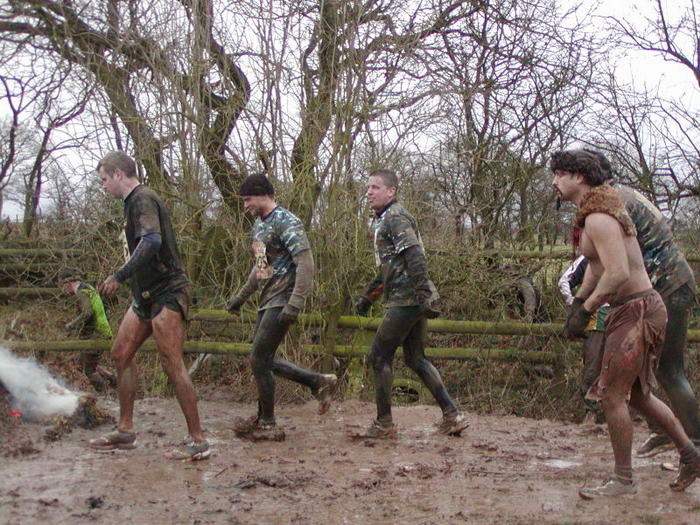 Taking place in Wolverhampton, England this involves hot coals and scant clothing amongst other things to make it really dangerous. Contestants compete in 21 events to take the title of Tough Guy but it’s the walking over burning coals while wearing a mankini that raises the biggest eyebrow. You just hope no burning embers jump up anywhere they shouldn’t! 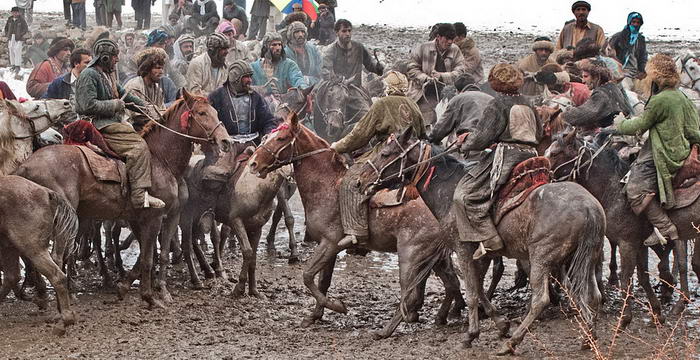 Just imagine that Polo wasn’t the refined sport of kings we all know – let’s say for example you played it in Afghanistan and used a freshly killed goat instead of a ball. Well, what we have just described is the sport of Buzkashi. Extremely dangerous, players career round on horseback with no safety features, desperately trying to achieve something with the dead goat although it’s not overly clear what. 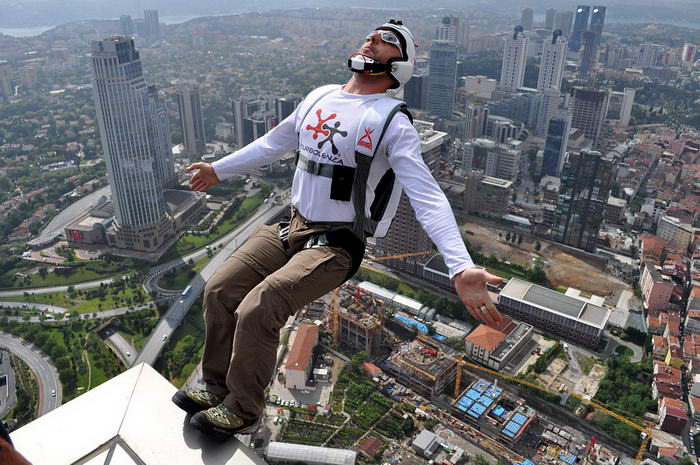 Base Jumping – By Kontizas Dimitrios (Own work) [CC BY-SA 3.0], via Wikimedia Commons

This is a sport so dangerous that many countries in the world have made it illegal due to the sheer insanity of it. In essence, it’s like parachuting but from a much lower height and from tall buildings. The danger inherent in doing that is not getting the landing right and splatting onto the ground below or the wind blowing you off course. Not one that should be tried! 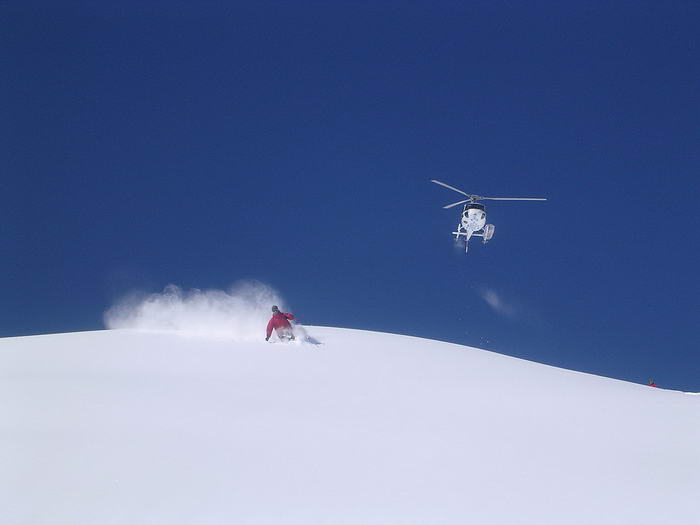 Heli Skiing – By No machine-readable author provided. Darryns assumed (based on copyright claims). [CC BY-SA 3.0 or GFDL], via Wikimedia Commons

As the name would suggest, this sport uses helicopters and then combines it with traditional skiing. Daredevils bored of the usual tourist slopes fly up to higher and untamed slopes by helicopter and then jump out with their skis on to immediately begin their descent. Trouble is, if the avalanches or weather changes don’t get you, the helicopter crashing on the way up might. 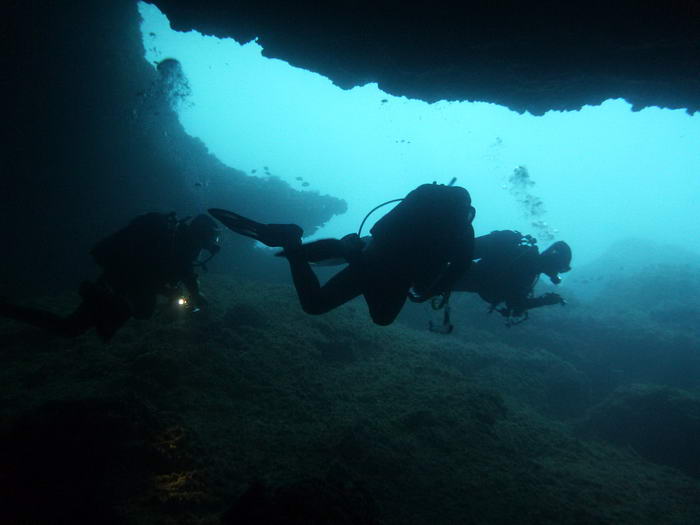 Another sport you have to be careful with is cave diving. It involves diving down into partially water filled caves with specialised scuba equipment and then swimming around to see what’s there. Usually done in places no-one has been for a long time, this offers a real buzz for the cave divers who do it. It is very dangerous though – loss of light and poor visibility can lead to separation of divers and getting totally lost with no map to get back out. 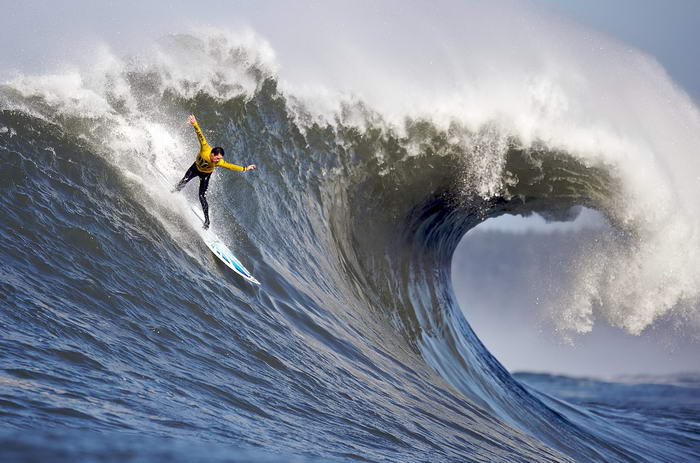 This particular branch of the sport is like surfing but with even more thrills and spills added on. Big wave surfers are usually professionals looking for the next adventure who are towed out into waves of 20 feet or more. There is even a $100,00 prize for anyone who catches and rides a 100-foot wave. You can’t hide that fact that is a dangerous pastime though – many have drowned when pulled under by the current, been injured by their board whacking them or hit their heads on underwater rocks. 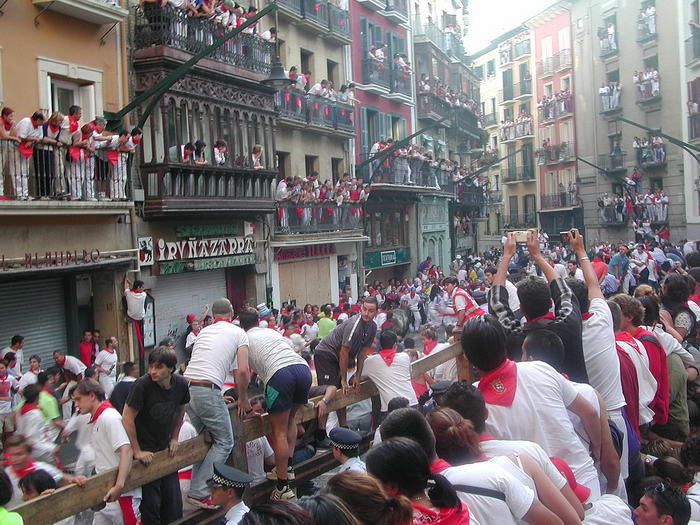 As downright dangerous and crazy sports go, this is up there at the top of the tree! The basic idea can trace its origins back to events in ancient Greece such as bull jumping and is still as mental. A very simple concept, a very fast and angry bull is set loose on the streets of Pamplona in Spain and the contestants in the race have to run as fast as they can to avoid it. Injuries are common as you would expect when an angry bull puts his horns in places they shouldn’t go!

As you can see, people from ancient history don’t have the monopoly on coming up with interesting ways to spend their spare time. Modern extreme sports can offer just as much excitement and craziness as well as taking away the breath of onlookers. One thing is for sure – you need to think carefully about the dangers before deciding to take any up.