We all love to sit on our comfortable sofa’s and watch a film that makes us jump. What most of us don’t want however, is to be terrified in real-life! Fictional shocks on a TV screen are one thing but personal frights we can actually feel are quite another. For the more easily scared among us, it is perhaps disconcerting to know that there are actually many places on the planet that are just plain creepy to visit.
Here are ten of the most creepy to avoid!: 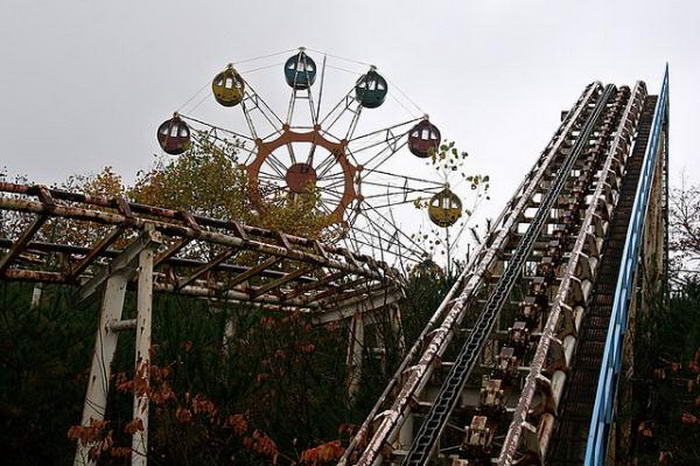 First on our list, we have this amusement park in Japan. Normally these parks are full of laughter and fun as families enjoy a day out. This one is quite different though! Originally shut in the 1970’s, the rumours at the time were that several people died while on the rides. It opened up again in 1986, only to shut a short while later for unknown reasons. To make it even creepier, it is now totally deserted and engulfed in thick mist most of the time with the surrounding forest slowly creeping in. What’s even weirder is that it has never officially existed on any maps or legal papers! 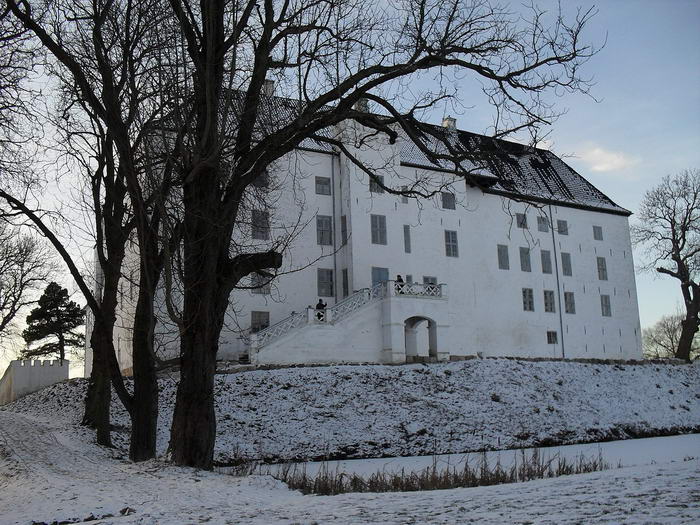 If you want a bigger fright, then spend the night in this creepy castle in Denmark. It is thought to be haunted by the spirits of around 100 ghosts! Chief among them is James Hepburn, who was imprisoned there for five years before his death. People say you can see his spirit riding through the courtyard on his horse most nights, if you dare to look! Another famous ‘resident’ is the White Lady who is seen walking the grounds in the evenings. It is said she was killed by her own father who buried her body in the castle walls. 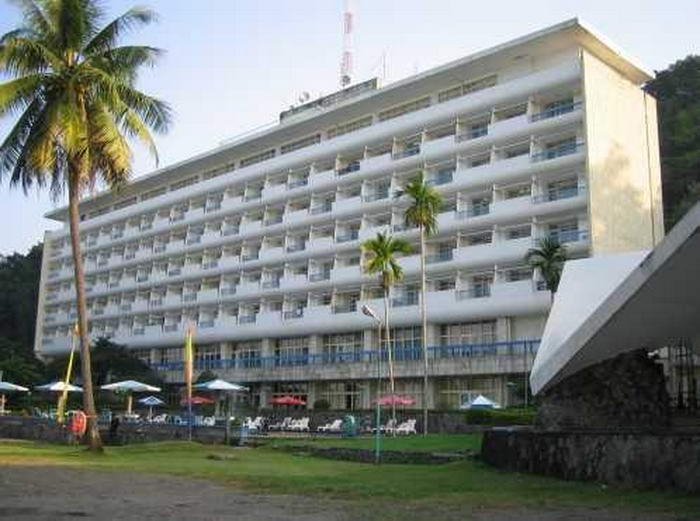 This creepy place is actually room 308 in the hotel itself. The story here centres around the so called ‘Princess of the South Sea’. This real-life princess reportedly killed herself by jumping off cliffs in the sea around the island. Coming back to roam the human world in spirit form, it is thought that she can be seen in room 308 which has been kept specially for her. The room is never booked for guests and decked out in her favourite colour, green. 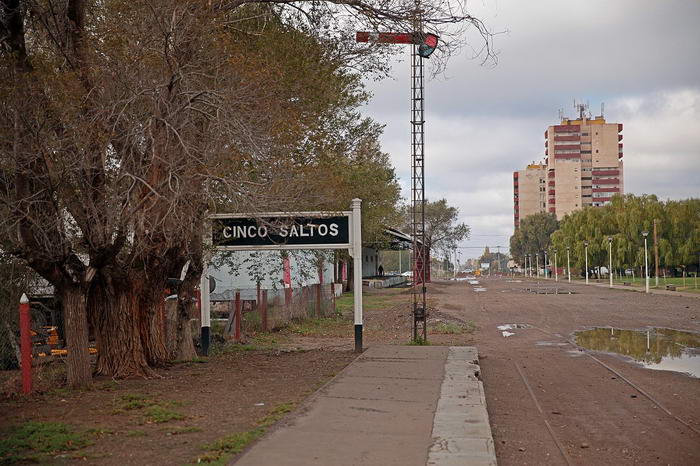 A small town in Rio Negro, Argentina this is a very creepy place nonetheless! The main activity occurs around the Pellegrini Lake where a young girl was said to have been drowned. Visitors now report hearing the cries of a young girl but can never find any trace of where it is coming from. The lake is also said to be a place where witchcraft is performed and tales of strange gatherings with people clad in black robes undertaking dark rituals. 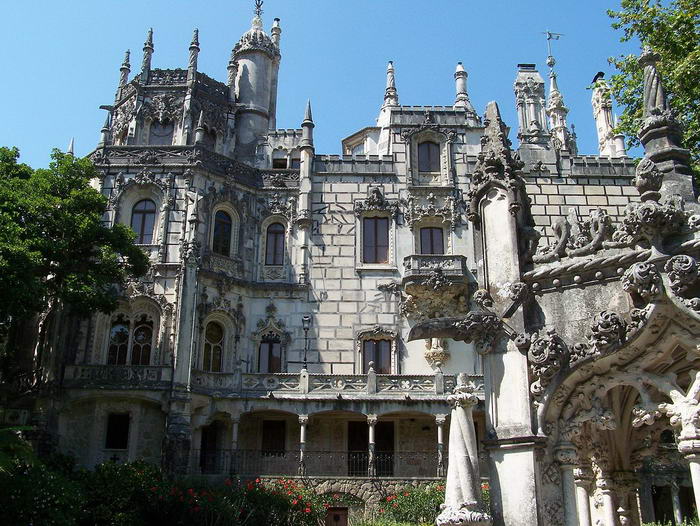 Found in Portugal, this is actually quite a sad story. Quinta da Juncosa is actually the old farmhouse of the Baron of Lages, who is said to now haunt it. Believing his wife was cheating on him, he tied her to a horse to keep her at home. Unfortunately, the horse ran off and dragged her to her death as it went. Consumer by guilt, he killed his children and then himself! Modern visitors have reported seeing not only the Baron’s ghost restlessly wandering the paths but also the dead wife. The upshot was that she hadn’t even been cheating on him at all! 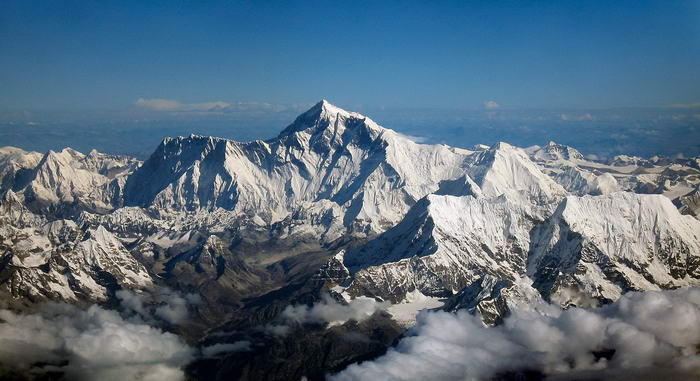 One of the most famous mountains in the world, Everest sits on the border of both China and Nepal. Many will know it from daring tales of those who attempt to conquer it but less will know its creepy side. Numerous people have tried to climb it over the years but not all make it back. Lots of the dead bodies remain where they died to this day which makes it very eerie when you are up there. Not many people are ready to come across a real dead body as they climb! From a famous Indian body known only as Green Boots to others, this is one chilling place when the night falls.

If we are compiling a list of creepy places, an asylum has to make it in! These macabre places were where the mad or dangerous in society used to be put. Often, they would be mistreated or died gruesome deaths, leading to them being haunted. This asylum was particularly noted for the cruelty it showed to patients. It shut in 1994 and, until it was knocked down, was a perfect hunting ground for ghost chasers with its strange noises and spine-tingling screams. 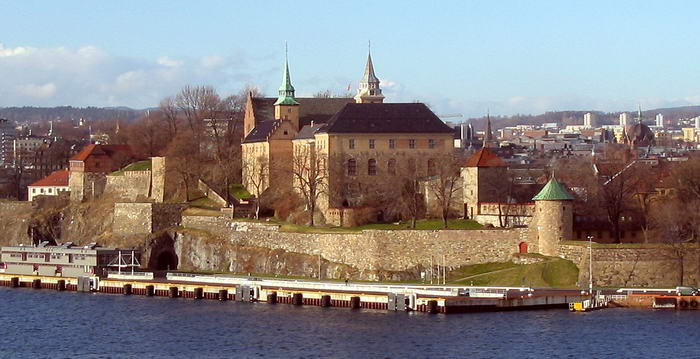 Akershus Fortress – By Photo © 2005 by Tomasz Sienicki [user: tsca, mail: tomasz.sienicki at gmail.com] (Own work) [CC BY 2.5], via Wikimedia Commons

Built in 1300, this Norwegian castle was huge. Once used as a Royal home, it had many rooms and banqueting halls. Later in its life, it was also used as a prison! Many think that this is the most haunted place in all of Norway. Much of this is down to the famous ‘Demon Dog’ seen at the entrance. It is thought that a real-life dog was buried alive at some point in the Fortresses history with a view to it coming back as a fierce ghost dog to protect the area. Also notable is a woman’s ghost with no face called Mantelgeisten, who has been seen numerous times. 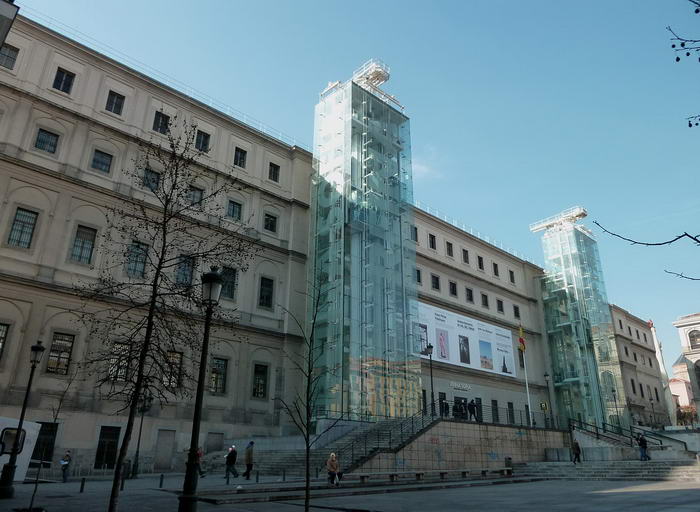 Located in the Spanish capital Madrid is this nerve-shredding museum. It was, however, a 17th century hospital at one time where nuns cared for patients. Modern museum goers have reported seeing the ghostly figures of nuns walking the halls. There are also tales of the lifts operating themselves and voices being heard when no people are present. All this adds up to making it one super creepy place to spend time in! 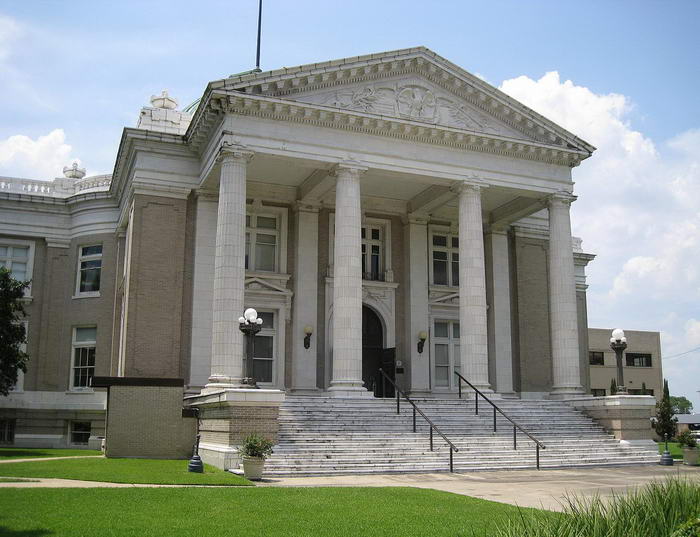 This makes number one on our list for the sheer amount of ghostly occurrences and the chilling background story. In 1942, Toni Jo Henry became the only woman to die via the electric chair in the state of Louisiana. She had broken her partner out of jail and helped him rob, torture and kill a man before being caught. Modern workers in the courthouse have reported many unnerving sensations such as the smell of burning hair with cheap perfume, ghastly screams, power surges and a sense of being watched. Many are convinced that it is the ghost of Toni Jo Henry.
If you are of a nervous disposition, then it is probably best to avoid a holiday to any of the above. For the truly adventurous, you may find some excitement there although it is wise to be cautious. While a little terror may be ok, you do not want to caught up messing with things that you do not know about.