Philippe Ramette was born in 1961. He lives and works in Paris. Since the early 1990s, Ramette has been creating objects that are designed for a specific use that is spelled out in their title, for example, object for isolating yourself, for moving mountains, for levitating, for seeing yourself looking, for traveling in time, for getting yourself struck by lightning, for handling the void, for measuring how far you’ve come… Be it armchairs, artificial limbs or gallows, these instruments from another age attract more than our simple contemplation. “Generally,” says Ramette, “it’s not the object that’s important, it’s the idea of a possible future use and especially what that use is going to entail in terms of transformations.” Whether it’s his Boîte à isolement.
Check out 10 Most Confusing Examples Of Surreal Photography Philippe Ramette. 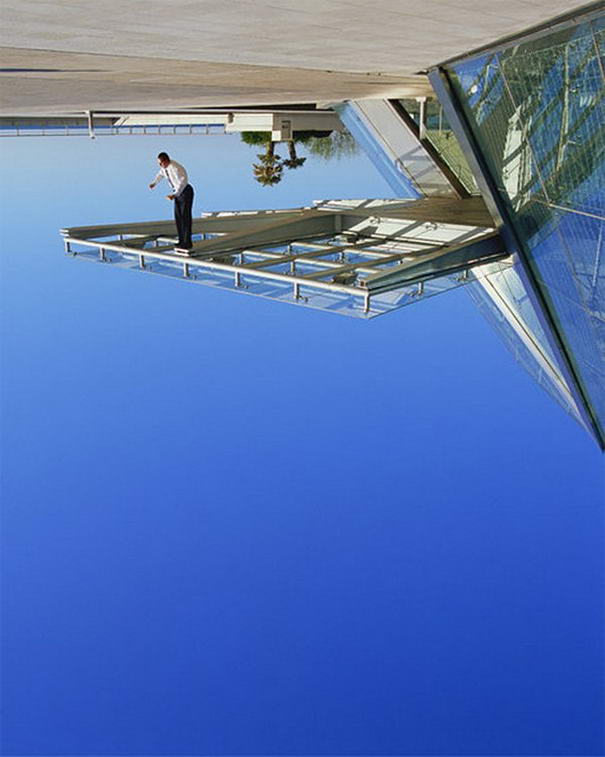 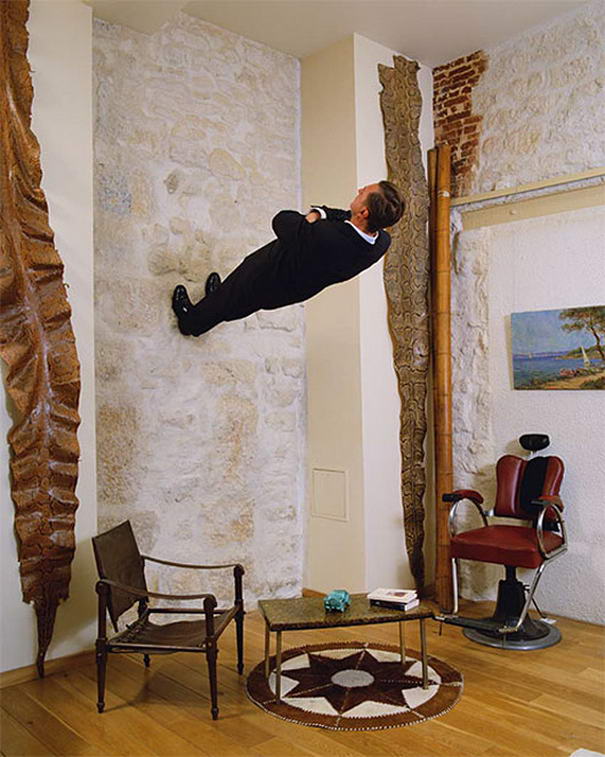 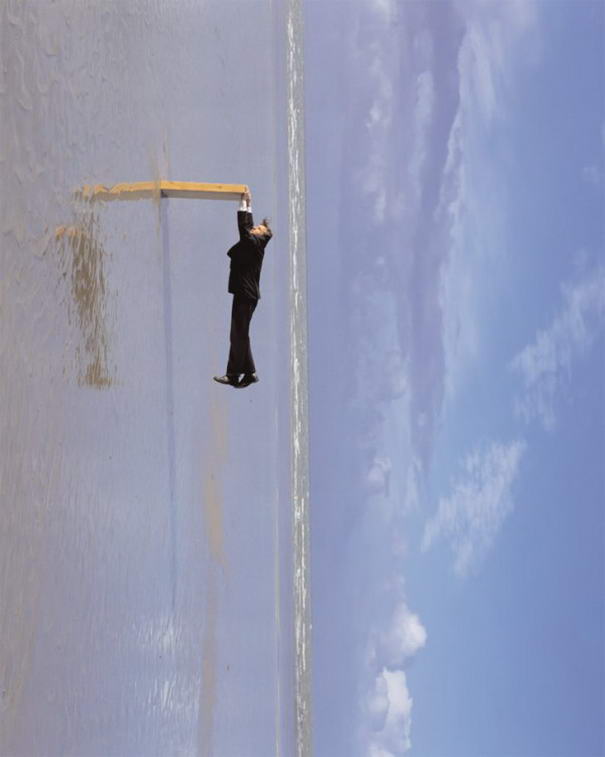 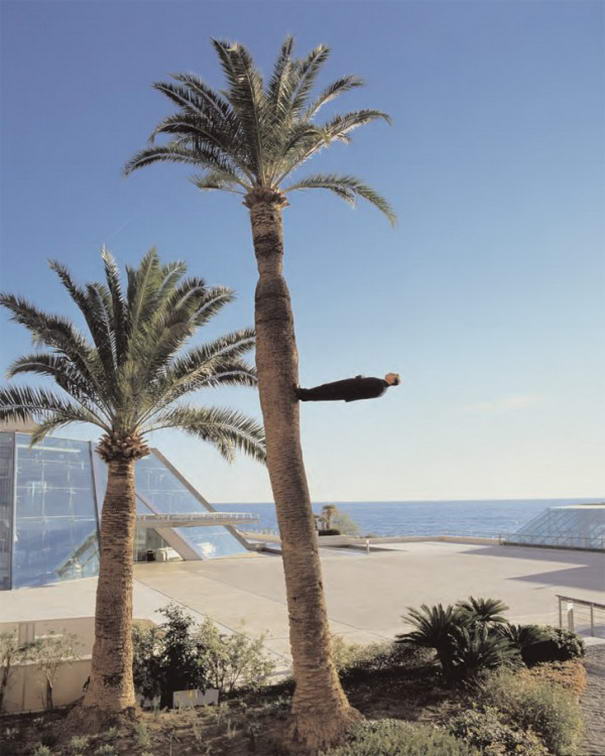 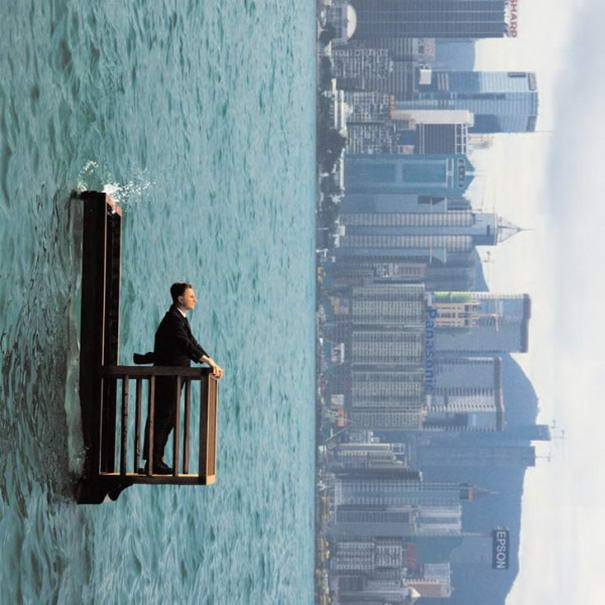 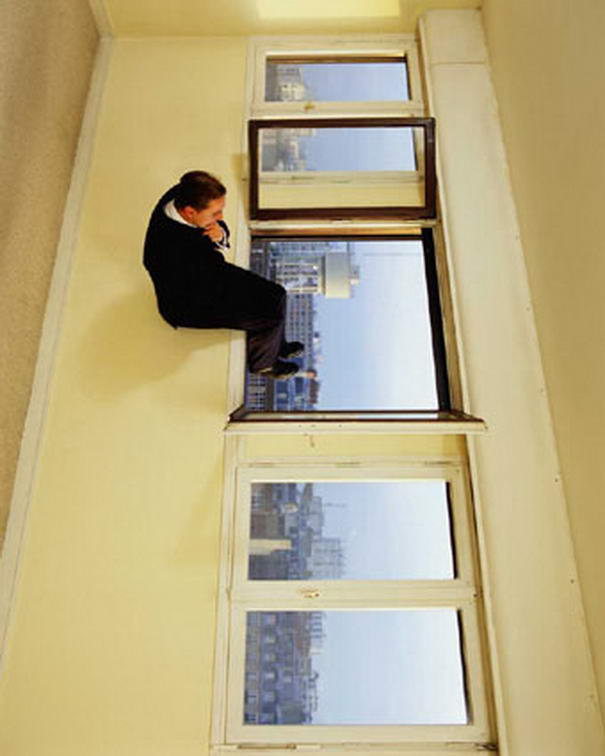 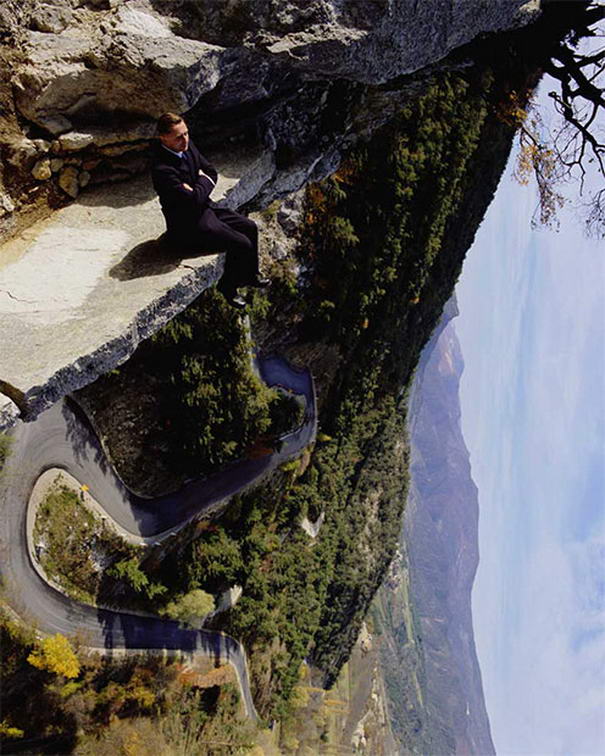 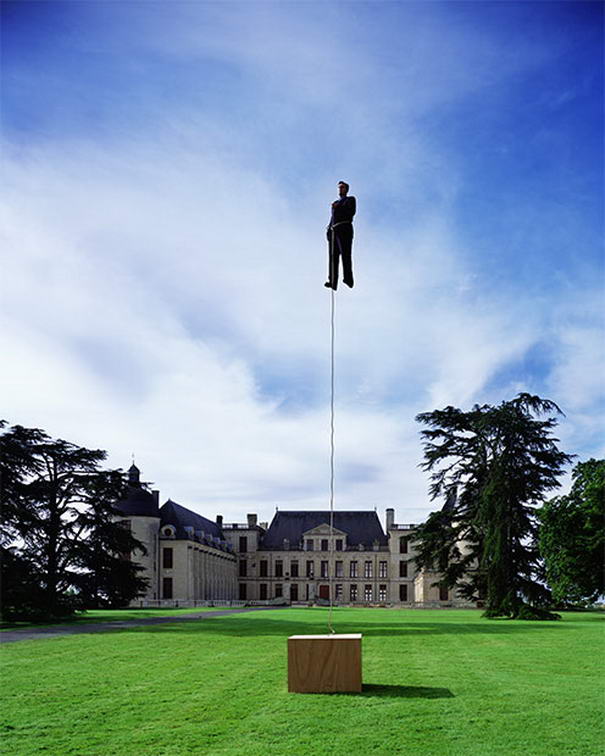