There are literally thousands of amazing places and stunning landmarks to visit on the planet. Amongst the many to choose from though, some stand out as being utterly captivating and beguiling. These precious landmarks are really places everyone should try to see in person during their lifetime to experience the full effect. They will give you memories that will last forever and be simply amazing to reflect back on.
Here are ten of the most wonderful places and landmarks in the world to visit: 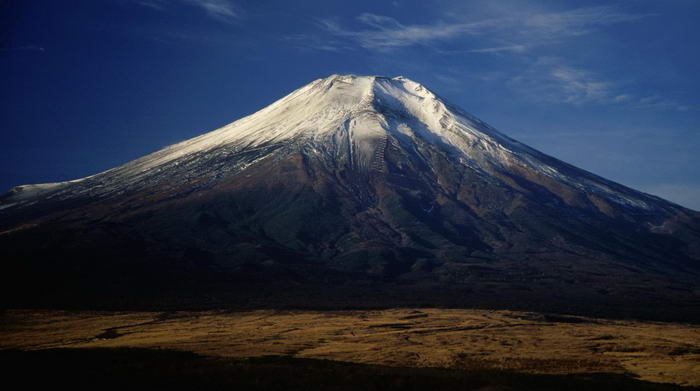 Mount Fuji – By Alpsdake (Own work) [CC0], via Wikimedia Commons

One of the most well-known landmarks you can travel too is Mount Fuji in Japan. This awe inspiring natural feature is the jewel in the crown as far as Japan’s sight-seeing treats go. Although it can be quite a trek to get to Japan depending on where you are based, it is worth it to check out this mountain.
It is also the highest peak in the country and also an active volcano. What really makes it a special place to visit though is the cultural significance it has to give with the fantastic views from the top. As a place, it has inspired artists and poets from all over the world who still travel there to experience its tranquillity and serene beauty. 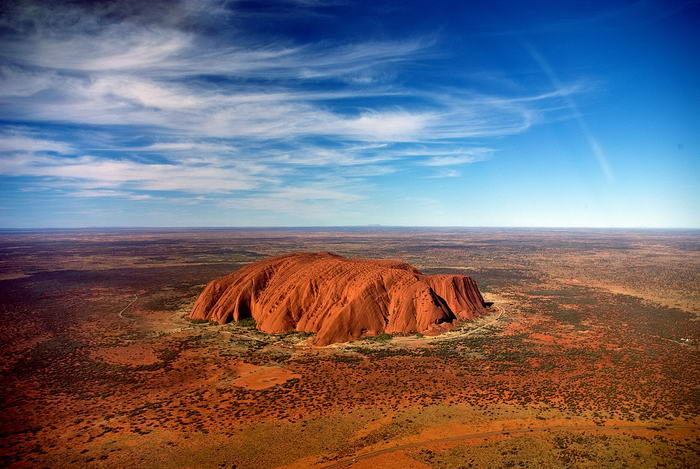 Not too far away from Japan is the exotic country of Australia. Famous for its friendly people, varied wildlife and laid-back lifestyle, it also has one of the world’s most famous landmarks. Uluru is found in the North of the country and has been seen in many films and TV shows. This region is quite barren and the way this rises out of the ground with nothing around it makes it even more stunning.
Made from sandstone, this huge rock is a sacred site for Native Australians who believe that the spirits of their dead live there. It is still possible to climb up the rock to get the view of the outback from the top but this may be banned in future. So, if you are planning to pay this wonderful landmark a visit, it may be worth getting on with! 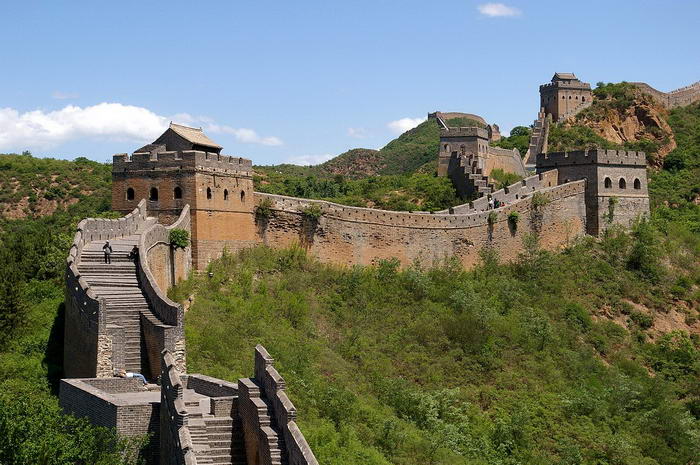 The Great Wall of China – By Jakub Hałun (Own work) [GFDL or CC BY-SA 3.0], via Wikimedia Commons

This is one landmark everyone will have heard of – indeed, it is famously said to be one of the only man-made structures available to see from space! It is actually a structure that has been continually built and re-built over the years until its present state. Originally, it was erected to protect China from northern invaders especially the feared Mongols.
As a site to visit, it really is something! A walk along the wall gives splendid views and a real sense of history along with the long tradition it incorporates. First started in the 7th century B.C., this is one landmark that all history lovers need to visit. Even if history is not your thing, the sheer scale and craftsmanship of the Great Wall will blow you away. 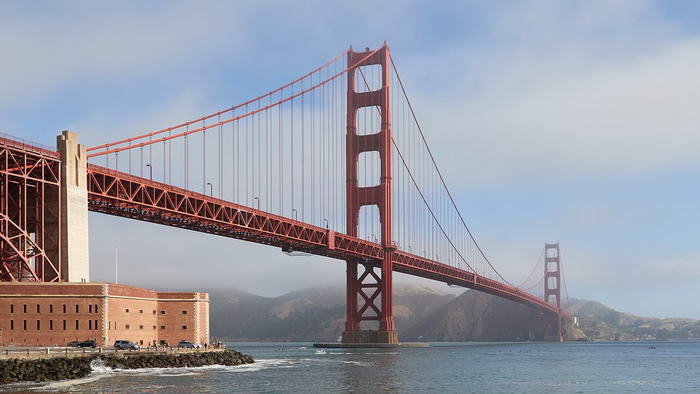 If there is one landmark on our list that is instantly recognizable and eye-catching it is America’s Golden Gate Bridge. The awesome spectacle it offers and the lustre of the paintwork have attracted travellers for years to marvel at this man-made construction. Located in the bohemian city of San Francisco, you can also check out the hippy vibe of the city when looking at the bridge.
A truly staggering symbol of West Coast USA, the Golden Gate Bridge will give you chance to have a superb walk along it while taking in the sea underneath. It is not advised to go on a windy day however when the weather can affect how safe the bridge is to walk on. The best time is early in the morning on a calm, sunny day when you will be able to experience the bridge at its very best. 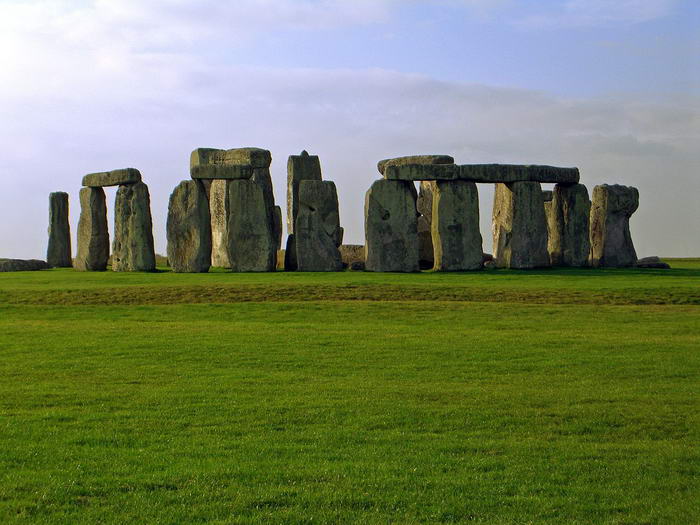 Stonehenge – By Nedarb at English Wikipedia (Transferred from en.wikipedia to Commons.) [Public domain], via Wikimedia Commons

If there is one famous site in the world that is also the most mysterious it must be Stonehenge in England. A monument from the Neolithic and Bronze Age, it is still debated to this day as to how it was built and what it was used for. Although generally thought to be a religious site, it has not yet fully revealed all its secrets as to what went on there in its heyday.
Regardless of this, it is still a landmark worth visiting for the magical effect you can feel there and the magnificent scale of the standing stones. Just spending time walking around is enough to make you feel more relaxed and appreciate why this is such a well-regarded landmark. Open all year round, this site is definitely one that is worth a look. 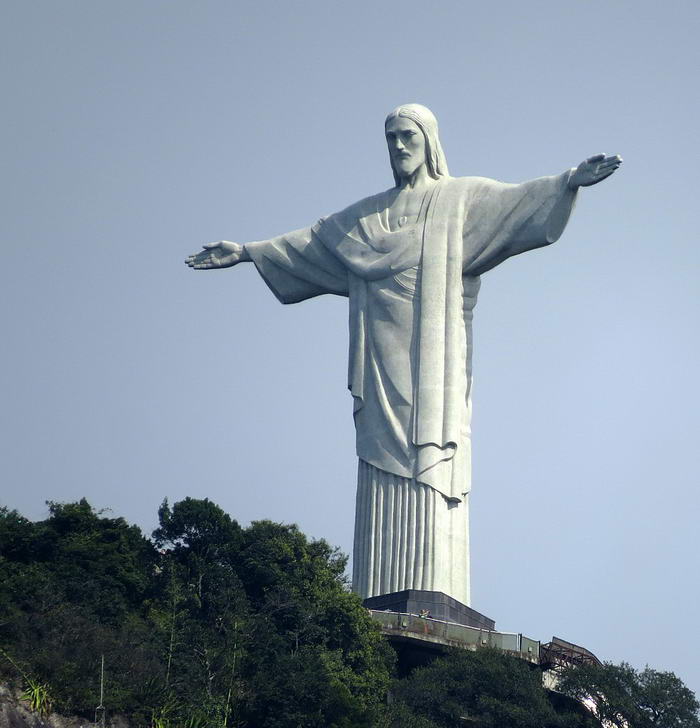 Christ the Redeemer – By KátiaLira (Own work) [CC BY-SA 3.0], via Wikimedia Commons

Standing high above the lively city of Rio de Janeiro in Brazil, this colossal statue is simply superb. The statue depicts the figure of Christ with his hands out to his sides, almost looking after or addressing the world below. It is a landmark that will take your breath away and be one you will remember for the rest of your life.
Situated close to Sugarloaf Mountain, the views that you get from the summit are almost as good as the statue itself. With the extra attraction of being able to visit Rio afterwards for cocktails too, this is one famous site that should be top of your list to see. Just be sure to go up when the weather is fine as you will get the best views and experience then. 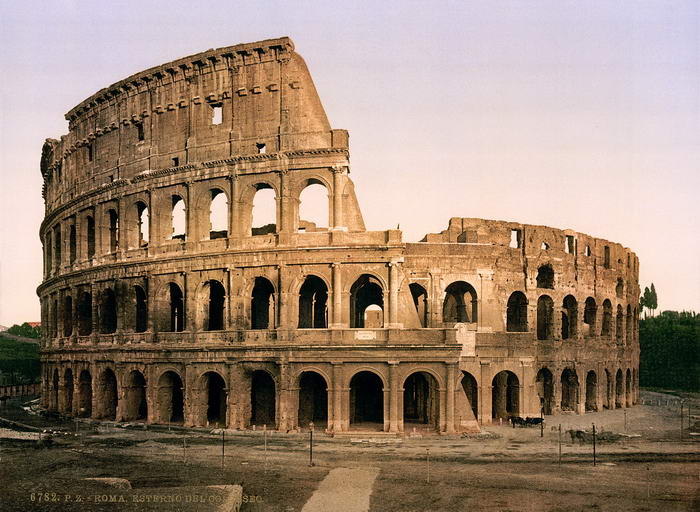 What can you say about this wonderful landmark and the city it stands in that hasn’t been already?! Rome itself is a city of pure romance and indulgence that will enchant you forever once you have visited. Chief among that is the chance to go and see the world-famous Colosseum. A real link back to the days of the Roman Empire, it attracts as many visitors today as it did when Caesar was around!
Simply stunning in its size and scale, the Colosseum was once the main arena for games and gladiator fighting in Rome. As Rome was the capital of the whole Empire, it made the Colosseum a very important place. Tourists now can pay to go inside and see just how big and bold the arena itself was. As one of the most significant monuments from the days of imperial Rome, it is one landmark that demands a visit. 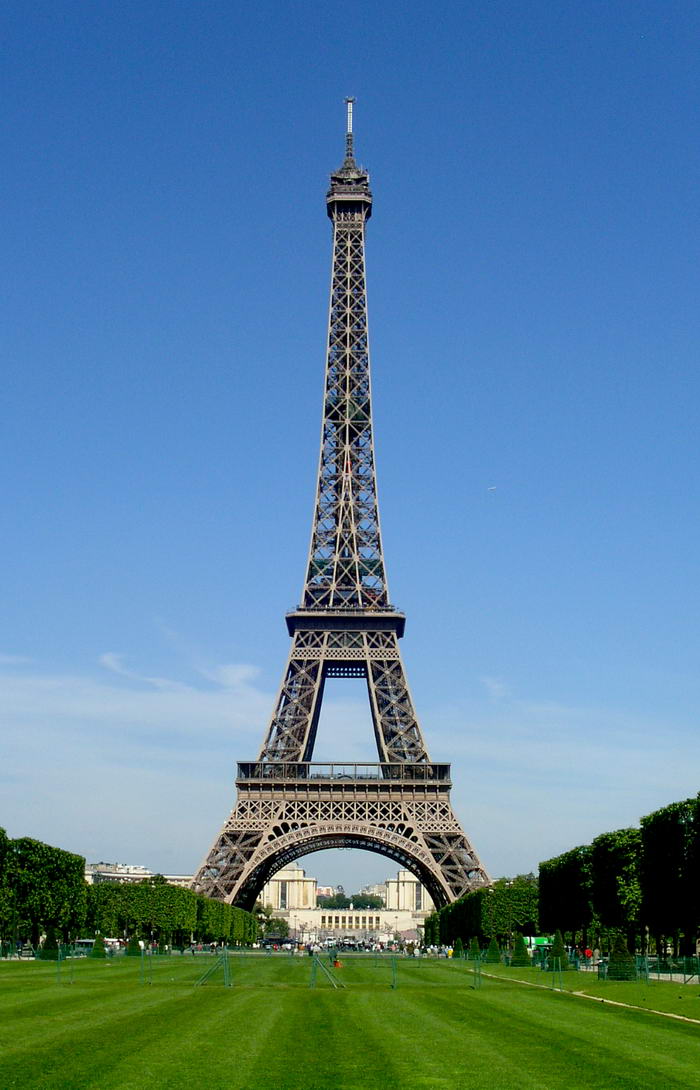 In the same vein as Rome, Paris is a city that you will fall in love with after you have visited once. Full of love, old school charm and amazing cafes, it is a fabulous place to visit in its own right. In terms of famous landmarks though, there is one that really stands out – the Eiffel Tower. Standing proud in the city skyline, it is both beautiful and impressive.
It is superb to look at from the outside but even better if you pay to go in and climb the steps. The top of the tower gives the best view of Paris and is quite something to behold. It is even prettier at nights when the many lights that adorn the outside structure of the Tower are lit up. Sitting with a coffee or glass of champagne while you watch the lights flicker close by is a wonderful treat. 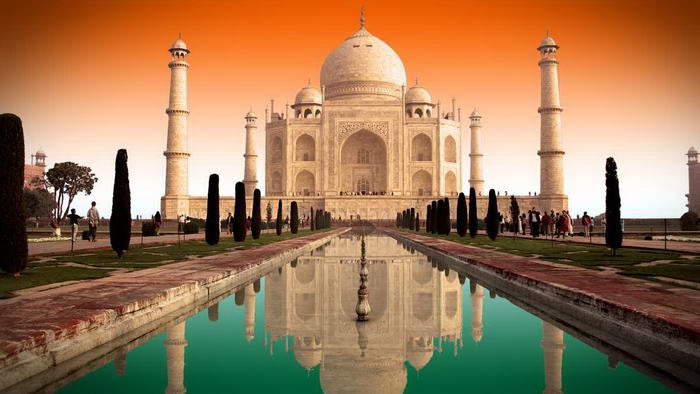 Can there be many more recognizable and famous places to visit than the Taj Mahal? The white marble mausoleum was built by the Emperor of the region after his wife died and this back story gives it even greater appeal to the public. The way the light reflects of the white marble and the majestic beauty of the buildings make this a place that you simply must go to see. Although it gets crowded in busy periods, it is just amazing.
Found close to the city of Agra, it is exotic and alluring, much like the country of India itself. A walk around the grounds to take in the natural beauty they offer is also recommended so you get the full effect of a visit to this historic site. There is a famous bench to sit on also in front of the building itself and a few moments here reflecting on life are sublime. 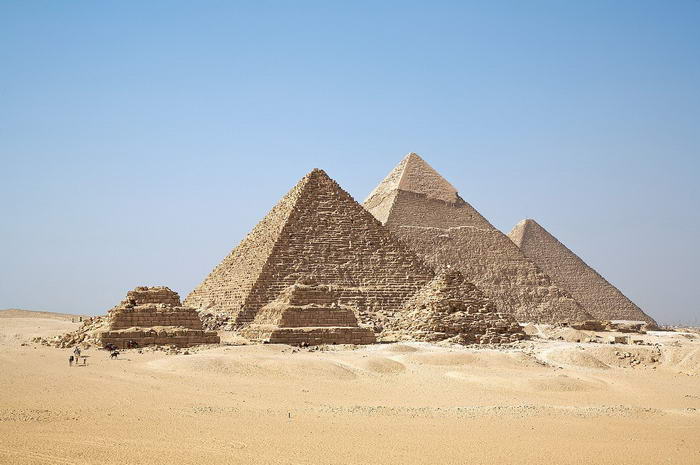 One of the original Seven Wonders of The Ancient World is the Pyramids at Giza in Egypt. A landmark known by pretty much everyone on the planet, it makes number one on our list for just this reason and how stunning it is to visit. Marking the glory of ancient Egypt, these majestic structures are as breath-taking now as they were when they were built.
Although there are a few Pyramids to look at, the most popular is the Great Pyramid. This is the oldest and largest Pyramid complex in the world and worth checking out if you are in the region. As landmarks go, you don’t get much more impressive or old than this and for that reason tourists flock to see their beauty each year.

One of the best things about being alive is the chance to travel to new places. Within that, the best thing about going to new places is to see some awesome sights you wouldn’t have otherwise. The ten landmarks on our list here represent the very best and most fantastic landmarks in the world to visit. Offering a mix of superb looks, scale and wonderment they will leave you speechless at their unarguable beauty.