So without further ado, here are the 10 Most Amazing Stadium Designs in the world… 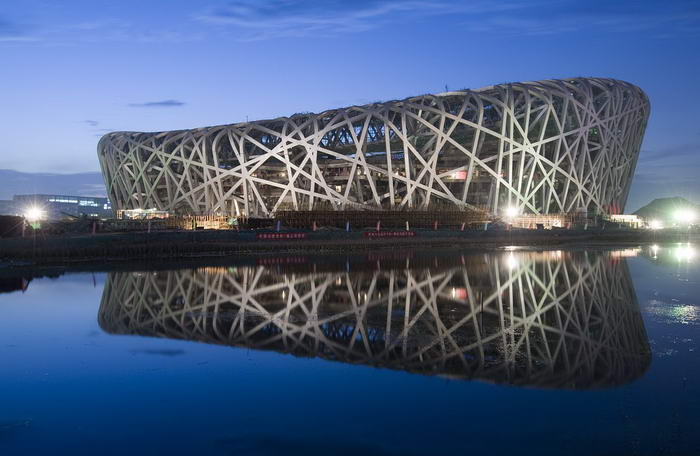 The Bird’s nest, as it is nicknamed, was built for the 2008 Summer Olympics, and is of a striking design. Main mainly of steel, it doesn’t look like any other structure in the world. Billions watched when it hosted the Olympic opening ceremony. 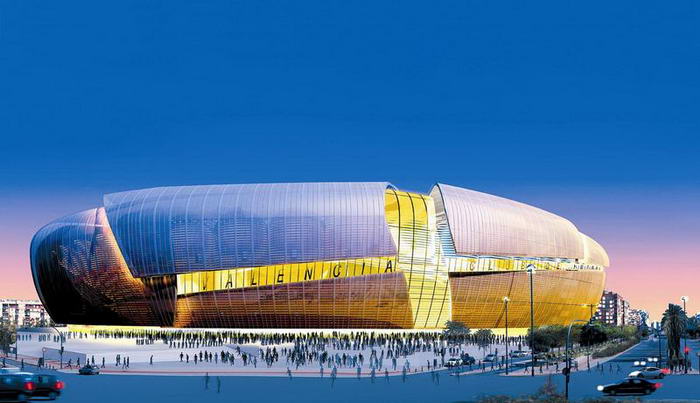 Although it’s not yet complete, this 75,000 seat stadium, being built for Valiencia CF football club is a beautiful piece of architecture. The exterior features an abundance of aluminium, with lots of wood inside. It will be one of the largest and most attractive football stadiums in Europe. Some clubs have expressed interest in changing from grass to artificial turf, but it is not yet known what Nou mestalla will feature. 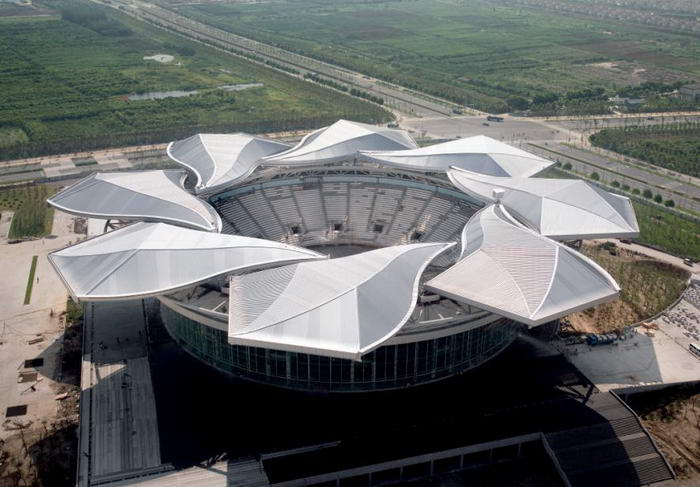 This Chinese sports arena looks just like a flower from above. The petals are actually a moveable roof, and can slide into place in just eight minutes. It’s both incredibly beautiful, and very functional. 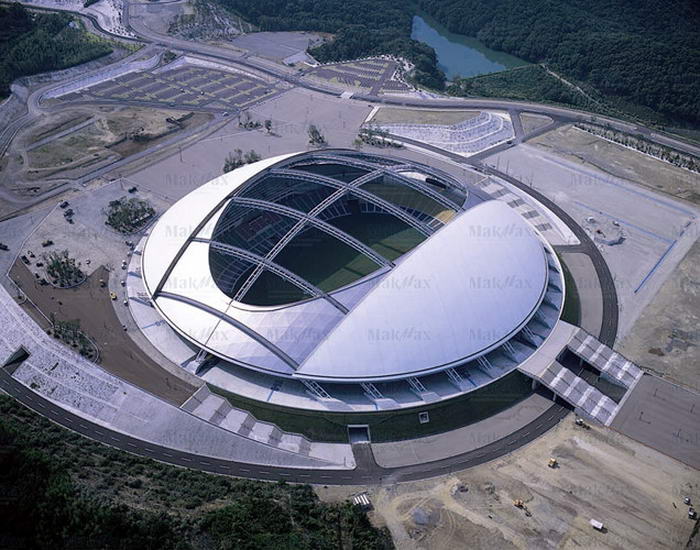 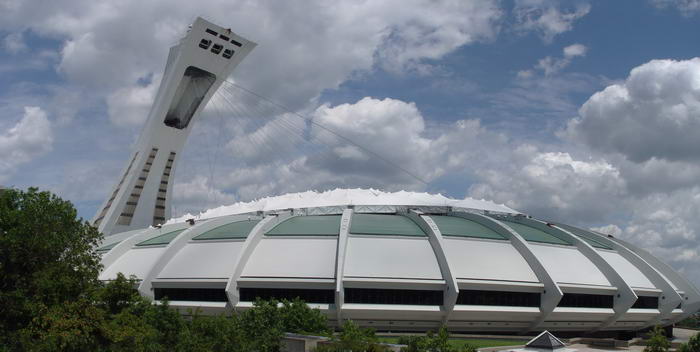 The Olympic Stadium in Quebec has one of the most impressive methods of retracting the roof that you’ll see anywhere. A 175 metre tower that sweeps above the arena is what opens and closes the roof. 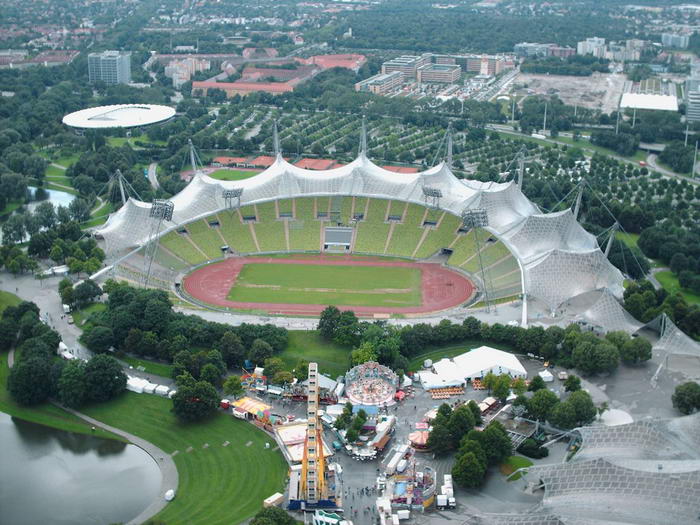 The Olympic stadium in Munich, not to be confused with the one in Berlin, is the former home of Bayern Munich football club. It is unmistakeable in its appearance, featuring an array of tent-like spires around the edge. It seats around 80,000 people. 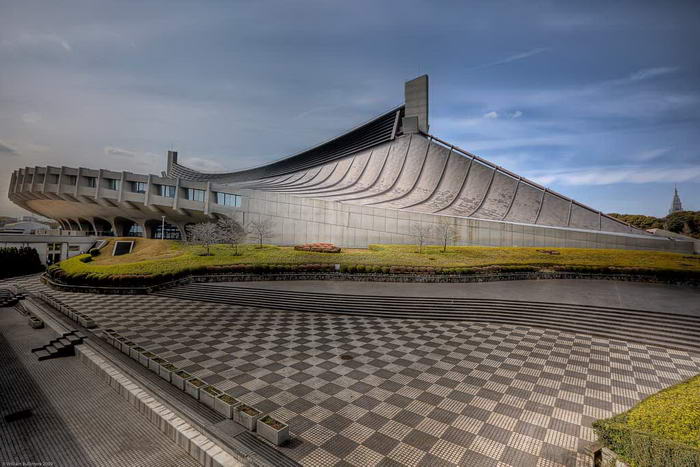 Famous for its amazing roof, the Yoyogi National Gymnasium is located in a park in Tokyo. While it may be one of the smallest stadiums on this list, seating just 13,000 people, this ice hockey and basketball venue is beautifully designed nonetheless. 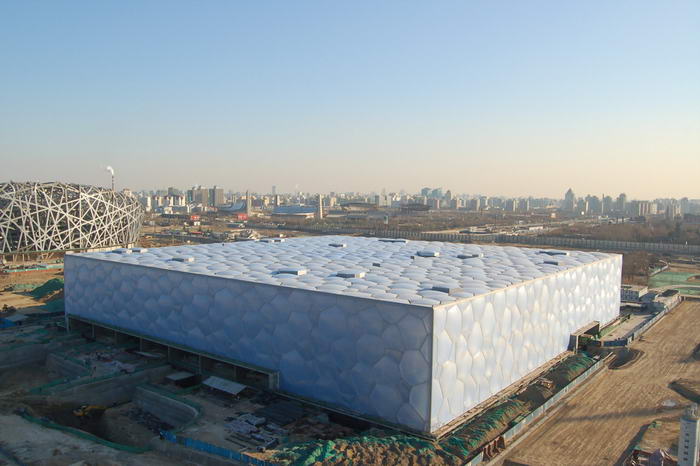 Also built for the 2008 summer Olympics, this aquatics center is actually a very plain cube shape. It gets on this list however, because of the awesome multi-coloured bubble design that goes all the way around it. 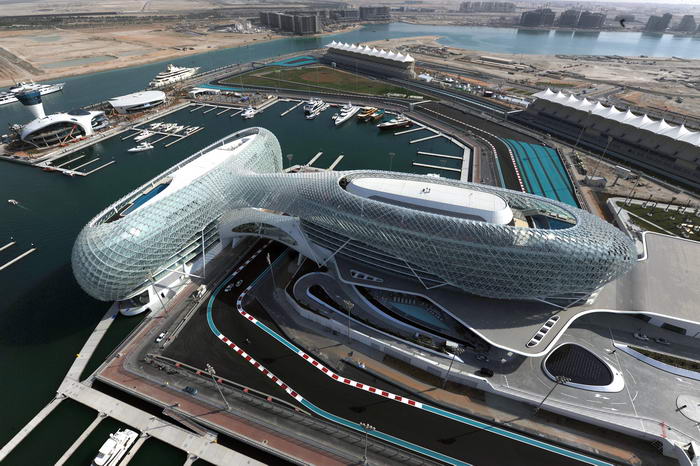 The only racing track on the list, the Yas Marina Circuit’s spectator stand is nothing short of spectacular. Being on the inside of the track, it has a completely different design to most stadiums, which makes it amazing to look at. 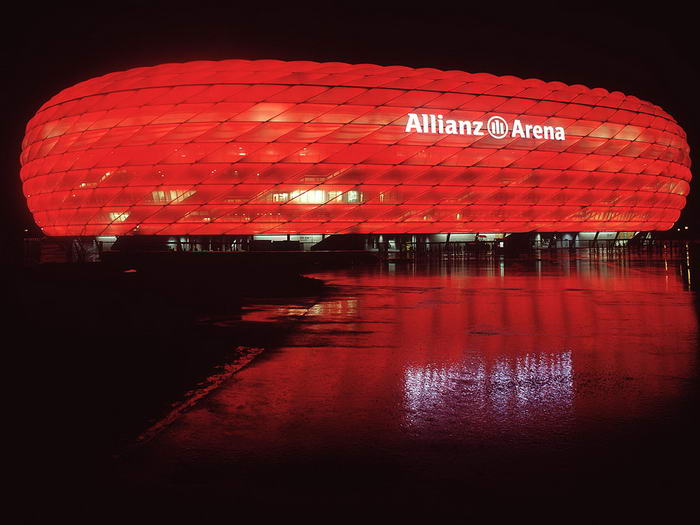 The current home of Bayern Munich is undisputedly the coolest arena in the world. It is the first one to feature a full colour change function on the outside, to accommodate the different teams that might play there. It’s red for Bayern, blue for 1860 Munich, and when turns white when the German national team are at home. It can also show a mixture of any of them.