For something so important and well-planned as politics, there have been some massive blunders through its history. From sheer bad luck to immense errors of judgement, it seems that there is always something lurking around the corner to trip the unsuspecting politician up. It is not a modern-day phenomenon either as this list will show. It seems that as long as people have been in politics there have been major gaffes for us to laugh at.
Here’s the ten biggest political blunders ever: 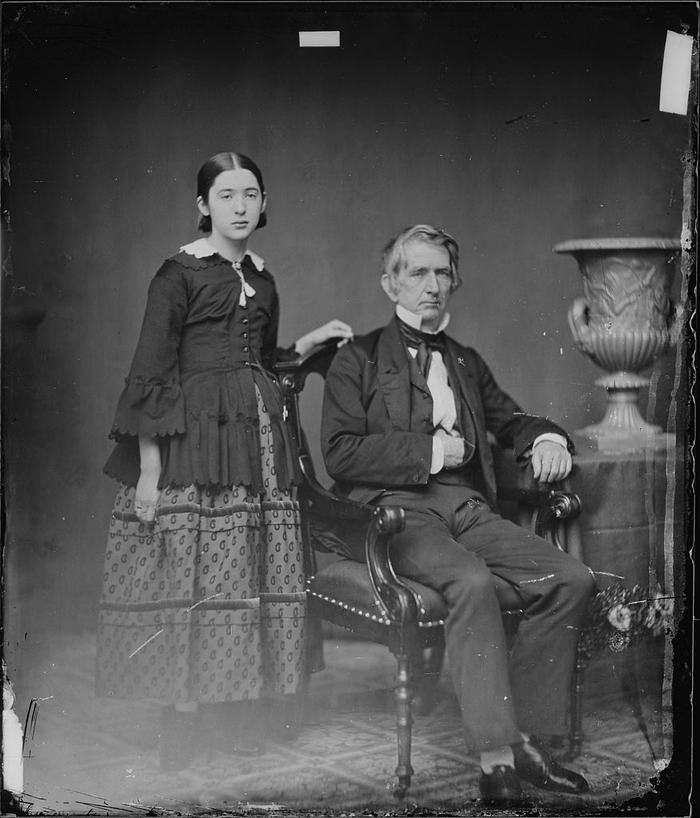 Coming into the 1860 election, former New York Governor William Seward was top guy for the Republican Party Presidential nomination. In a big blunder, he decided to take a trip through Europe and Asia prior to the party’s convention when his nomination would be announced. Although he had a great time, it was very costly to his plans to become President.
While he was away, a then unknown called Abraham Lincoln snuck in and stole the nomination from under his nose. As we all know, Lincoln went on to win the election and become President which is the role Seward had seen for himself. In truth, it turned out ok for Seward who became Secretary of State in the Lincoln Government but it could have been so much more for him. 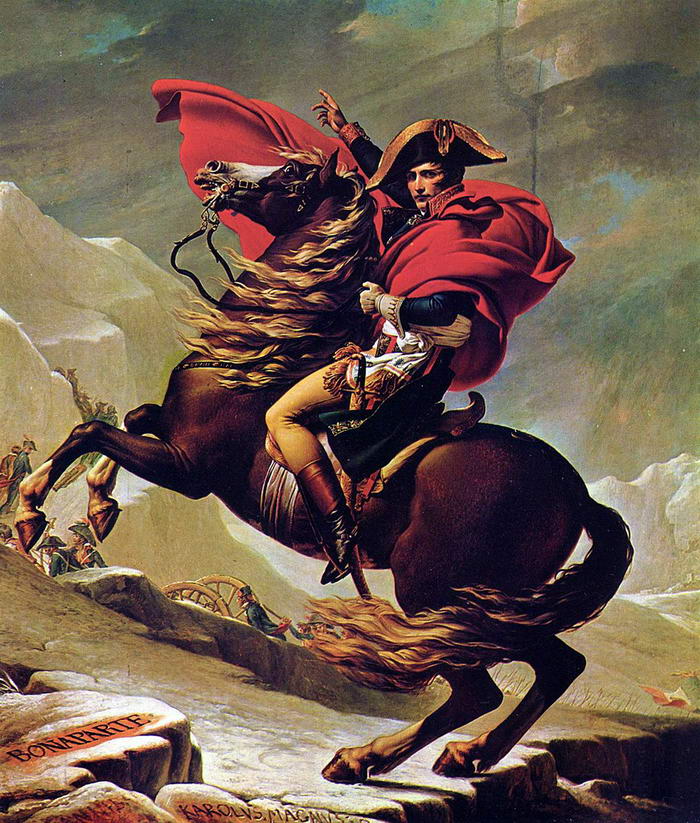 During the Napoleonic War between France and England, Emperor Napoleon of France used trade sanctions as well as military strength to try to win. One part of this was the Continental Trade Blockade he tried to enforce that stopped all countries under his charge from trading with England. This included most of Europe by then such was France’s power in world politics.
The trouble was that it just didn’t work and also set him on an ill-fated collision course with Russia! England had such Naval superiority that it simply avoided the French blockades and continued to trade wherever it liked. In addition, it could travel to other places such as South America to trade. The biggest loss to Napoleon though was the conflict it created with his own allies and the weakening of France’s overall position at the time. 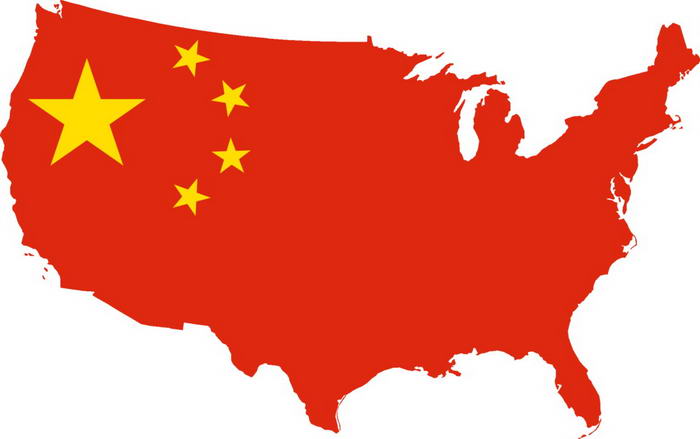 By the time the 15th Century began, China was a major player in the world. The ruling Ming Dynasty had established trade routes all over the globe and embarked on an impressive period of growth. Suddenly however the Chinese Government ordered all ships and merchants back to China immediately. This led to a long period of isolationism until the 1800’s and saw China fall from its powerful position in world affairs.
The reason behind this decision was two-fold. Firstly, the popular Confucian philosophy preached self-reliance which the Ming rulers took as a sign to withdraw into itself. Secondly, the Chinese were having problems with Mongol invasions and pirates on its marine borders and so was drawing its resources back to help stabilise things. 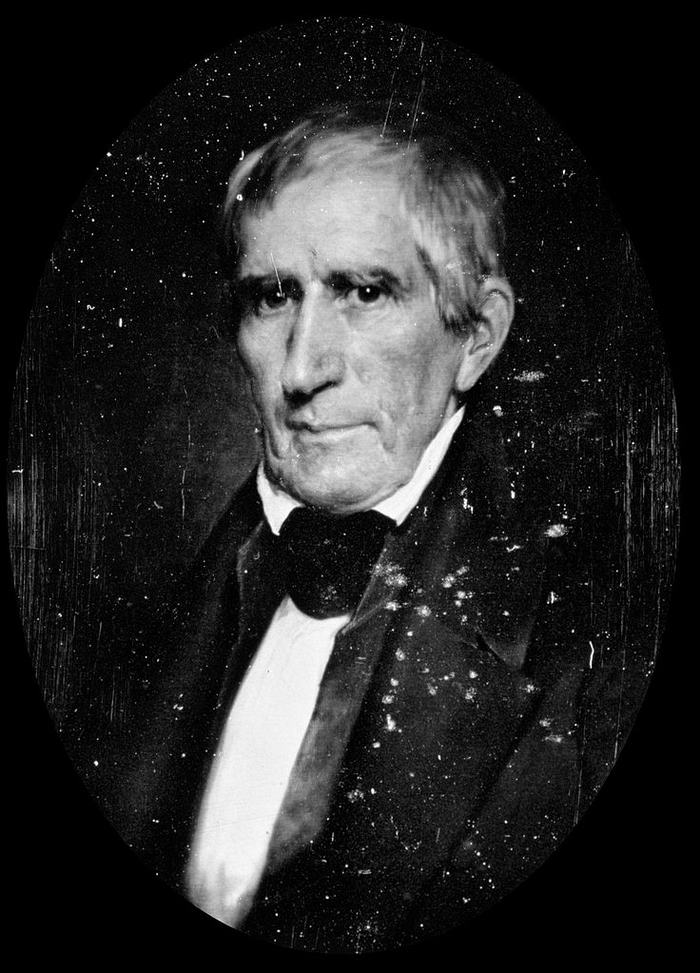 Coming to power in 1841, newly elected President William Henry Harrison made an immense cock-up for his inaugural speech at the White House. The day he gave it on was sub-zero and thus freezing for the President and those present. Being a former soldier and farmer, Harrison decided he didn’t need a hat, gloves or coat like everyone else present.
This decision backfired spectacularly though as he caught pneumonia within days. Despite all the latest cures of the day being tried, he couldn’t be cured and eventually died. In all he had been in office just one month! This gives him the dubious record of being the shortest serving US President in the whole history of the country! 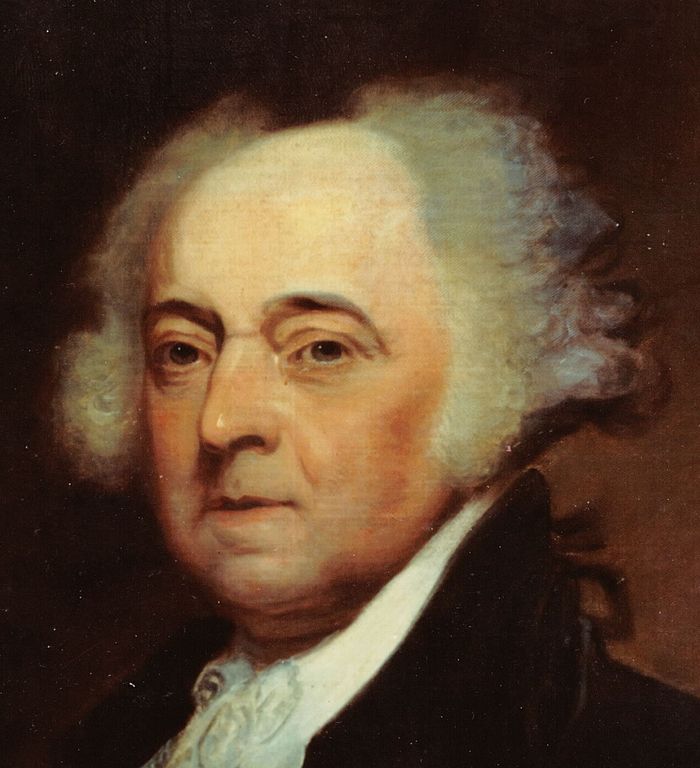 In 1798, President John Adams was a worried man. The recent French Revolution had left him and the Federalist-dominated Congress that the general populace were ready to rise up in America. To avoid this, they passed the hugely controversial Alien and Sedition act.
In the act, the US Government was given the right to depot any ‘alien’ they deemed a threat to the security of the country. It also gave them powers to arrest anyone who was spreading malicious or scandalous gossip about the Government. In effect, it was designed to crush any disquiet and keep a lid on the general public’s potential threat. The problem was that it was in total opposition to the newly minted American Constitution and so a huge own goal for Adams. Before long, Thomas Jefferson would be in power and repeal most of the act.

05 – King Philip II Entrusts The Armada To The Wrong General 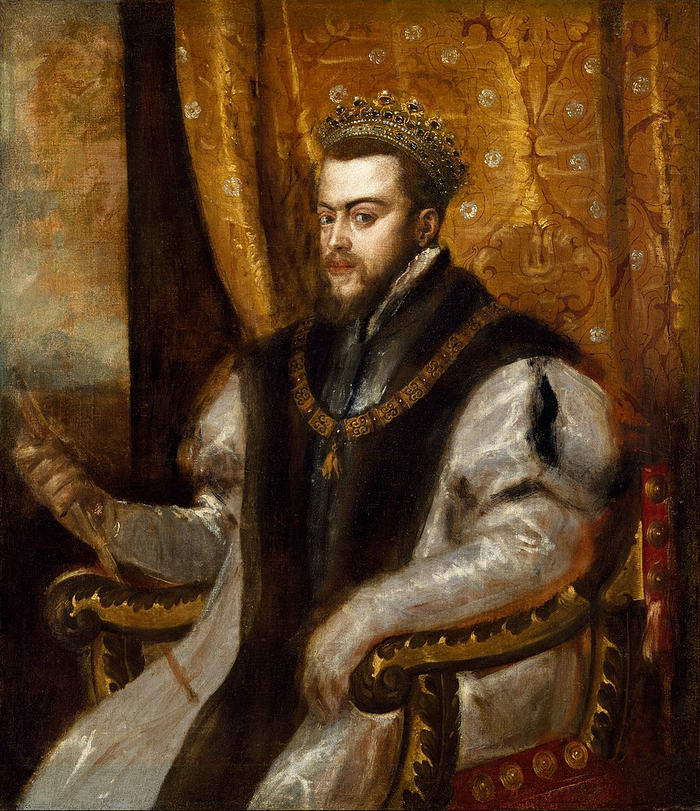 Spain was a real player in naval warfare during the 15th and 16th Centuries. This dominance led to an over-confidence that saw King Philip II make a fatal blunder when planning for his assault on England in 1588. The key part of this plan was the massive and invincible Spanish ‘Armada’ which was a fleet of warships destined to cross the English Channel and start the invasion.
In what was an interesting choice, King Philip chose to appoint a land-based Army General in charge of the Naval Armada. What could possibly go wrong?! His total inexperience in sea battles was obvious whenever the ships duelled and his sailing skills were so bad he led the Armada into the roughest parts of the North Sea. By the time the once mighty Armada had reached the English Channel, the English Navy was waiting to make short work of them!

04 – Atahualpa Loses The Incan Empire After Getting Drunk 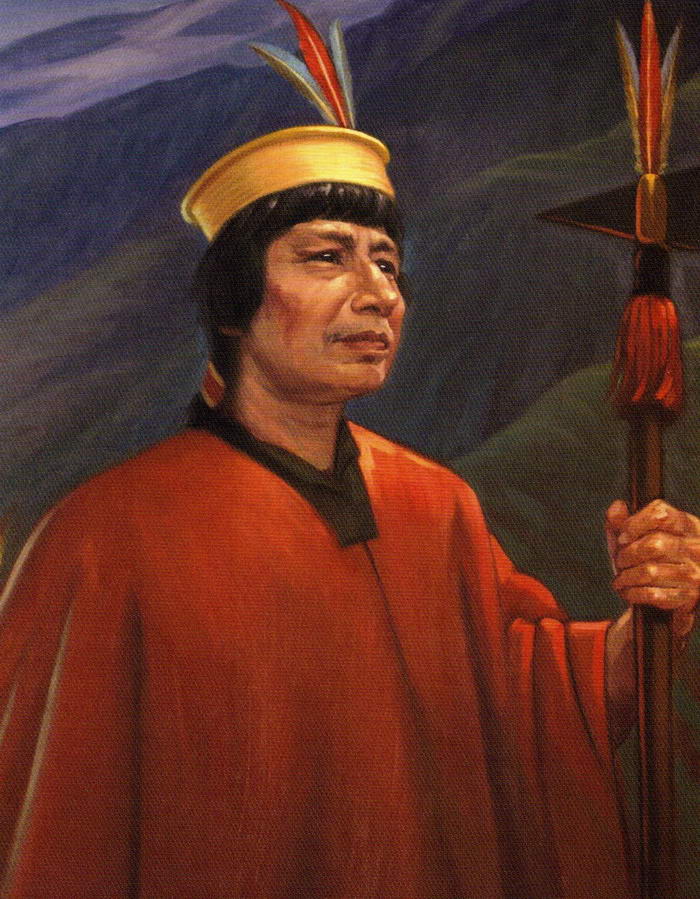 The Incan Empire was once a mighty and vibrant culture that reigned in the region around modern-day Mexico. It probably would have remained that way if not for this deadly blunder by its ruler Atahualpa! Having only just taken over control of the Empire from his half-brother, Atahualpa was in a mood to celebrate. Nothing wrong with that – it’s just he chose to do that with the head of the Spanish invaders, Francisco Pizzaro, who were trying to take over the Incan Empire.
Pizzaro sent for Atahualpa in what was the most obvious trap in history. Believing Pizzaro to be weak and only have a small number of men with him, Atahualpa agreed to meet him and set off for the appointed meeting place. Once he got there, Pizzaro plied him with booze before making his move. Spanish soldiers killed Atahualpa’s men and took the Incan ruler prisoner. Before long the Incan Empire fell and Atahualpa had been executed. 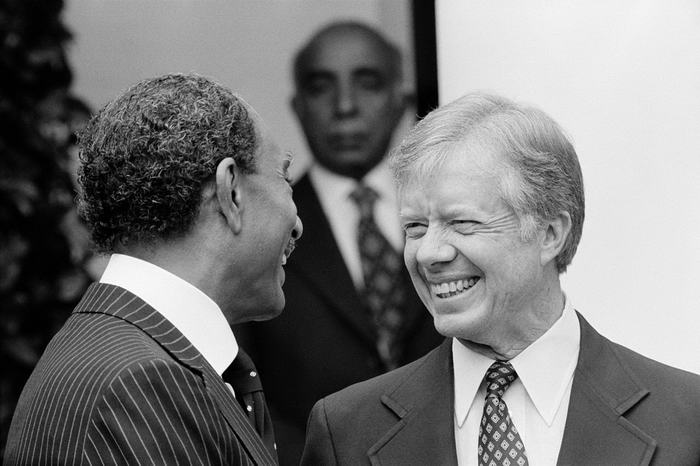 To be fair to then President of the United States Jimmy Carter, this series of political gaffes were not really his fault. The trouble occurred during his 1977 visit to Poland and was down to the interpreter he used for the first few meetings, Steven Seymour. As Carter did not speak Polish, he needed an interpreter to converse with his Polish counterparts.
Giving a speech to assembled Polish dignitaries, Carter expressed his aim to learn the Poles designs for the future. Unfortunately, his interpreter actually translated that phrase to say Carter desired the Poles carnally which caused much confusion! Following that, Seymour mis-translated Carter’s remarks about leaving the US for the Polish visit into the President fleeing the country for good. Seymour’s final bow was to tell the assembled Poles that he had nothing but contempt for the Polish constitution when he had in fact been praising it. Obviously, a new translator was soon found for the rest of the tour! 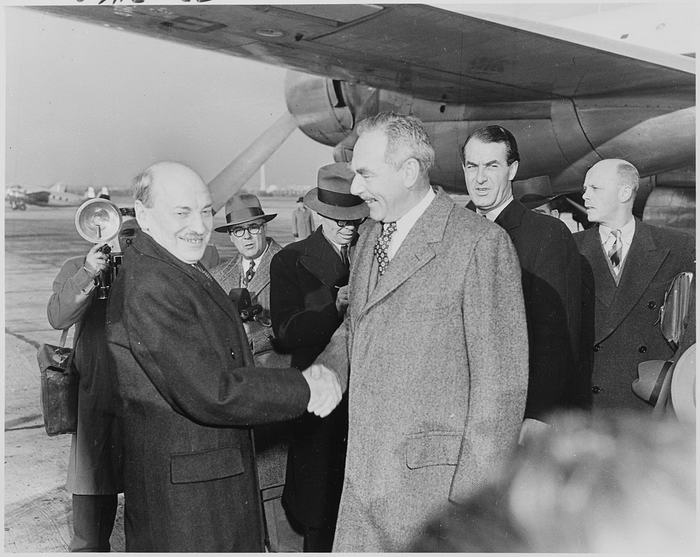 It isn’t that often that what is not stated in a speech can start a war but that is what happened in this case! Dean Acheson, who was US Secretary of State in 1950, gave an infamous talk at the National Press Club in January of that year. In it, he warned all Communists and their allies to stay away from any countries who America was friends with. Not only that but he also claimed America would protect these friendly countries from any interference from Indonesia to Japan.
If that doesn’t sound too bad, you would be right – however, it is just what he didn’t say that caused the Korean war. The countries he mentioned didn’t include Korea so the Communist countries took this as an invitation to invade them as America would not act. When North Korea invaded South Korea a few months later, they obviously did and the Korean war took place. 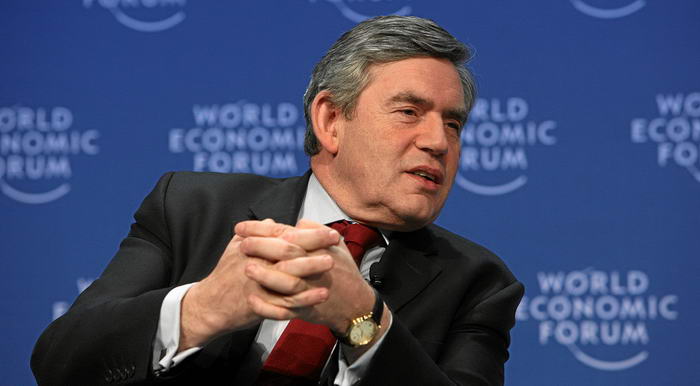 Poor old Gordon Brown – once a highly respected politician and key member of the Tony Blair cabinet, it all fell apart when he finally became Prime Minister in the UK. Unfortunately for Brown, he came into the job as a world recession loomed and also was not great at dealing with people or the press. All this contributed to a disastrous reign with this being one of the worst blunders he made. Interestingly this was made when Chancellor and in charge of Britain’s finances under Blair but had far reaching consequences into his reign as PM.
When New Labour came into power in 1997, Britain had a large gold reserve that were to be kept for emergencies or as a backing currency. Upon coming into Government, Brown decided to diversify Britain’s portfolio and sell off some of this Gold reserve. Although not a bad idea in principle, there were two main flaws to Brown’s stance. Firstly, he sold off far too much Gold (around 60%), leaving Britain dangerously short. Secondly, he sold it at rock bottom prices due to the Gold market been at an all-time low. Within a few months of selling, the Gold price recovered and it turned out Brown had lost the British Government around £4 billion in revenue by selling so low. Whoops is the word!

As you can see, the curse of politics can hit anyone from UK Prime Ministers to US Presidents. I guess whenever there are humans involved then there will be human error to mess everything up. This is unlikely to change in the future so keep an eye on the world political news for more cock-ups and embarrassing mistakes!