It’s fair to suggest that everyone reading this article will have – at least at one point – wondered what they’d do if they won big one day, right? And, although gambling is doing just that – taking a gamble – it would be nice to buy your dream home one day, in cash. For the fortunate few their fantasy has become a reality, and no matter how they’ve struck it rich, there’s always a story behind those wins, from admirable charity donations to prosthetic purchases. Let’s take a look at some of the most interesting tales out there.

For those of a nervous disposition, it’s probably best to skim over this one.
When James Wilson was clearing his wallet of old receipts and scraps of paper, he found some old lottery tickets in amongst them. Thinking he’d check them, just in case, it was then that he realised he had, in fact, been stashing a winning EuroMillions ticket worth a cool £51million (plus the change).
And if you thought that was incredible, get this. It turned out that this glorious piece of paper was almost six months old and Jim had only one day to claim it – 24 hours later and his winnings would’ve been on their way towards supporting National Lottery projects. Wow.

Aaron Smith and his family decided one Christmas to act as though they’d won the bloomin’ thing – they even posted ‘winning’ photographs to Facebook. Guess what? When our boy Aaron checked his pocket, he found a winning (no inverted commas this time) slip in there worth £1 million.

Here’s a story to remember. Back in 2013, Canadian Tom Crist was on a golfing holiday in California when he was telephoned the news that his numbers had come up on the Lotto Max. Just the word ‘max’ tells you he was in for a substantial windfall, and indeed Crist was to the tune of $40 million.
That story could’ve finished there but there was a further twist. Tom kept the news a secret from everyone for several months until it came to transferring some funds when he realised he couldn’t keep things hidden from the press anymore. So, he told journalists about his plans for the cash – that he was going to give it all to charities. Why? Well his wife had died of cancer a year previously and he was already in a position to look after himself and his children before the lottery win, thanks to a successful 44-year career. He set up a goodwill fund and with the help of his kids passed his winnings on to a number of deserved charities.

It turns out having a poor memory isn’t all that bad – as long as you happen to be having the luckiest day of your life.
Derek Ladner was certainly in the first group of people on the day he purchased his winning lottery ticket. Actually, that should be two tickets. He always played the same numbers but on this occasion could not remember whether he had already played. He had, and ended up scooping a doubly handy £958,284.

If you ever thought that lottery winners merely spend their cash on things they don’t need, then you’ve never heard the story of Tony and Greta Dodd. They were fortunate enough to bag almost two-and-a-half million pounds on the UK and Isle of Man lottery. Tony loves golf and Greta is big on her line dancing, but troublesome knees put paid to those activities a while back. However, the first dip into their unexpected riches was to each pay for a pair of brand-spanking new knees. An unusual splurge, yes, but it did mean they could get back to thoroughly enjoying those pastimes again. 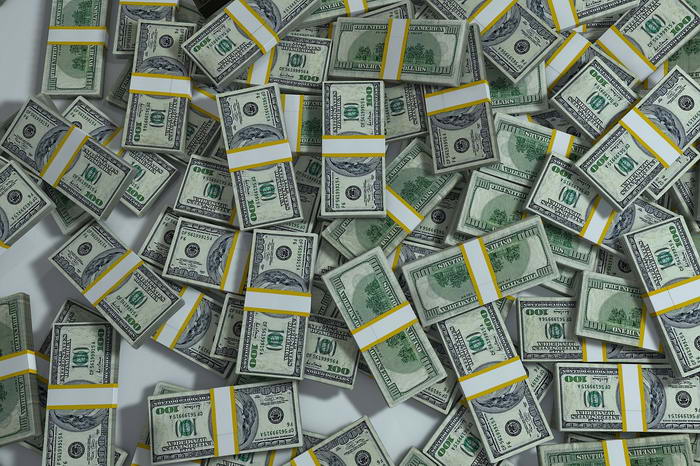 The best casino game to play if you’re a novice, you might know, is craps. The reason is that the house doesn’t have a high edge on the gambler and it’s all down to luck, rather than skill. Still, when Patricia Demauro stepped up to roll the die one Saturday evening on the tables at Borgata Hotel Casino and Spa, little did she think she’d be walking out with a few hundred thousand dollars better off.
In a streak that lasted four hours and 18 minutes, the New Jersey grandmother rolled an incredible 154 times without hitting a seven – an unofficial world record. The more you read that line, the more it sounds like something that could only happen on the tables of an online casino, not in real life!
No one really knows how much she walked out with but it’s probably fair to say the grandkids were treated quite well the next time their birthdays came around. Not bad for her second time playing.

Here’s a story that’s certain to have played out across the globe but one that’s incredible all the same.
Peter Edwards, grandfather of Harry Wilson, decided to place a bet on his fledgling superstar of a grandson going on to represent Wales, way back in 2000 when the younger of the two was only a toddler. The odds that were given to him were 2,500-1 but he thought it was still worth a cheeky £50 bet.
Some talent scout Edwards turned out to be, as Harry went on to become the youngest player ever to represent his country, coming on as a 16-year-old substitute against Belgium. That landed Peter £125,000 and meant he could retire early.

Back in 1964, with the race for space between America and Russia heating up, young David Threlfall heard President Kennedy confidently state that he would help to put a man on the moon by the end of the decade.
Threlfall wasn’t into his betting but he was a sensible man, so after hearing this he called around and found a bookmaker that was willing to accept a £10 bet at odds of 1000-1 that man would indeed walk on the moon by January 1st 1970.
There’s no need to explain in too much detail what happened here (unless you’ve been living under a rock) and after turning down thousands of pounds to buy his ticket, Threlfall found himself standing in the London ITV television studios to be presented with his cheque for £10,000 (about £127,600 in today’s money). He will have been over the moon…!

Heard of Fred Smith? Maybe you know ‘a’ Fred Smith but this is referring to a specific man here: the founder of FedEx.
Back in his company’s early days, things weren’t looking too rosy for Smith. With only $5,000 in the bank and a jet fuel bill about to come out (for $24,000), he was looking at having to declare himself bankrupt and close up shop – especially when his search for a loan had proved fruitless.
Now, it goes without saying that this is not advisable practice, but Fred decided to take his remaining money and head out to Las Vegas with a desperate eye on the blackjack tables. He won $27,000, paid off the fuel bill and fortunately found further backing shortly after. The rest, as they say, is history.

It’s not always fun and games, which is worth bearing in mind – always gamble responsibly.
Winning a bundle is fun. Being accused of cheating, not so. Unfortunately for Phil Ivey, one of America’s brightest young poker players, that’s exactly the position he found himself in.
After clearing £7.8 million on baccarat over the course of one day, Ivey was handed court papers claiming he’d devised a scamming system with an accomplice in order to weigh the odds in his favour. According to reports, Ivey and co. noticed that one deck of cards being used had an asymmetrical design, which when turned a certain way hinted at the number of the card shown on the reverse.
You might think asking to have cards laid out in a certain way would set alarm bells ringing, but Ivey’s partner used some questionable stereotype of ‘superstition’ to convince the dealer that doing so would grant him better luck.
Ivey disputed the claims but lost his court case, having to hand back his winnings and pay costs (he was allowed to keep his £1 million stake, for what it’s worth).