Snakes are one of the most dangerous species in wild life. They are a lot of different snake families.They all have one common feature. All ”Natural Born Killers”. Check out 10 of the most venomous snakes in world 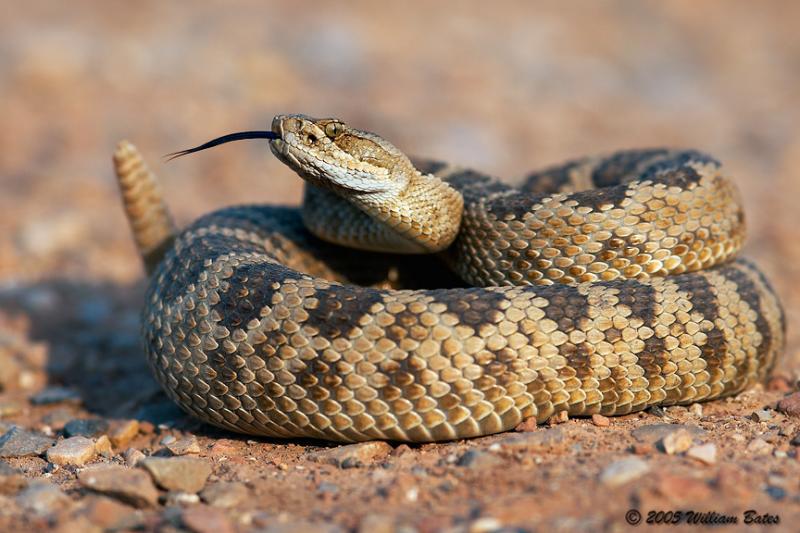 Rattlesnakes are predators who live in a wide array of habitats.They hunt small animals such as birds and rodents. They kill their prey with a venomous bite, rather than by constricting. All rattlesnakes possess a set of fangs with which they inject large quantities of hemotoxic venom. Rattlesnake bites are the leading cause of snakebite injuries in North America, and cause approximately 82% of fatalities. However, rattlesnakes rarely bite unless provoked or threatened; and if treated promptly, the bites are rarely fatal. 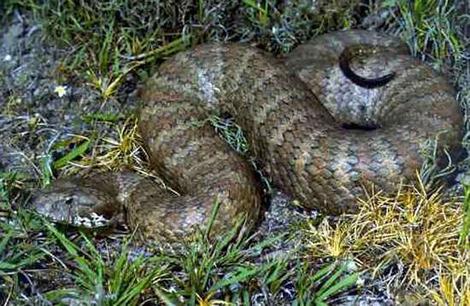 Death adders are very viper-like in appearance, having a short, robust body, triangular shaped heads and small subocular scales. . They typically inject around 40-100mg of venom with an LD of 0.4mg-0.5mg/kg. An untreated Death Adder bite is one of the most dangerous in the world. The venom is a neurotoxin. A bite causes paralysis and can cause death within 6 hours, due to respiratory failure. Symptoms generally peak within 24-48 hours. 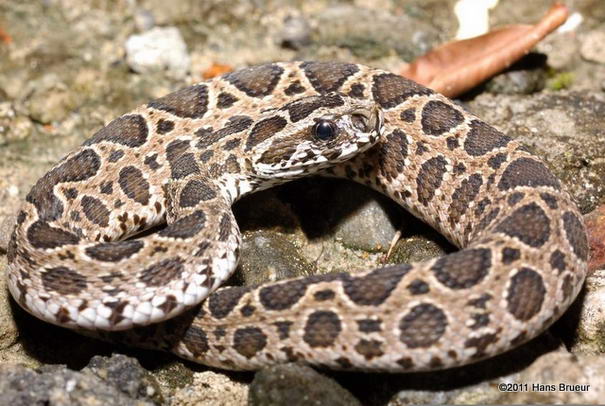 The Viperidae are a family of venomous snakes found all over the world, except in Antarctica, Australia, Ireland, Madagascar, Hawaii. They are quick tempered and generally nocturnal, often active after rains. They are also very fast. Most of these species have venom that cause symptoms that begin with pain at the site of the bite, immediately followed by swelling of the affected extremity. Bleeding is a common symptom, especially from the gums. There is a drop in blood pressure and the heart rate falls. 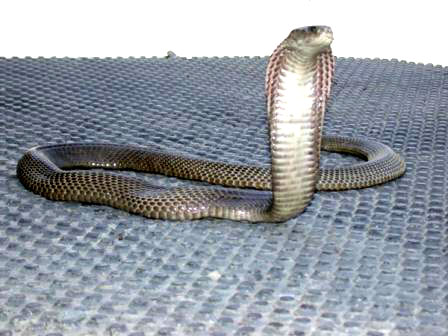 The Philippine cobra also called Northern Philippine cobra, is a stocky, highly venomous spitting cobra native to the northern regions of the Philippines. Its venom is the most deadly of all the Cobra species, and they are capable of spitting it up to 3 metres. The venom is a neurotoxin which affects cardiac and respiratory function, and can cause neurotoxicity, respiratory paralysis and death in thirty minutes. 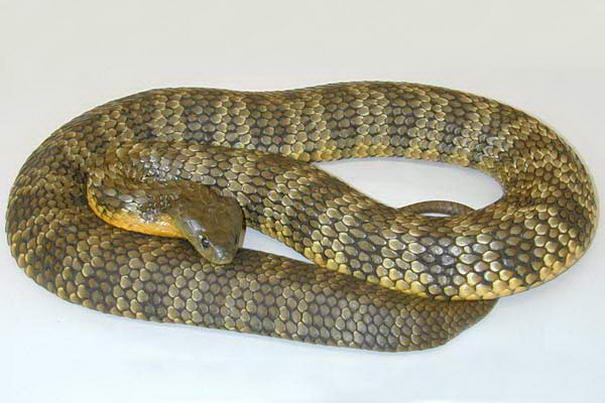 Tiger snakes are a type of venomous serpent found in southern regions of Australia, including its coastal islands and Tasmania. These snakes are highly variable in their colour, often banded like those on atiger, and forms in their regional occurrences. Death from a bite can occur within 30 minutes, but usually takes 6-24 hours. Prior to the development of antivenin, the fatality rate from Tiger snakes was 60-70%. 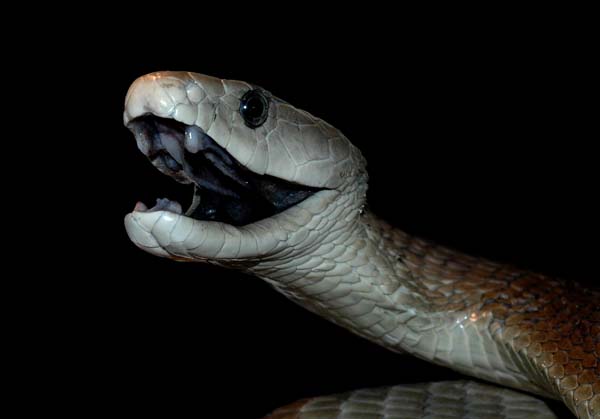 The black mamba also called the common black mamba or black-mouthed mamba,[4] is the longest venomous snake in Africa, averaging around 2.5 to 3.2 meters (8.2 to 10 ft) in length, and sometimes growing to lengths of 4.45 meters (14.6 ft). It is the fastest snake in the world, capable of moving at 4.32 to 5.4 metres per second. These fearsome snakes can strike up to 12 times in a row. A single bite is capable of killing anywhere from 10-25 adults. The venom is a fast acting neurotoxin. Its bite delivers about 100–120 mg of venom, on average; however, it can deliver up to 400 mg. 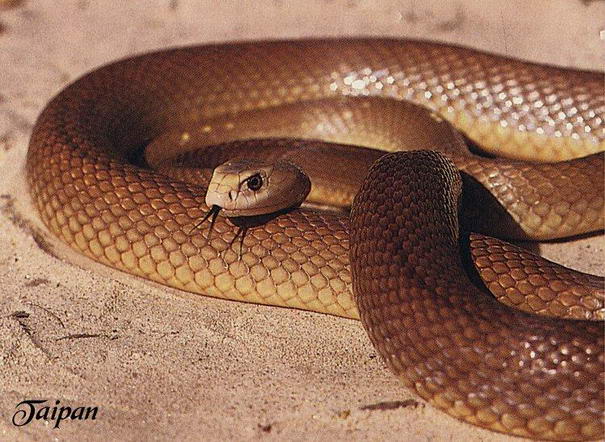 The venom in a Taipan is strong enough to kill up to 12,000 guinea pigs. The venom clots the victim’s blood, blocking arteries or veins. It is also highly neurotoxic. Before the advent of an antivenin, there are no known survivors of a Taipan bite, and death typically occurs within an hour. 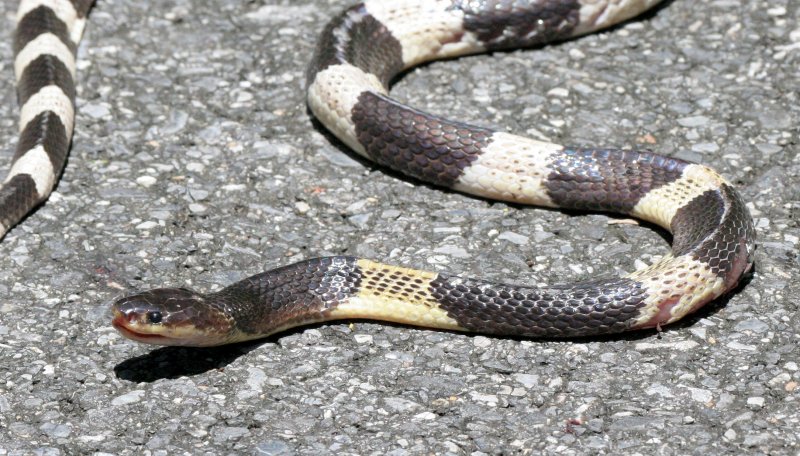 The Malayan or Blue Krait is, by far, the most deadly of this species. 50% of bites from the deadly Blue Krait are fatal, even with the administration of antivenin. Kraits hunt and kill other snakes, even cannibalizing other Kraits. They are a nocturnal breed, and are more aggressive under the cover of darkness. However, overall they are quite timid and will often attempt to hide rather than fight.The venom is a neurotoxin, 16 times more potent than that of a Cobra. 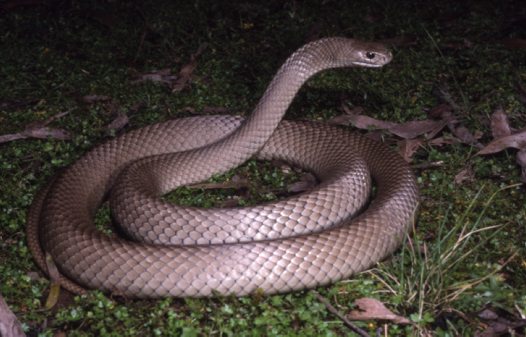 The eastern brown snake is considered to be the second most venomous snake. The Brown snake is fast moving, can be aggressive under certain circumstances and has been known to chase aggressors and repeatedly strike at them. Even juveniles can kill a human. The venom contains both neurotoxins and blood coagulants. 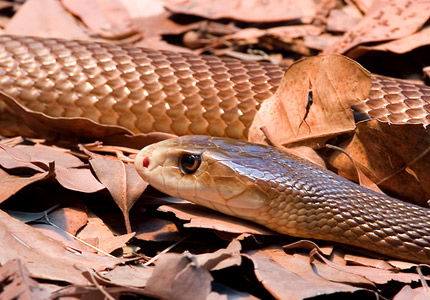 Fierce Snake, also known as the Small Scaled Snake and Indian Taipan, is native to Australia and is regarded as the most venomous snake in the world . It is dark tan, ranging from a rich, dark hue to a brownish olive-green, depending on season. It has the most toxic venom of any land snake in the world. The maximum yield recorded for one bite is 110mg, enough to kill about 100 humans or 250,000 mice!